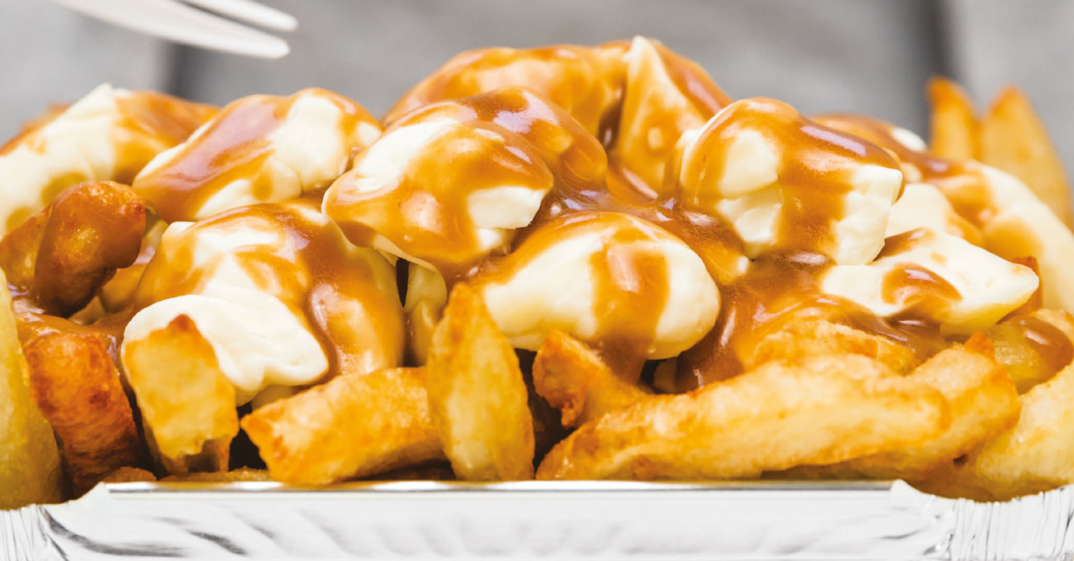 Nobody does poutine like Quebec, it’s as simple as that.

Quebec has plenty of traditional dishes that are part of our culinary scene, but none stands out as much as poutine.

The trifecta of cheese, fries, and gravy gained widespread popularity across the province in the 1950s, and though many spots claim to have invented it, its official history is quite ambiguous.

All we really know for sure: it’s mighty tasty.

Whether you’re substituting poutine as a side, devouring it as a meal, or using it as a hangover pick-me-up, poutines are as versatile as they are tasty.

As part of our ever-expanding bucket list series, today we’re going to highlight the poutines that you’ve got to try from all across Quebec.

We’re not getting complicated either. Forget the smoked meat add-ons and all the extra toppings. We’re just focusing on the traditional poutine: fries, curds, and gravy.

Here are 15 poutines that you have to try in la belle province at least once. Take note that some hours may change due to the constantly evolving COVID-19 pandemic.

Not to be confused with the La Belle Province chain, this casual spot in Lachute is immensely popular. If you’re heading up north (or if you live there), make it a point to stop by Labelle for a poutine.

The place is usually packed with tourists and locals and the dish is served in a brown paper bag, full of crispy fries, creamy cheese curds, and the perfect amount of gravy.

This small greasy spoon serves up one of the province’s best pouters. Crispy, golden fries, a beef-based sauce, and those iconic squeaky cheese curds.

You can’t go wrong. Especially in the province’s capital.

If you’re in the mood for a poutine at any time of day, every day, La Banquise has got you covered. Speaking of covered, this 24-hour joint has 30 different varieties of poutine, but their classic is absolutely tasty.

Leblanc Patates (referred to as Piven’s by locals) is an absolute meal. Their poutines are light but very tasty. For $5 extra, you can grab the famous “JD Special,” which is a poutine covered on top of a burger patty.

So you scarf down the poutine and boom, burger for dessert.

Restaurant Chez Grégoire makes it mighty enticing to give Montrealers an excuse to travel off-island.

Their fries are made from red potatoes and are double-blanched which makes them moist and unbelievably tasty. Toss in their homestyle barbeque sauce-gravy and a mountain of sliced cheese curds and your mind will be blown.

Grégoire’s take on the sliced cheese curds, makes for every forkful of poutine to have the perfect balance of cheese, fries and gravy.

It’s heaven in a plastic bowl.

Burger Bob (as its name implies) specializes in burgers but don’t skip on their classic Quebec dish.

They load their poutine with cheese curds and have a sweet gravy on top of double-blanched fries. Make the trip to Hemmingford, tackle some golf, Parc Safari, or even the apple orchards. Just don’t skip a Burger Bob poutine.

Le Chic Shack does things a wee bit different. Instead of fries, they use potatoe wedges (we’ll let it slide).

Their sauce is made in-house and the dish is served with Yukon Gold potatoes, deep-fried and mixed with the traditional cheese curds AND fresh cheddar.

Le Roy Jucep claims to be the birthplace of the poutine. While it’s a hefty claim (and one that isn’t confirmed), the diner dishes out arguably the best poutine in the province. They use a signature gravy that’s a bit on the sweet side but it all comes together.

Every bite is spectacular.

Poutines haven’t been on the menu at Chalet Bar-B-Q for a long time, but it should have been.

The poutine popped up on the staple’s menu in 2018 for “a limited time” but it doesn’t seem to be going anywhere, mostly because it’s so popular and oh so tasty.

Patate Mallette is a small casse-croûte in Beauharnois and has garnered a pretty impressive reputation of being the best poutine joint in the southwest region of Quebec.

They’ve been dishing out tasty pouters since 1956 and it’s clear why.

Chez Ashton is a no-frills spot. They stick to the classics because they do it so well.

If you’re in the mood for a poutine that’s a bit heavy on the cheese side, Casse-Croûte Du Vieux-Moulin should be on your radar.

For poutine fans on the hunt for stringier poutines, Orange Julep stands out for more than just its giant sphere-shaped exterior.

And those hours mean you can dive into a poutine pretty much at any time of the day.

Restaurant Henri started off as a food trailer in 1957 and has grown into a legendary poutine joint. It’s a bit more on the greasy side, but that’s not a bad thing when it comes to poutine.

Come on, it’s a Quebec staple.

Whether you call it LB, La Belle Pro, Belle Prop, La Belle, or LBP, each location is independently franchised. There are over 125 different spots throughout Quebec and you know what? They’re all good.

They’ve been spread out across the province since 1970, and they won’t be slowing down any time soon.

Address: Hundreds of locations across Quebec
Hours: Varies per location