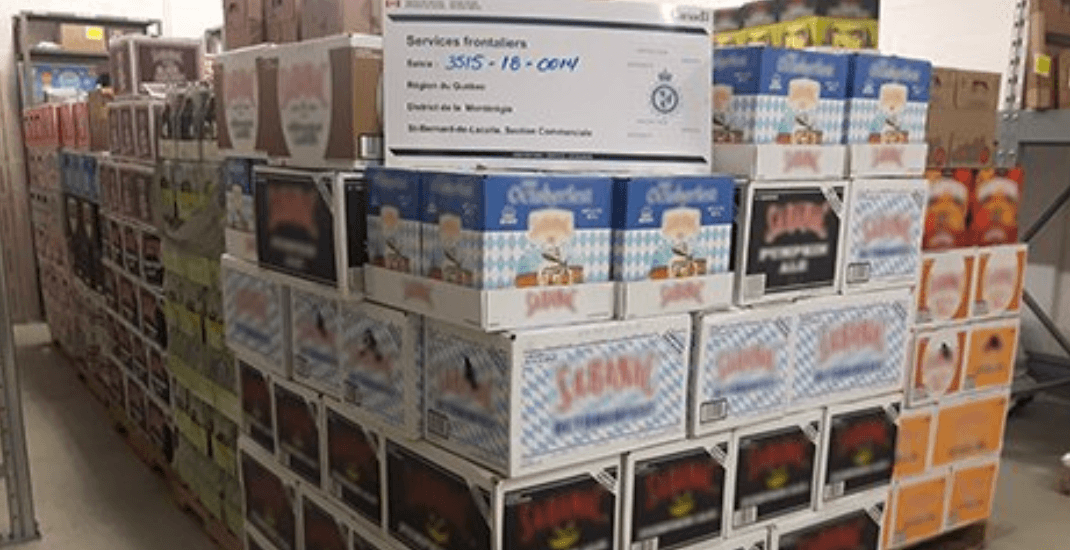 Border agents in Quebec seized a significant amount of beer at the Saint-Bernard-de-Lacolle crossing.

According to Quebec Border Services, agents discovered 6 pallets of beer cases hidden in a truck.

Significant seizure of undeclared beer in April at the St-Bernard-de-Lacolle border crossing, commercial sector. The beer was hidden in a truck in which our Border Services Officers discovered 6 pallets of beer cases. pic.twitter.com/wt90Eqbx91

Quebec Border Services tweeted a photo of the confiscated beer.

This is the second case of stolen beer that has recently made headlines in Quebec. On April 5, Montreal police asked for the public’s assistance in locating close to $500,000 in branded beer cans, beef jerky, and Jack Link’s pepperoni.

The incident happened almost a month ago on Monday, March 12, in a warehouse on Newton Street in Boucherville, when almost 20,000 cases of the products were stolen overnight. Three delivery trucks were taken from the site; the trucks were found abandoned and empty shortly after.