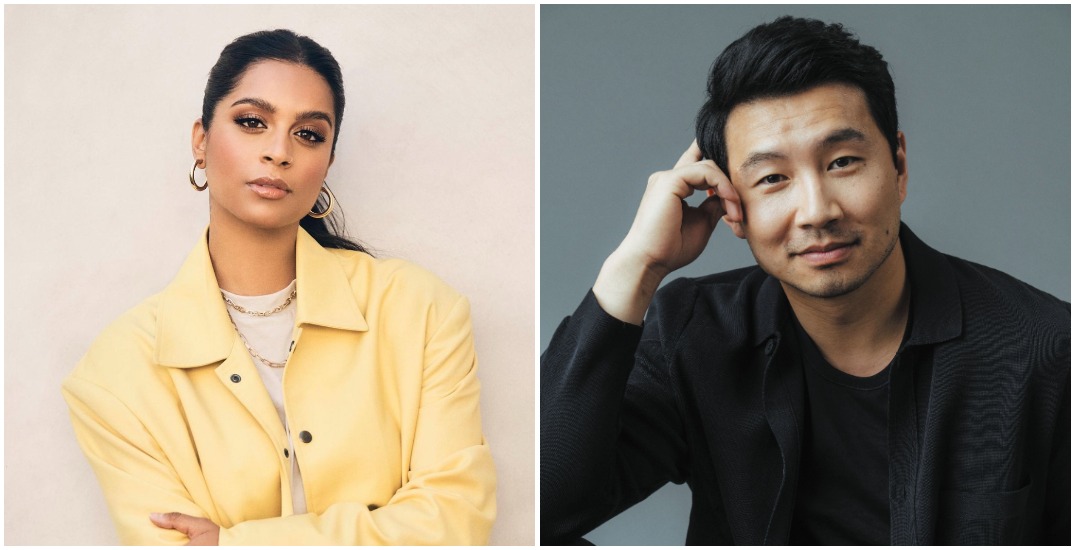 With the start of Asian Canadian Month this week, we’re shining a spotlight on some of our favourite writers across the nation. You’ll recognize some award-winning classics and discover an array of new releases.

There’s something for everyone from fiction to non-fiction, and memoirs to short-stories – and even an uplifting children’s book for the little ones.

These are 14 outstanding books by Asian Canadian authors.

We Were Dreamers: An Immigrant Superhero Origin Story by Simu Liu 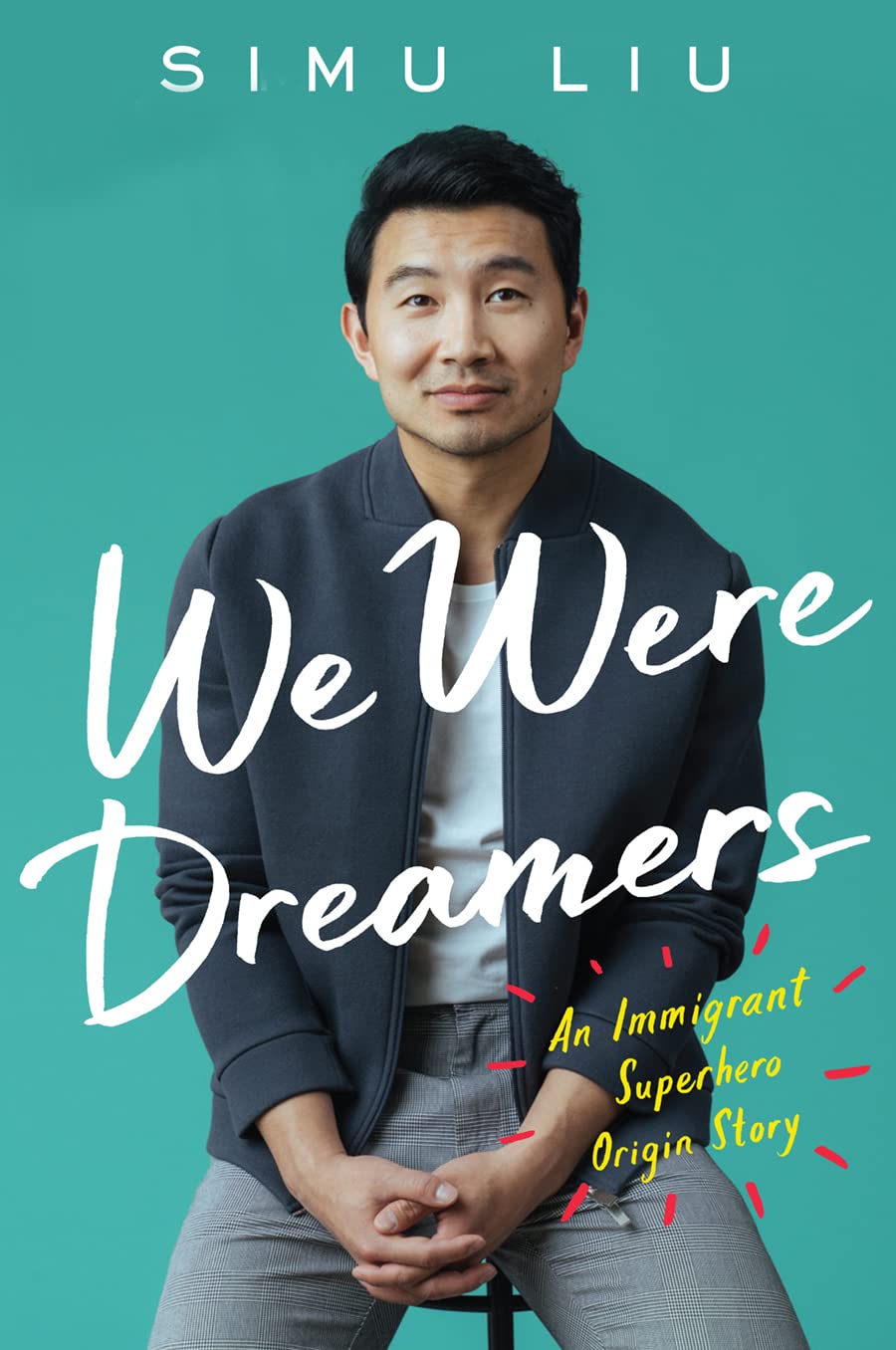 We Were Dreamers is out May 17, and charts the immigration story of one of our nation’s most beloved stars. Chronicling Simu’s journey from Harbin, China, where he was left in the care of his grandparents, to some time later when he arrived in Canada.

As he grew older, Liu’s determination to carve out a path for himself led to him becoming the award-winning superhero we know him as today. Truly captivating, and this “real-life hero’s journey is a knockout,” stated Publisher’s Weekly in their starred review. 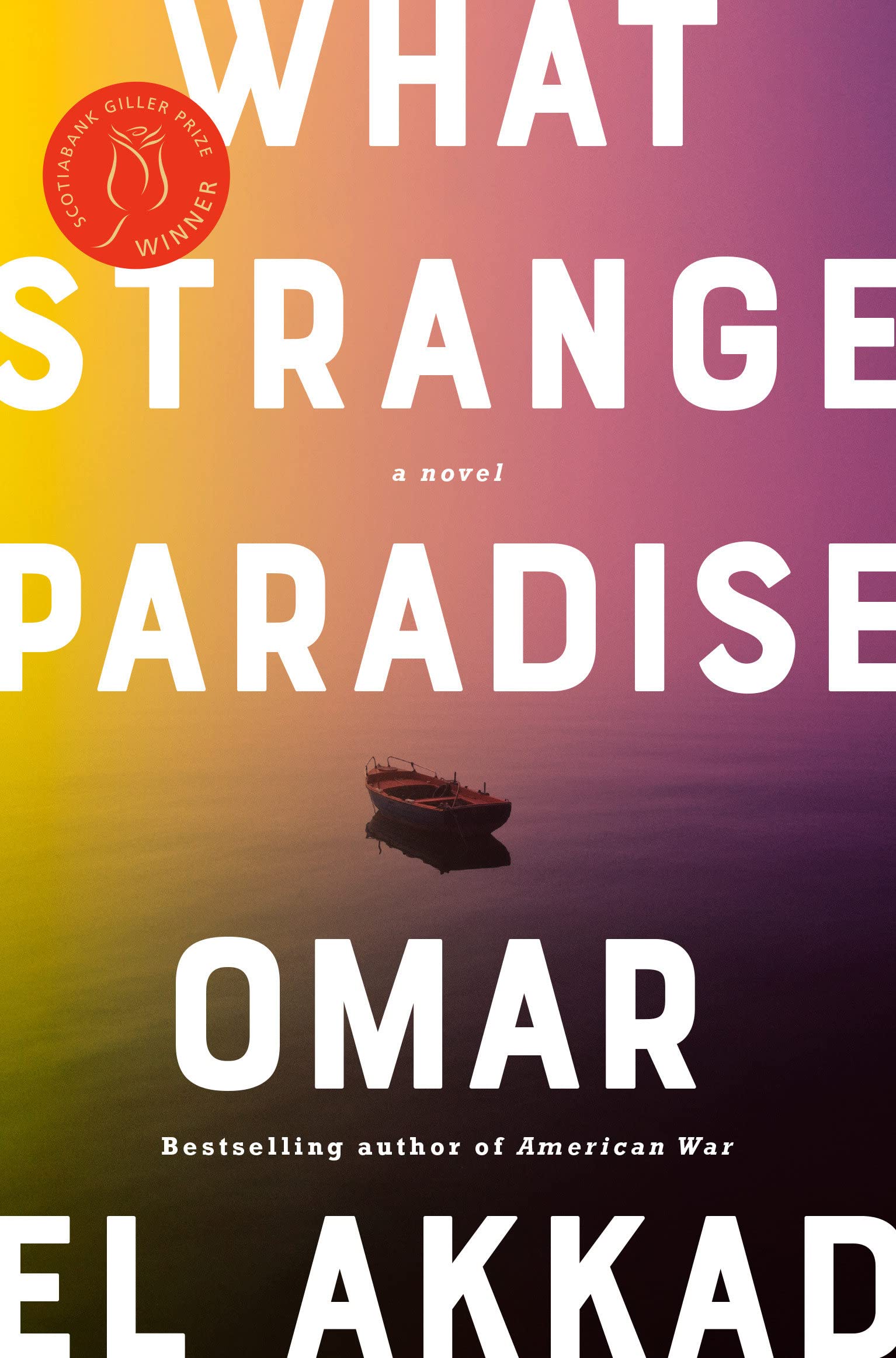 El Akkad, an Egyptian-Canadian novelist and journalist, scooped up the 2021 Scotiabank Giller Prize with his national bestseller about two young children finding their way in a hostile world. Through the eyes of a child, it’s an exquisite narrative of the global refugee crisis.

The scenes throughout are beautifully constructed, vivid and palpable – each one deeply moving. What Strange Paradise is richly atmospheric, brimming with emotion, and truly extraordinary. 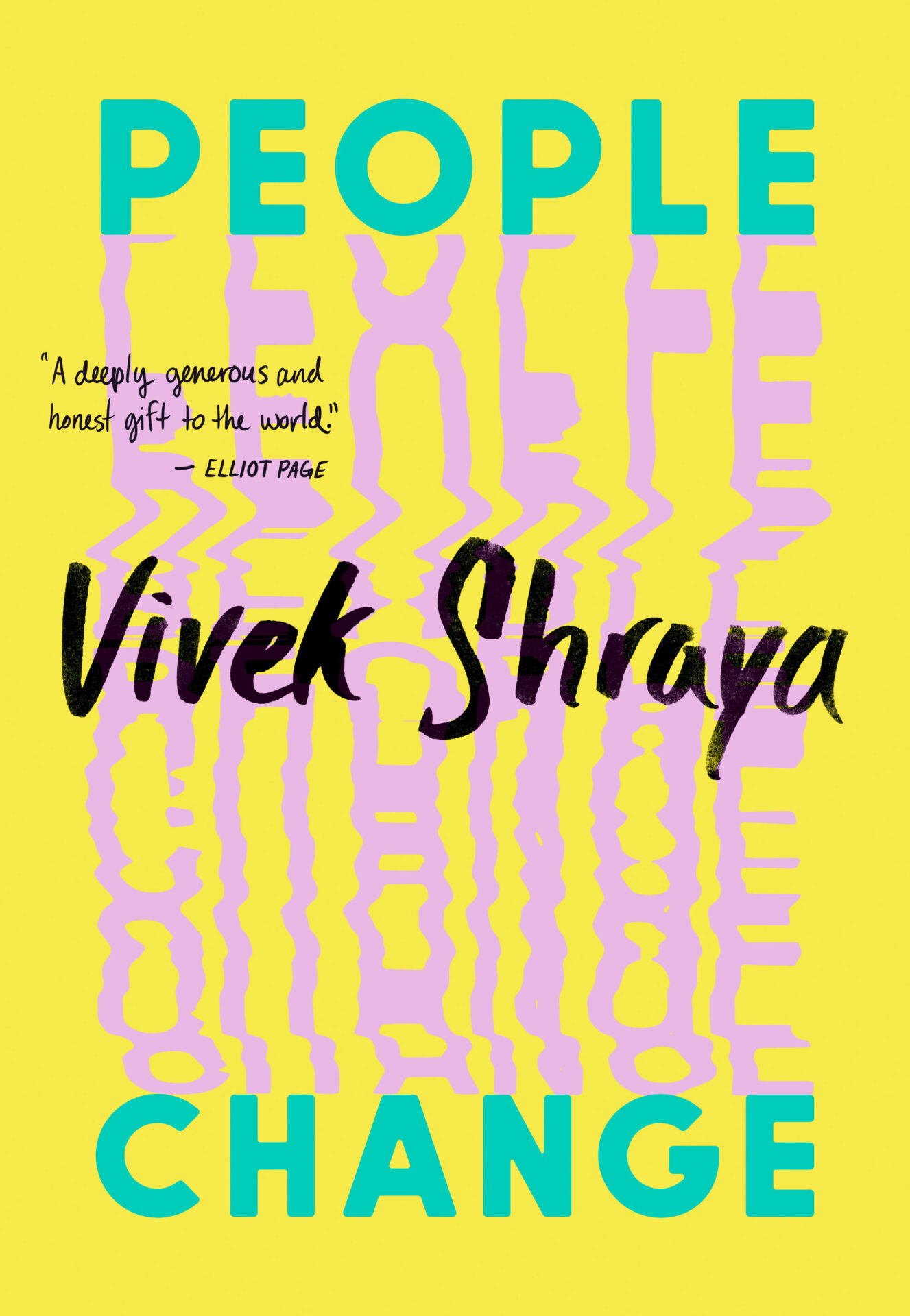 Vivek Shraya is one of Canada’s most talented and cherished artists, writers, and performers. People Change, a book we interviewed the author about recently, is a thoughtful guide to celebrating our many selves. Shraya, who was inspired by Madonna, with her public acts of reinvention over the years, provides us the encouragement to discover who we’ll become next.

Elliot Page called the book “a deeply generous and honest gift to the world.” 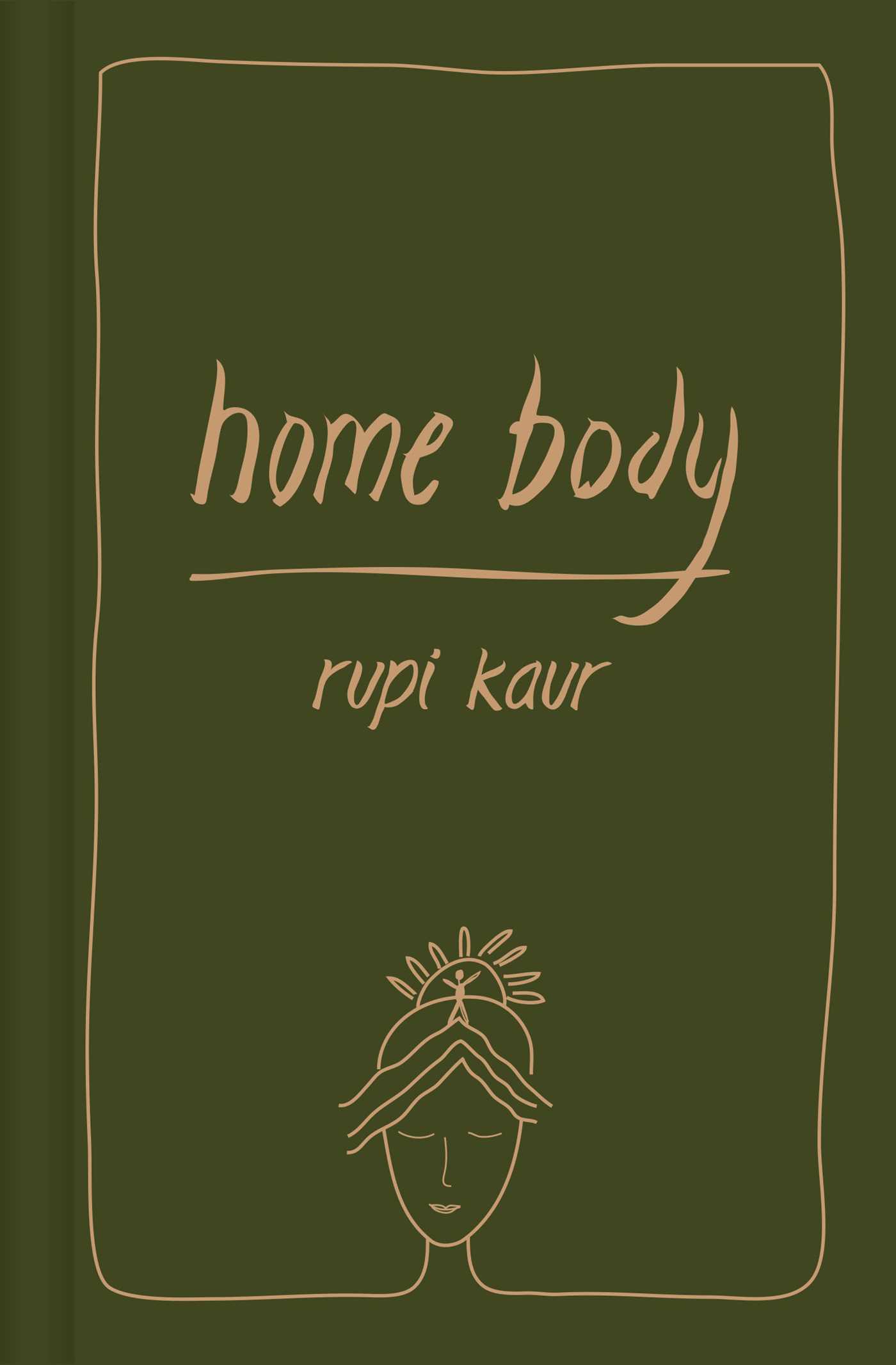 Born in Punjab, India, Rupi Kaur immigrated to Canada at a young age with her family. She has had a tremendous impact on the literary scene within the country and around the world. With more than 125 million views of her name on TikTok, Kaur’s popularity has been compared to that of a popstar.

Themes of nature and nurture blended with light and darkness are the prominent within Home Body, the third collection from the New York Times bestselling author, and one of the top-selling books of 2020. 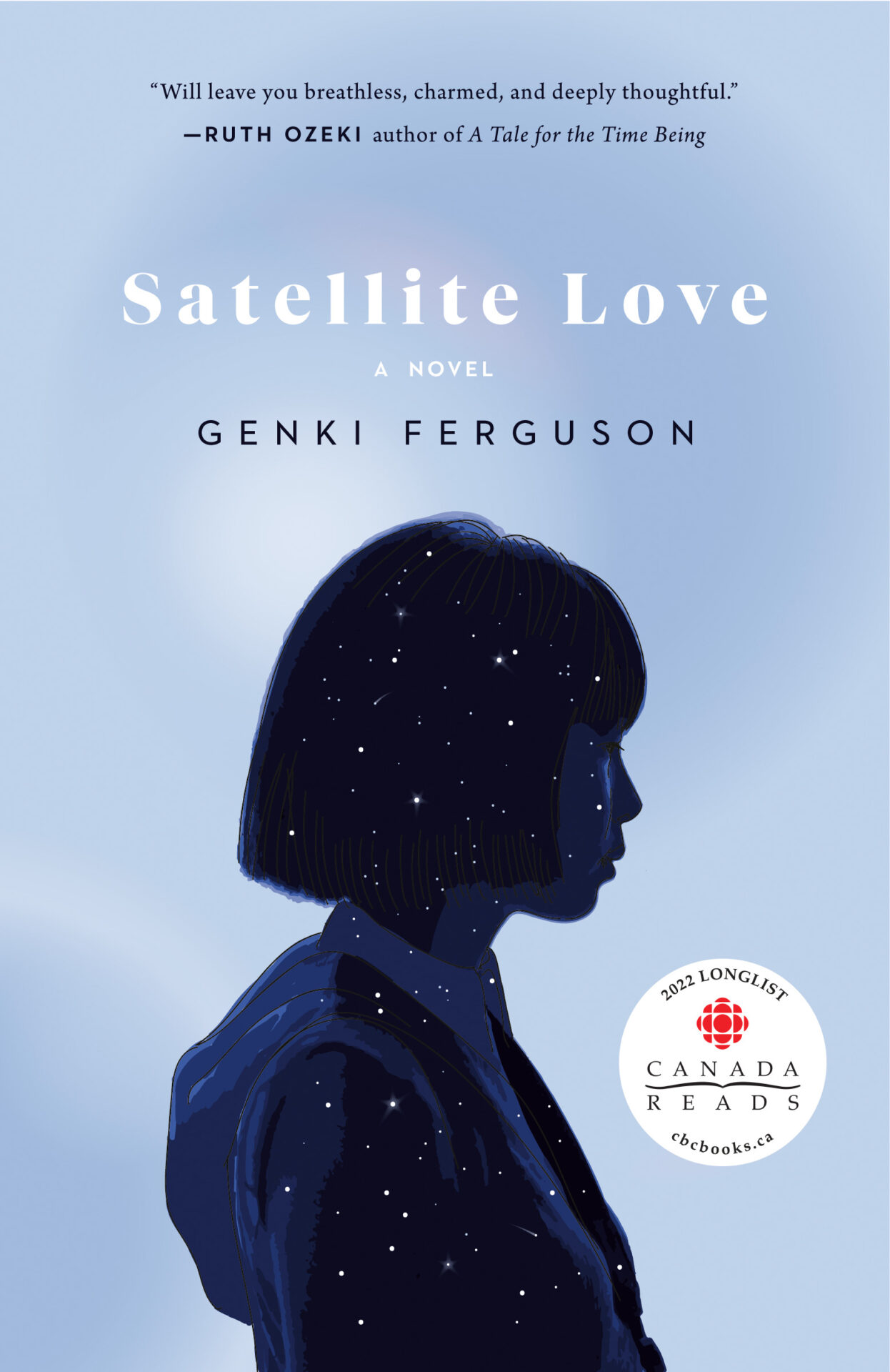 Vancouver-based writer and bookseller Genki Ferguson’s debut novel, Satellite Love is an absolute must-read. Set in Japan in the late 90s, Ferguson’s sweeping narrative is an unforgettable and moving love story with themes of loneliness, faith, and the quest for meaning and connection.

The book was longlisted for Canada Reads 2022 and shortlisted for the Kobo Emerging Writer Prize for Literary Fiction.

Sari, Not Sari by Sonya Singh 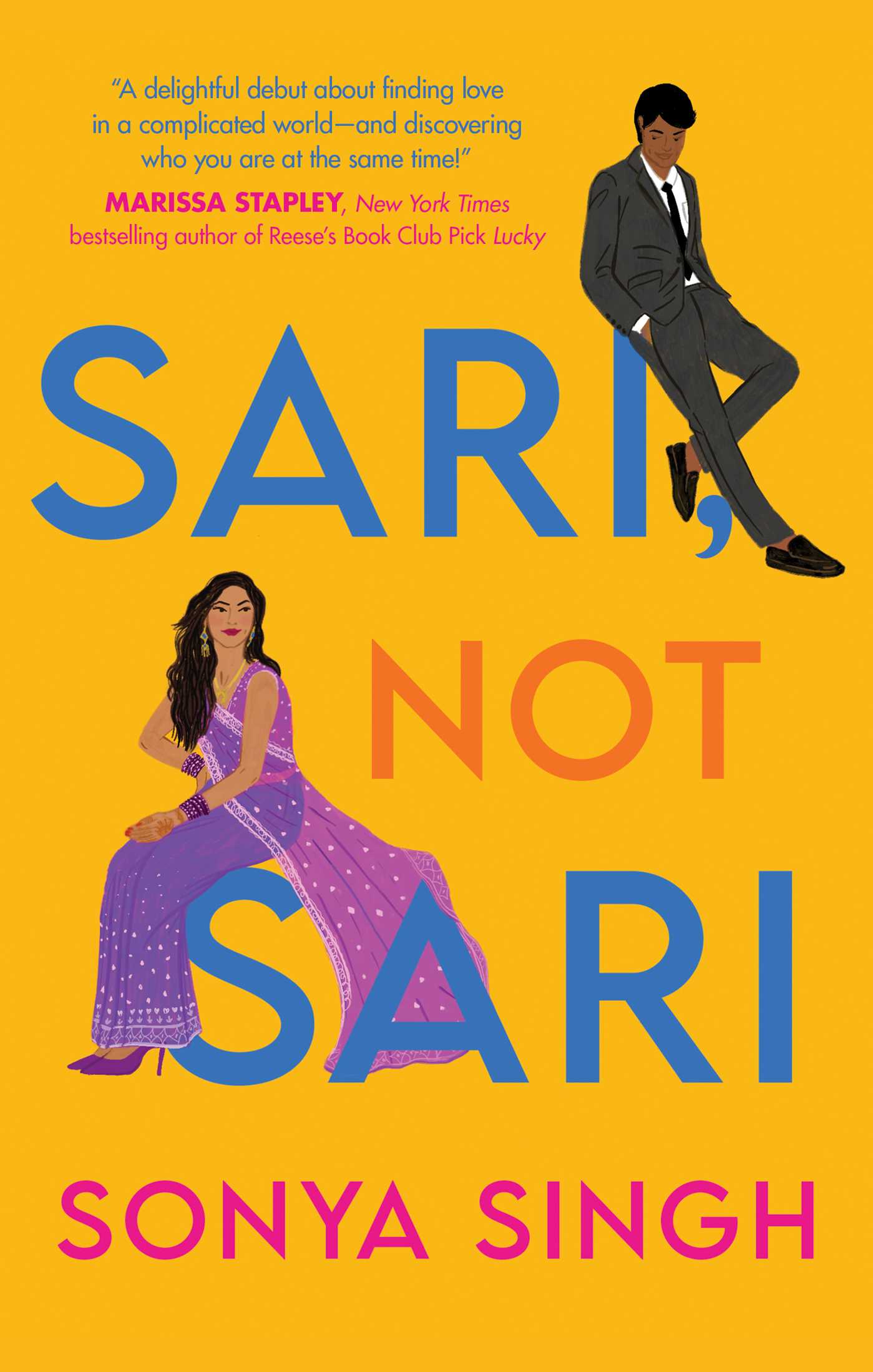 Take a break from the obligations of the week and indulge in Toronto-born Sonya Singh’s recently released rom-com following the adventures of one South Asian woman trying to reconnect with her heritage. Along the way, you’ll be introduced to an array of memorable characters in this uplifting novel.

Singh, who based part of the book on her own experiences, has just signed a deal with Crown Media, and will be one of the first South Asian women to write a screenplay for a Hallmark holiday film.

The Book of Form and Emptiness by Ruth Ozeki 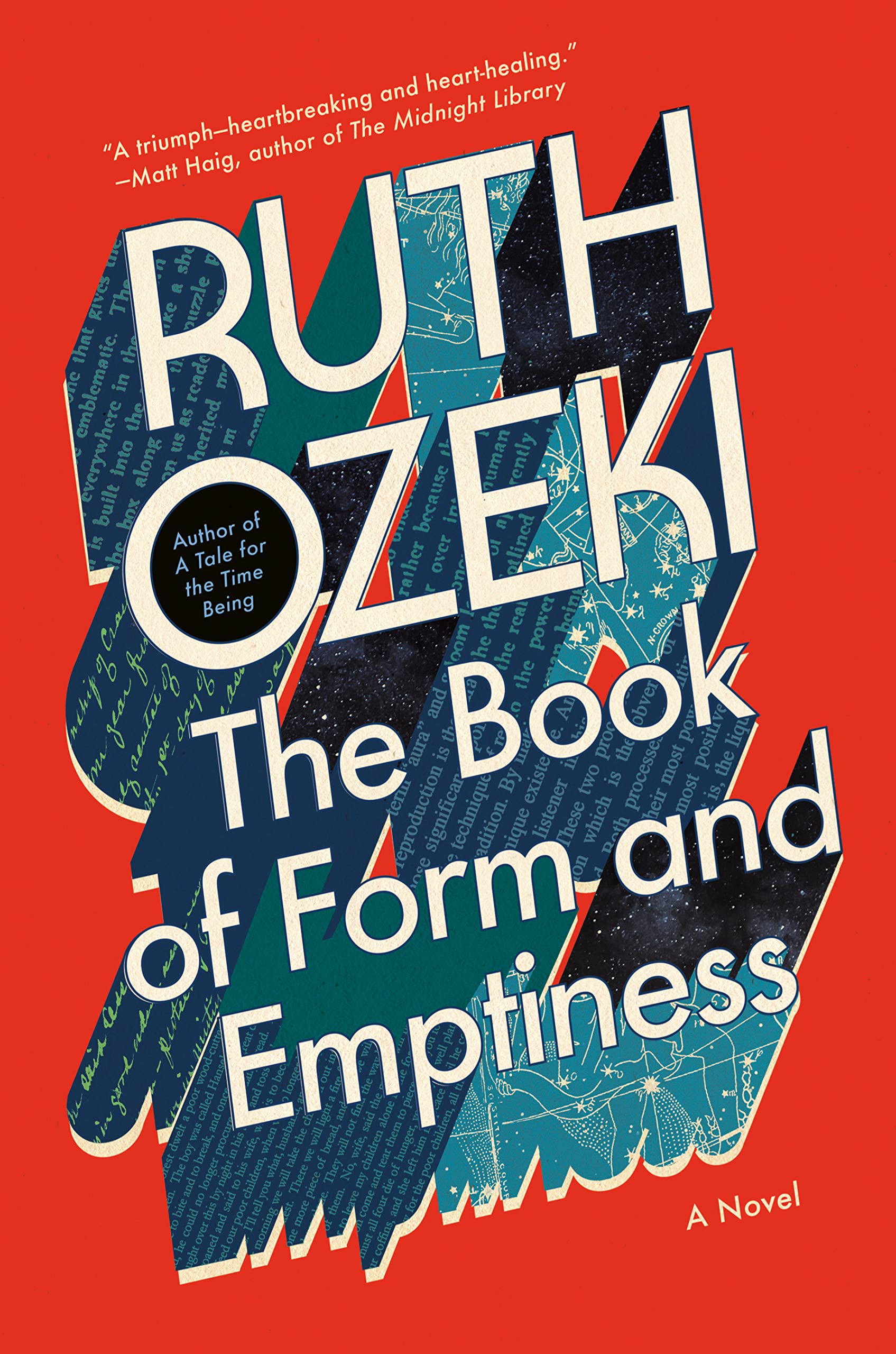 Ruth Ozeki has had so many incredible successes in her writing career. The American-Canadian novelist, filmmaker, and Zen Buddhist priest is the award-winning author of three books. Our favorite from Ozeki, A Tale for the Time Being, is a classic that every reader should own.

Ruth’s recent, The Book of Form and Emptiness was an instant bestseller. Set in the Pacific Northwest, it tells the story of young Benny Oh who starts hearing the voices of objects in his home. When his mom Annabelle starts hoarding, the voices grow louder. The book is a masterpiece of originality, beauty, and poignancy.

A Hero of Our Time by Naben Ruthnum 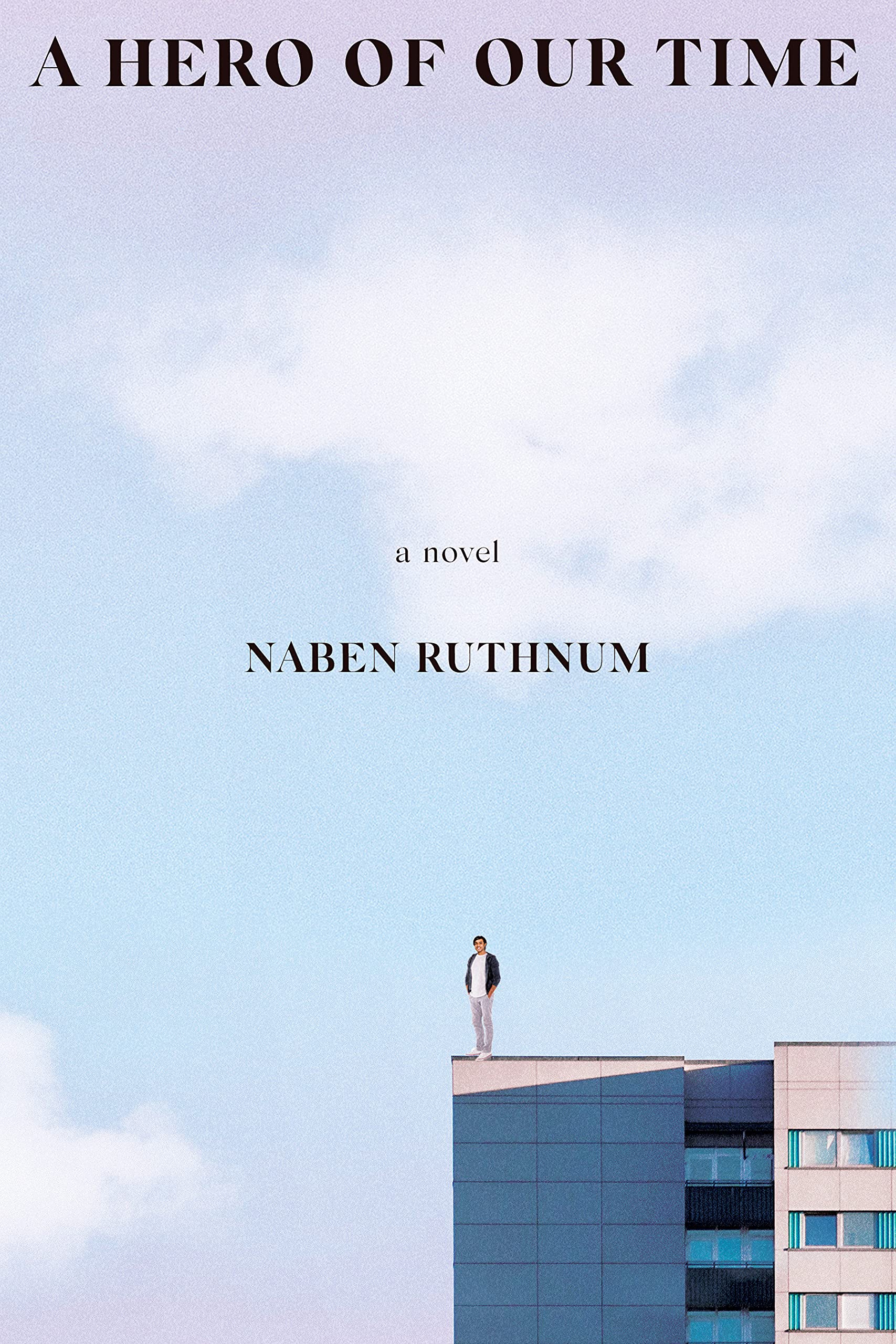 The latest from celebrated Toronto-based author Naben Ruthnum (who also uses pen name Nathan Ripley) follows a protagonist named Osman Shah. He works at an organization called AAP, and is tormented by low body image and self-loathing. His White colleague, Olivia, uses his diversity as an excuse to climb the corporate ladder. 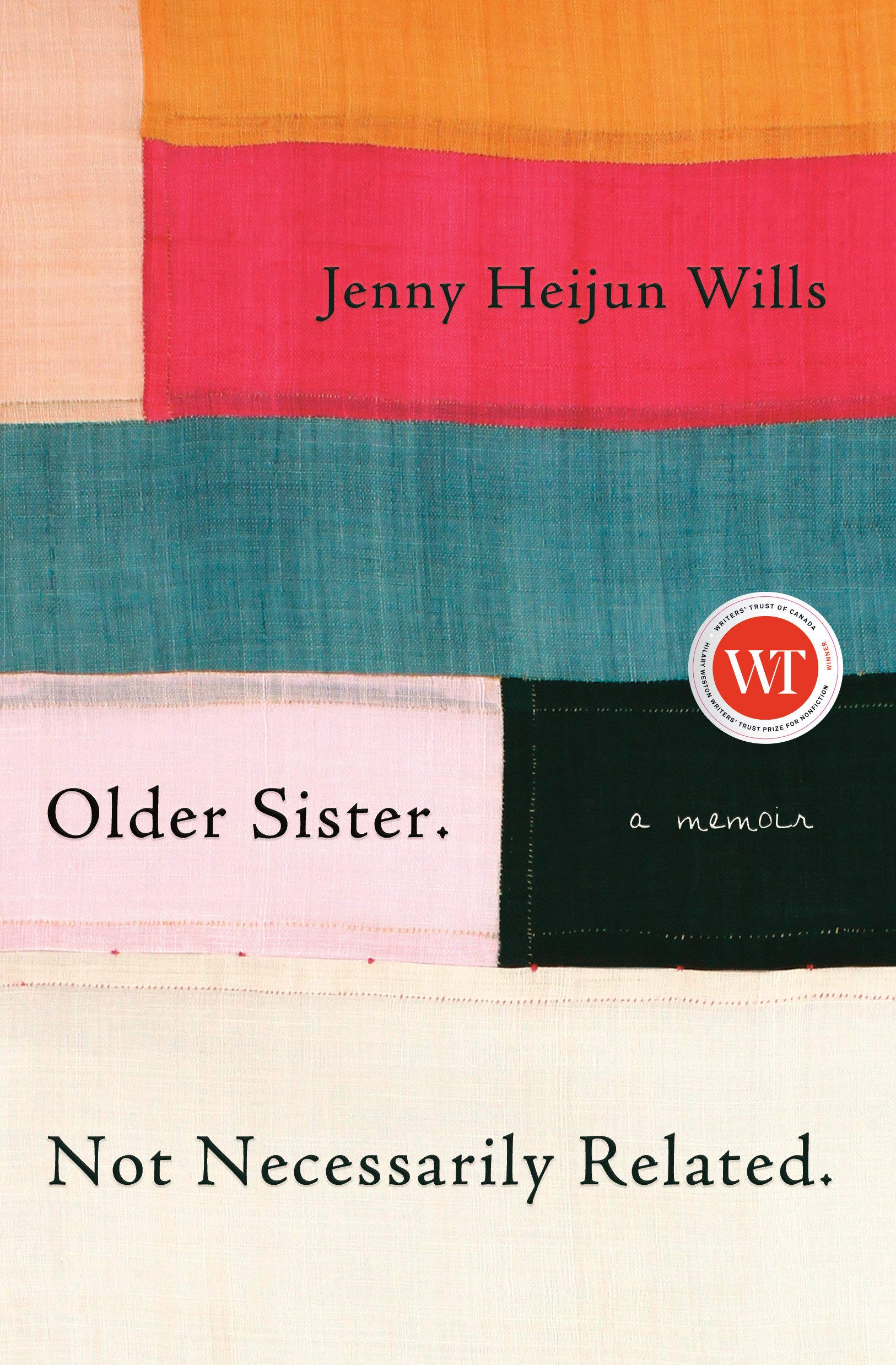 A finalist for the Hilary Weston Writers’ Trust Prize for Nonfiction, Older Sister. Not Necessarily Related, is a mesmerizing memoir set in South Korea. Writer Jenny Heijun Wills tells her story of being adopted as an infant into a White family in Canada. She later reconnected, and spent time with her birth family in Seoul.

Wills’ life story comes alive through her stunning writing, which reveals the painful effects that arise when a child is separated from a family and the rewards that can follow from both struggle and forgiveness.

We Have Always Been Here by Samra Habib 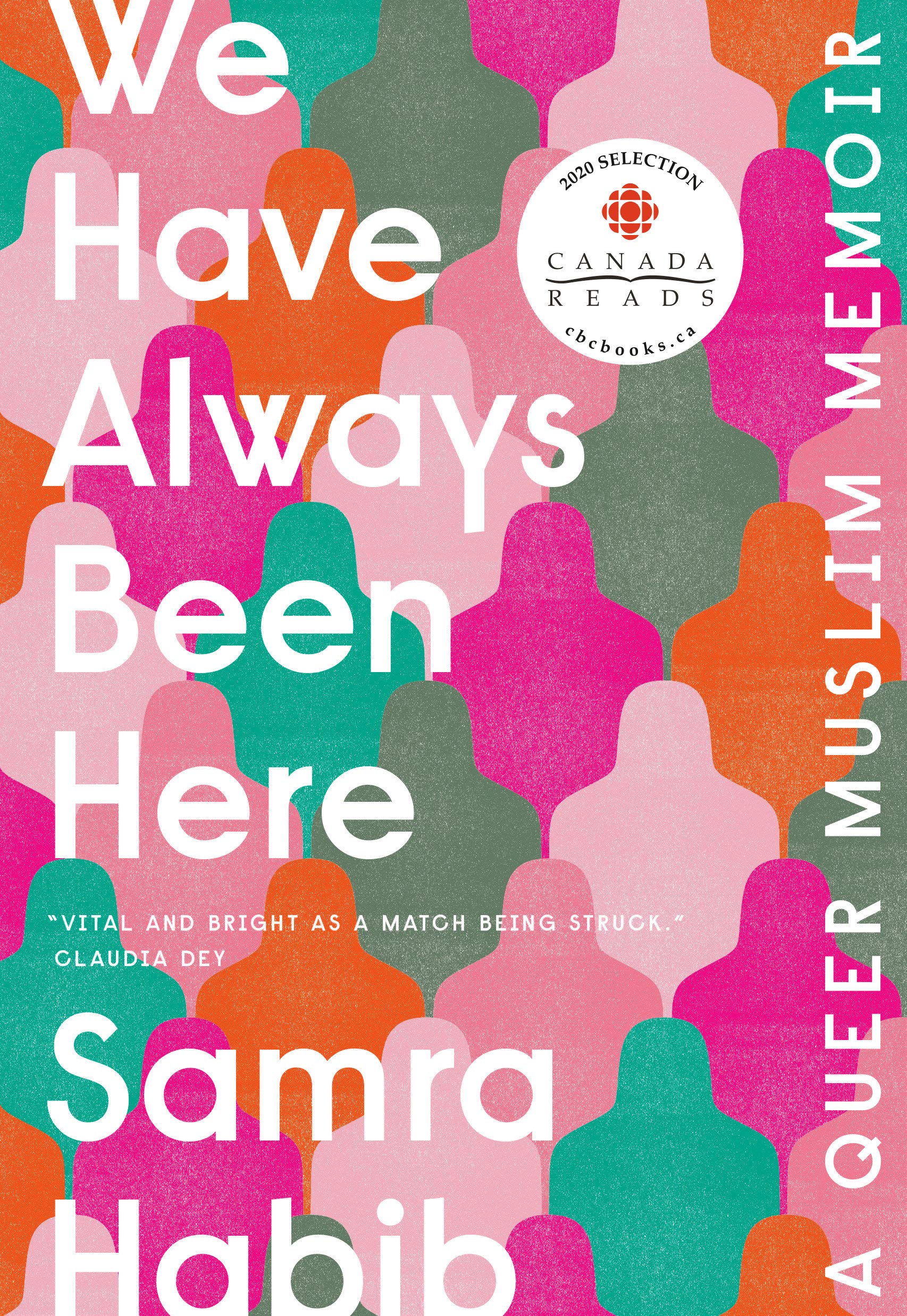 Born in Pakistan and living in Toronto, Samra Habib is a renowned writer and journalist. Their debut was the recipient of both the Canada Reads and Lambda Literary Award in 2020. When Samra immigrated to Canada as a refugee, they encountered victimizing, the risk of poverty, and the impending threat of an arranged marriage. A journey into queer sexuality, art, and love, We Have Always Been Here is a remarkable memoir.

Outside of Habib’s writing from fashion trends to Islamophobia in the US, they advocate tirelessly with LGBTQ organizations internationally, raising awareness of issues that impact queer Muslims around the world.

Be A Triangle by Lilly Singh 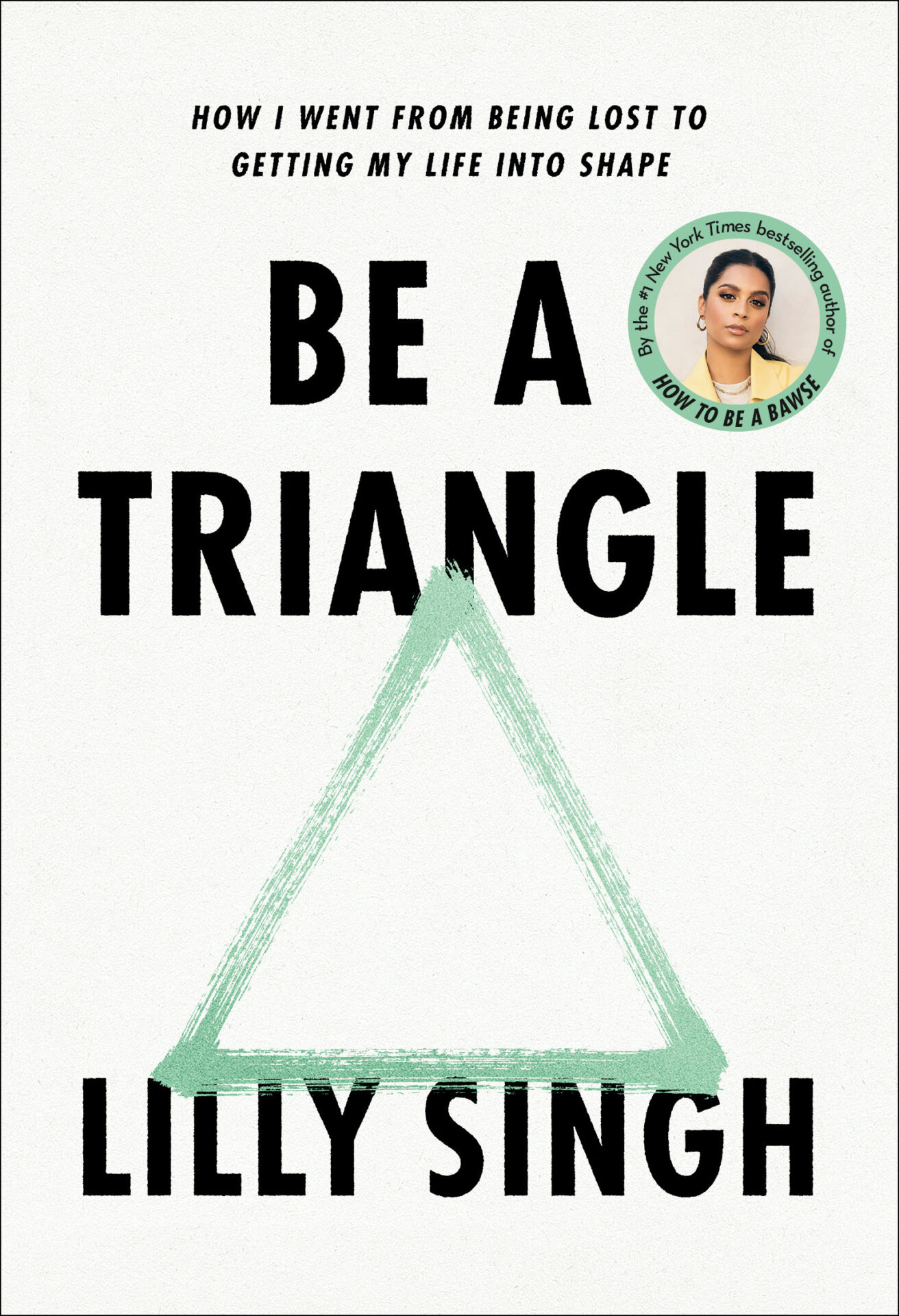 New York Times bestselling author, actress, and creator Lilly Singh was born in Scarborough, Ontario, and has amassed more than 40 million followers around the globe with her comedic and inspirational content. Her second book, Be A Triangle, is a no nonsense guide for readers to find peace within. Complimenting Lilly’s wisdom are illustrations by Simmi Patel.

“I love her honest and helpful advice about achieving happiness,” said Mindy Kaling in her review. 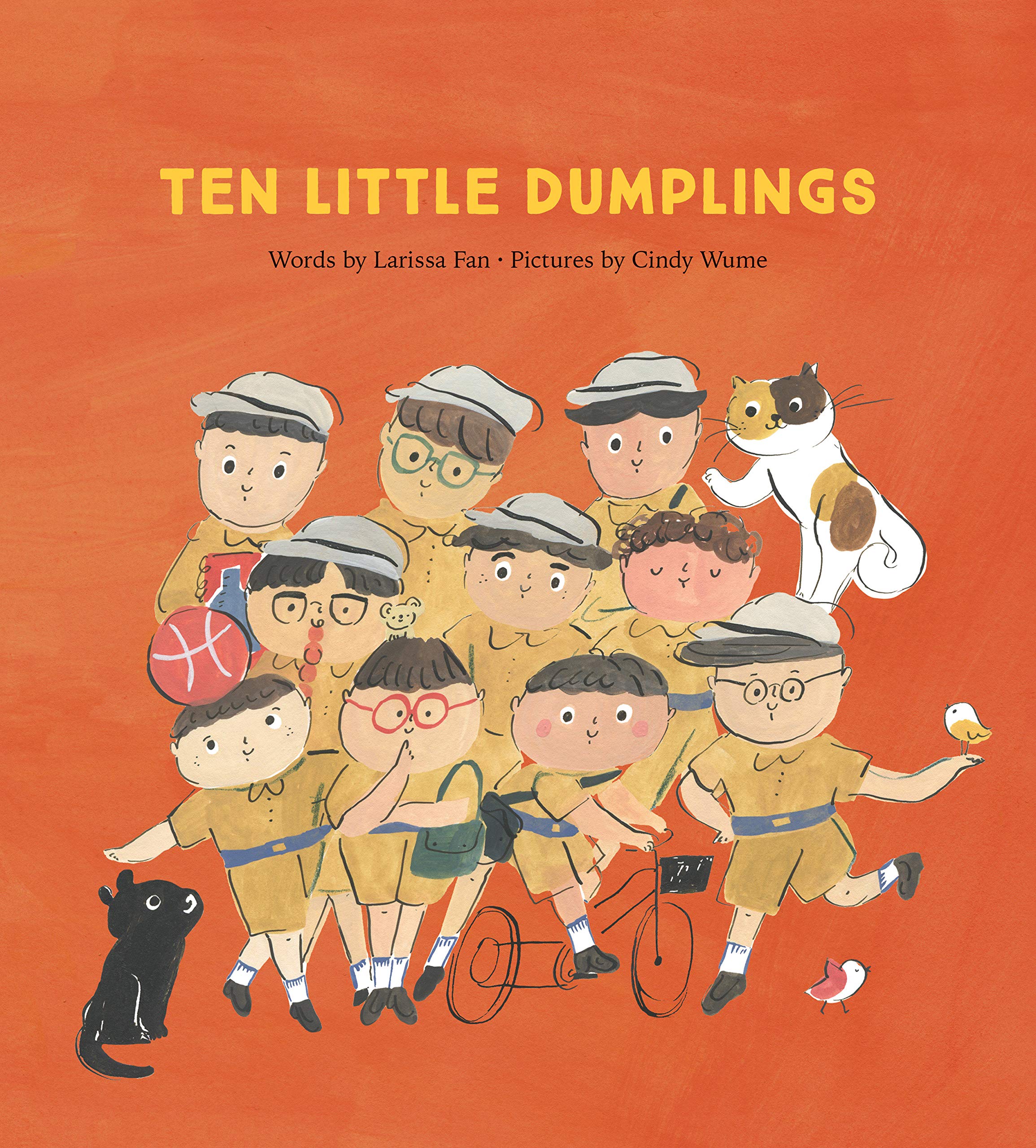 Based on the true story of one family, Ten Little Dumplings is a wonderful picture book for all ages. They say one son brings good fortune, but what happens when there are ten? That must be great indeed. Dubbed the ten little dumplings by their parents.

There’s a sister in the shadows though, determined to be seen and heard amongst the rest. This is her story, as she grows older and has her own daughter – her own little dumpling. Against the backdrop of a world that prizes sons, author Larissa offers an inspiring take on a girl’s place. 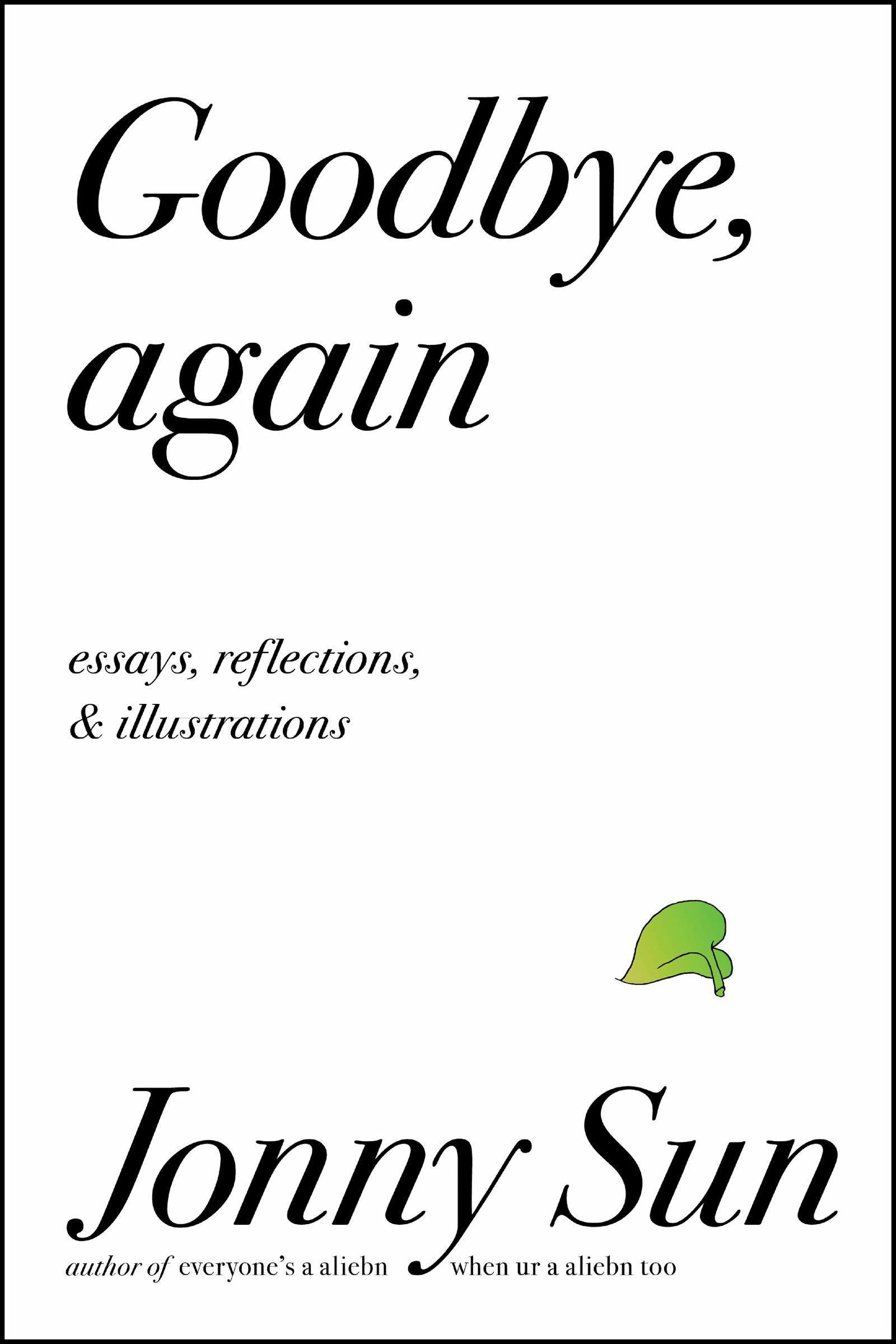 Canadian author and illustrator Jonny Sun’s instant New York Times bestselling Goodbye, Again is a deeply intimate and moving collection of essays reflecting on life, loneliness, and what it’s like to be an outsider. It’s an offering with the power to move you to both laughter and tears within minutes of each other.

The book feels like a gift from Sun, a Yale graduate, who was named one of TIME magazine’s 25 Most Influential People on the Internet in 2017, and listed on the Forbes 30 Under 30 list in 2019. His TED talk, a must-watch, has been viewed more than four million times. 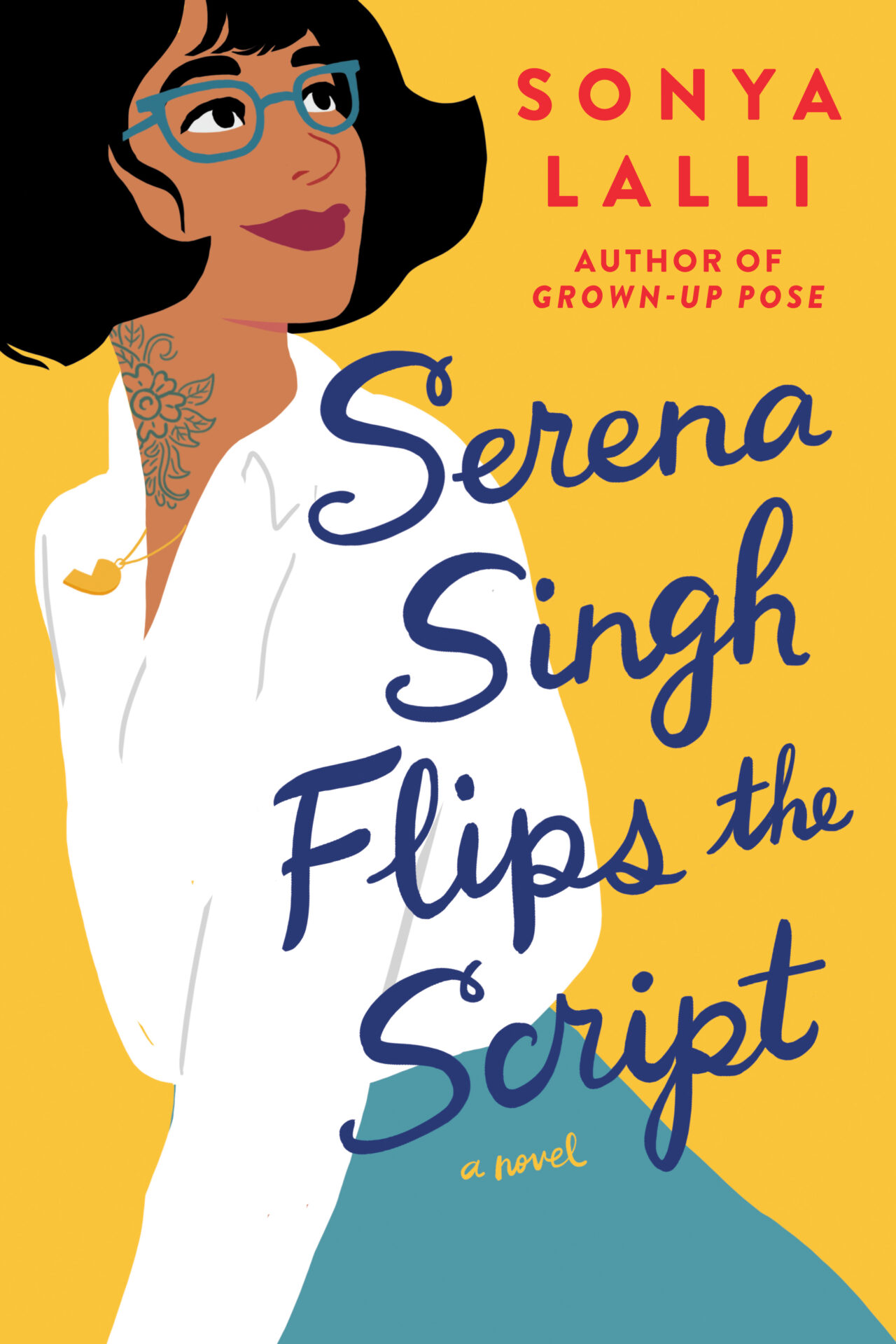 Serena Singh, a confident and independent female lead shines bright in Lalli’s delightful rom-com. When her sister gets married in a big traditional Indian wedding, Serena insists on staying true to herself, knowing she doesn’t need a man or kids to make her dreams come true. Regardless, her family nag her relentlessly.

Serena’s ex comes back into the picture forcing her to confront her past and examine future possibilities. Is it possible to have it all? Filled with warmth and great writing, South Asian Canadian Sonya Lalli hits every mark for a charming work of fiction.