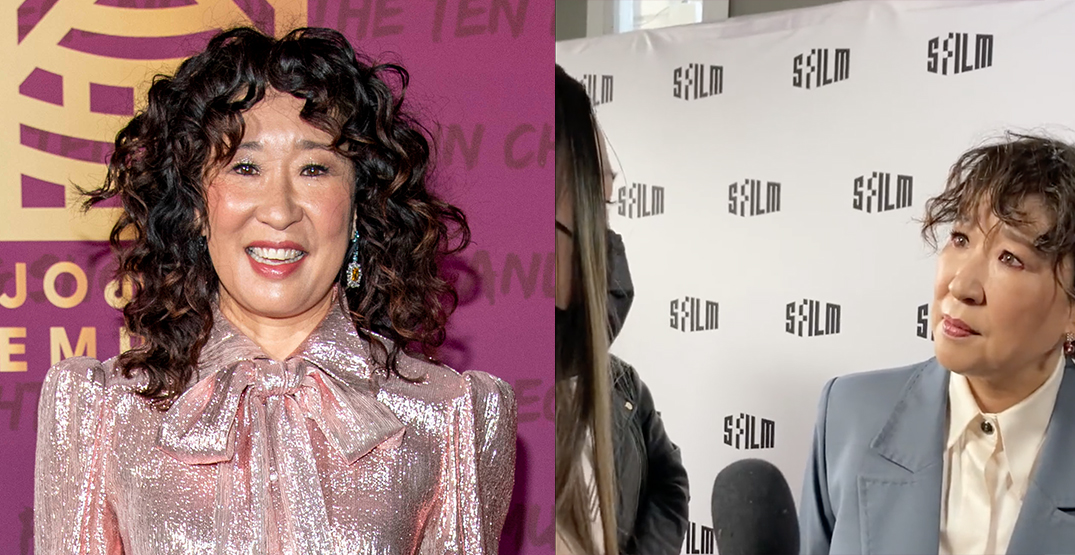 May 1 marked the beginning of Asian Heritage Month in Canada, and a Korean Canadian icon kicked it off with some wise words for young Asians.

Turning Red star Sandra Oh was invited by the SanFrancisco International Film Festival last Friday to interview Michelle Yeoh, who stars in the highly rated film Everything Everywhere All At Once. The night honoured Yeoh’s extensive acting career, and it ended in a viral video of the two actresses starting a dance party to Whitney Houston’s “I Wanna Dance With Somebody.”

Here is video of Michelle Yeoh and Sandra Oh dancing to Whitney Houston. That is the tweet. pic.twitter.com/VnYwx7rkSI

But another video from that night has been making the rounds on social media. A heart-warming moment between Oh and a local student was caught on camera, and it’s just the motivation we need to celebrate Asian Heritage Month.

Catherine Hou represented SanFrancisco radio station KQED at the event’s red carpet festivities, and she was able to ask the Ontario-raised actress an important question.

“I recently finished a segment on KQED forum that highlighted the importance of Asian American representation…and I was wondering what message you would give to a young Asian American trying to make a change based on your own past experience?” Hou asked.

Instead of shelling out an immediate answer, she flipped the question back to Hou.

“I want to hear what you have to say,” said Oh.

Hou answers shyly saying that she wants to “encourage people to not be afraid to speak up” and to work with peers and the community to encourage others to raise their voices about issues they care about.

In the video tweeted by KQED News, you can see Oh listening attentively, her eyes locked intently on Hou.

If you tuned into @kqedforum last Thursday, you might have heard a segment on Asian American representation in the arts.

It was co-produced by local student Catherine Hou as part of @KQED’s #YouthTakeover.@sffilm invited Hou to ask @IamSandraOh a question: pic.twitter.com/GHjGw57knl

“You know, I’m doing my job, taking pictures and all that stuff, but it’s really what you’re doing that I think is about really building and developing the real muscle that I feel like we need as Asian Americans,” said Oh. “I think you answered your own question, thank you so much.”

I’m not crying, you’re crying! One Twitter user summed it up perfectly.

“Sandra Oh is like your [fave] aunt who would always give you advice whenever you need it,” they said.

Sandra Oh is like your fav aunt who would always give you an advice whenever you needed it. https://t.co/dlGn8PdDkP

Oh’s applies to Asian Canadians as well. This year marks 20 years since the federal government signed an official declaration designating May as Asian Heritage Month.

See what 16 notable Canadians of Asian descent had to say about what this month means to them here.