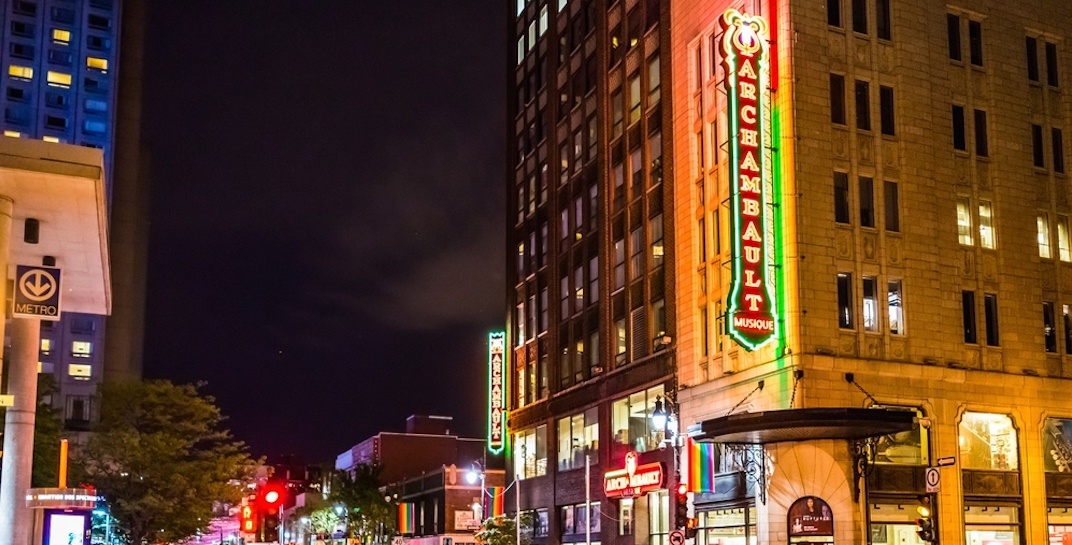 Since last year, the east end of Ste Catherine Street has been missing its iconic, vertical Archambault sign — but it’s now on its way back.

The Ville de Montreal, Quebecor, and Renaud-Bray (the owner of the music retail store) announced that the Archambault sign, “an emblem of Montreal’s urban heritage,” is returning to the facade it commanded for nearly 90 years.

The landmark sign had graced the corner of Berri and Ste. Catherine for 88 years, since Edmond Archambault constructed the seven-storey building to house the music store that he founded in 1896.

It was taken down this past November. 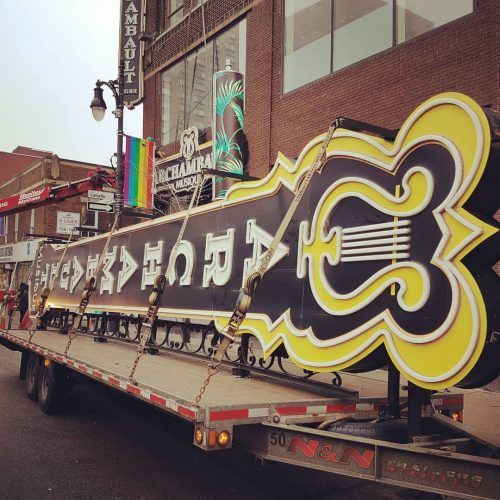 The store’s lease had come to an end and Québecor, the province’s media giant that owns the building, wanted the sign removed. The store moved next door and the former home, “maison Archambault,” is now home to Québecor’s radio station, QUB.

According to the news release, the sign is expected to be reinstalled at its original spot today.

“The Archambault sign is not only a landmark on Montreal’s cityscape but also a symbol of a proud Québec business founded more than 120 years ago,” said Pierre Karl Péladeau, President and CEO of Quebecor. “We are happy to become the owners of this iconic sign so we can preserve it and keep it glowing at the corner of Sainte-Catherine and Berri.” 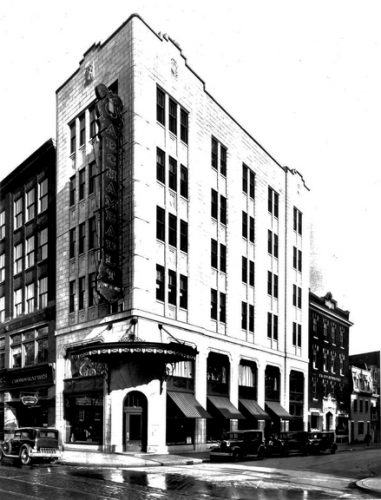 “Everyone who cares about the preservation of Montreal’s architectural heritage will be heartened to see the Archambault sign rise again in the heart of Ville-Marie Borough,” said Mayor Valérie Plante. “Since it was removed last year, the Borough has been working with our partners to find a solution in order to restore this artefact of our collective history to our urban environment. I am every happy that today we can say: mission accomplished.”