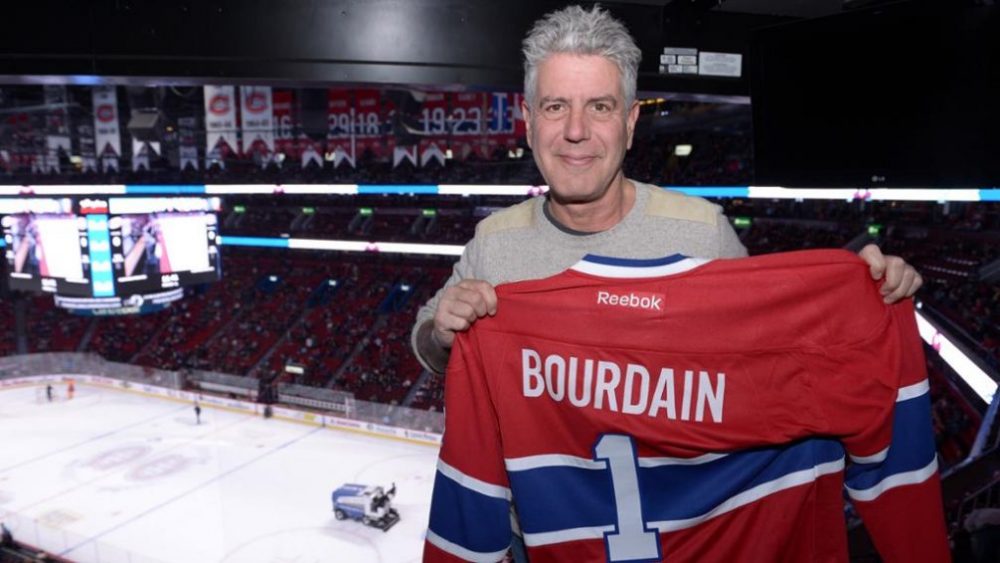 “This is a great country because of this city. Without Montreal, Canada would be hopeless,” said the late Anthony Bourdain in a 2011 episode of his show The Layover.

Coming from a man who had trotted the globe, documenting his adventures along the way, this statement is not taken lightly.

Obviously very fond of the city, the TV host and bad-boy chef made frequent trips up to Montreal, often to see friends and fellow restaurateurs Dave McMillan, Fred Morin, Antonio Park, and Martin Picard, among others.

And while Bourdain never left behind an extensive list of his favourite spots in town, he gave us a pretty good idea of what his preferred establishments were by featuring them in episodes of No Reservations, The Layover, and Parts Unknown.

Here are just a few places that made the celebrated author and traveller love Montreal. 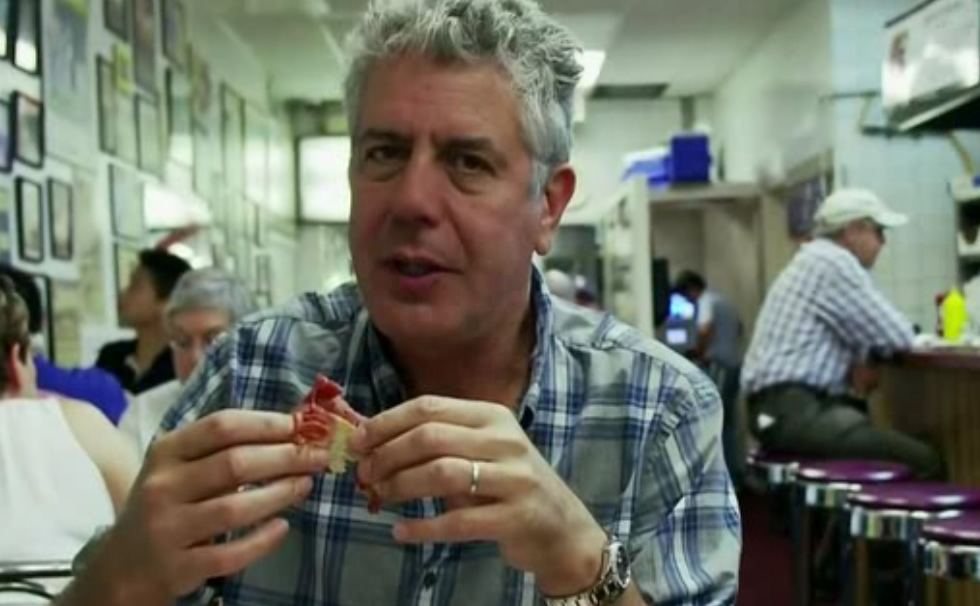 “You can’t not do this when you come to Montreal,” said Bourdain before digging into a world-famous Schwartz’s smoked meat sandwich.

And he’s right. Schwartz’s, open since 1928, is arguably Montreal’s most famous establishment. Their one-of-a-kind smoked meat sandwich served with mustard on rye bread is often replicated but never duplicated.

Take it from Tony; this is great stuff.

While filming a segment for Parts Unknown in 2013, Bourdain stopped by this classic little joint for a taste of their famous “special” with cheese.

Their esteemed reputation for tradition brought him in the door, and their unique salami and bologna sandwich had him leaving satisfied. Wilensky’s, a celebrated Montreal establishment since 1932, continues to whip up sandwiches in the same way they did then.

Often described as a gourmet take on the classic Quebec “Cabane à sucre,” this restaurant is owned by Chef Martin Picard, someone Bourdain once called “a personal hero” of his.

Bourdain visited Au Pied de Cochon in a 2006 episode of No Reservations, describing the restaurant’s decadent menu as “pure goodness and excess.”

Bourdain and Picard remained friends for years to come, with the TV host often including him in adventures that involved hunting, drinking, and, of course, eating. 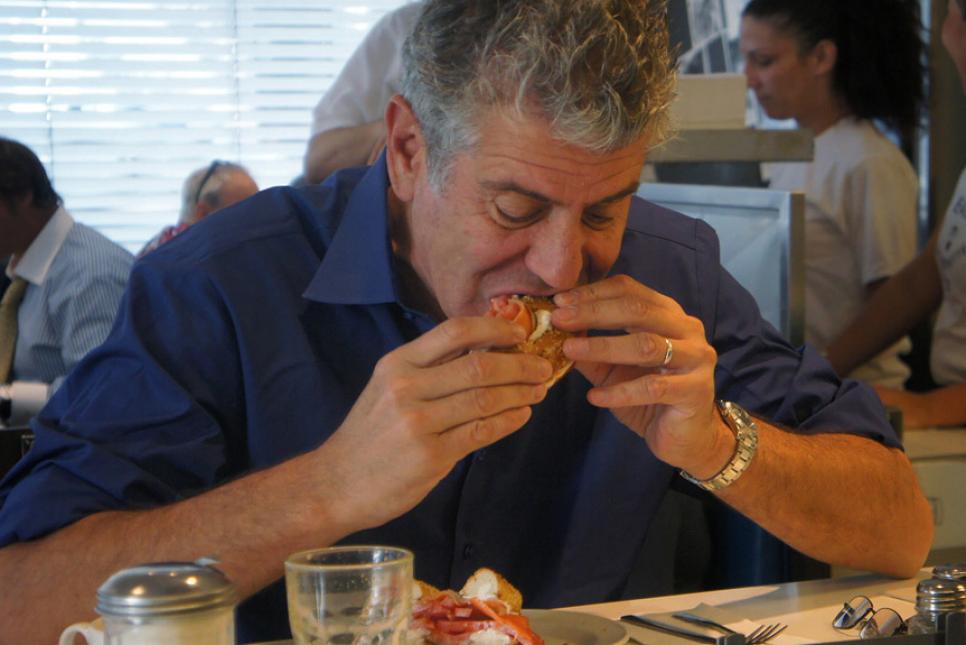 Bourdain had a bagel with smoked salmon and cream cheese at this legendary luncheonette while filming an episode of The Layover.

He seemed to be very fond of it, which likely caused him to reconsider his stance on the whole Montreal vs. New York battle for the “best bagel” title.

You can’t leave Montreal without having a proper serving of its signature dish, and La Banquise just happens to have some of the best poutine on earth.

Bourdain visited this poutine haven while filming No Reservations and called the Canadian delicacy a “thoroughly wonderful gastronomic trainwreck.”

“I feel so dirty, yet so alive,” he proclaimed after digging into his plate.

Of all the friendships Bourdain made with Quebec locals, there was none stronger than his bond with Joe Beef co-owners Fred Morin and Dave McMillan, with the three of them appearing together many times throughout the years.

“They are loved, respected, and feared by chefs from all over the world who’ve visited them at their restaurants in Montreal. They are justifiably feared for their generosity with fine wines and liqueurs and their profligacy with ingredients like black truffles and foie gras. They are also, arguably, the most important and most influential chefs in Canada,” Bourdain said in praise of the duo that acted as his personal tour guide in his Parts Unknown exploration of Quebec.

As for the restaurant itself, he called it “unapologetically over the top … This place is where you want to be: sucking down oysters and good wine at Joe Beef.”