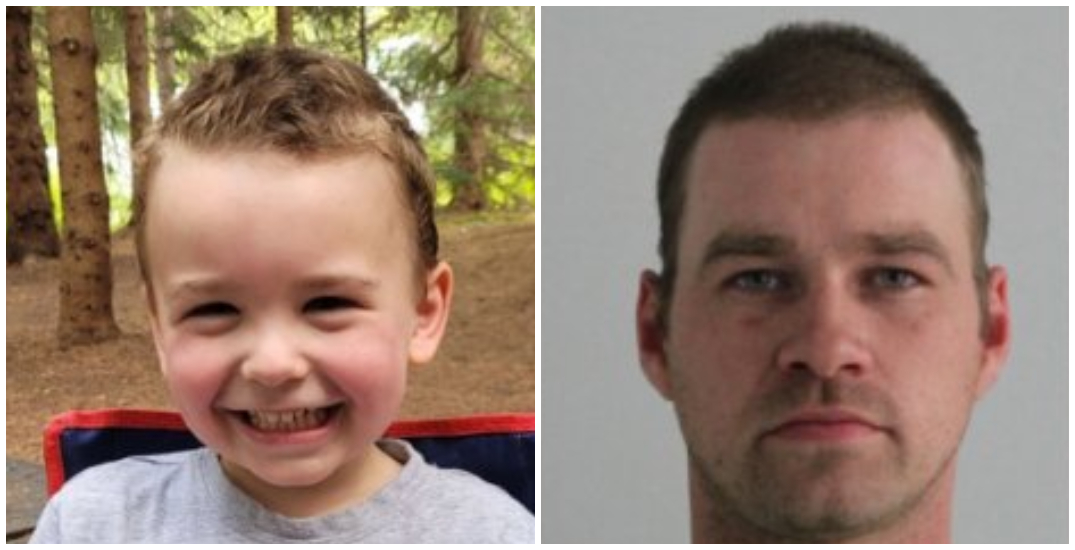 Quebec provincial police have extended its Amber Alert for a missing three-year-old boy to New Brunswick.

On Tuesday night, the Sûreté du Québec issued an Amber Alert for Jake Côté who was allegedly abducted by a 36-year-old man at 1 pm on August 31.

According to the provincial police force, the main suspect is David Côté. Police describe him as 5’7″, 180 lbs, with brown hair and blue eyes.

The Sûreté du Québec says the duo can be travelling by foot or car and asks citizens to pay close attention to the physical and clothing description of the young boy and the suspect — who could be taking the child out of province, specifically New Brunswick.

Police say Jake Côté ‘s hair is shorter than presented in the photo.

Police warn citizens not to apprehend David Côté themselves as he could be armed.

The Sûreté du Québec is asking anyone who sights the pair, or who has additional information, to call 911. 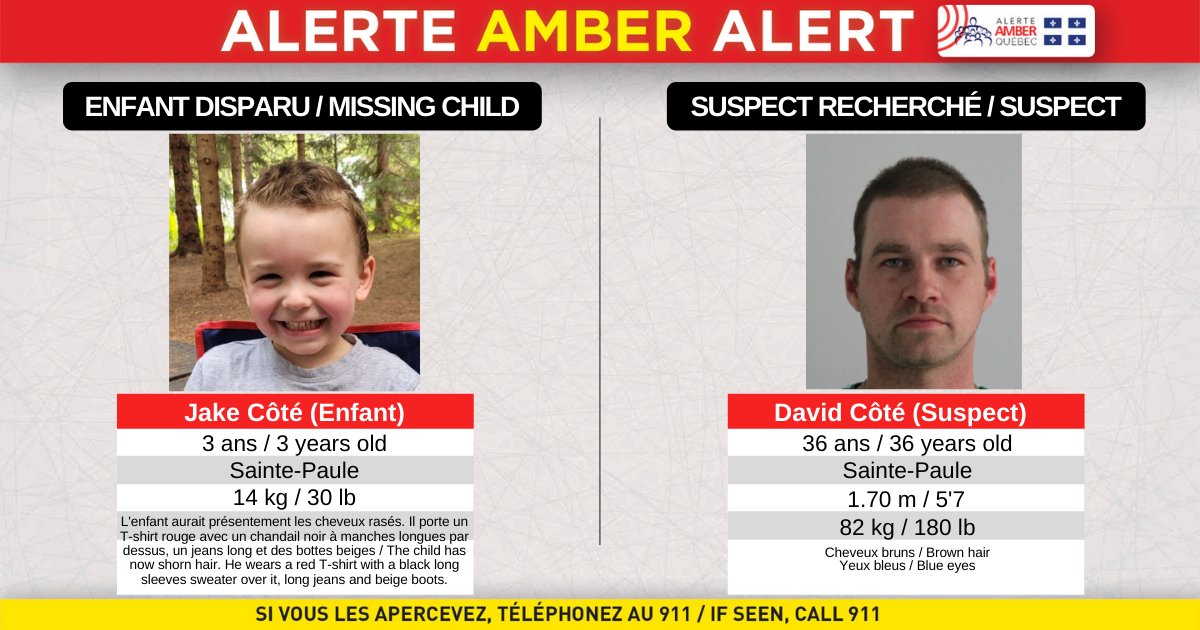