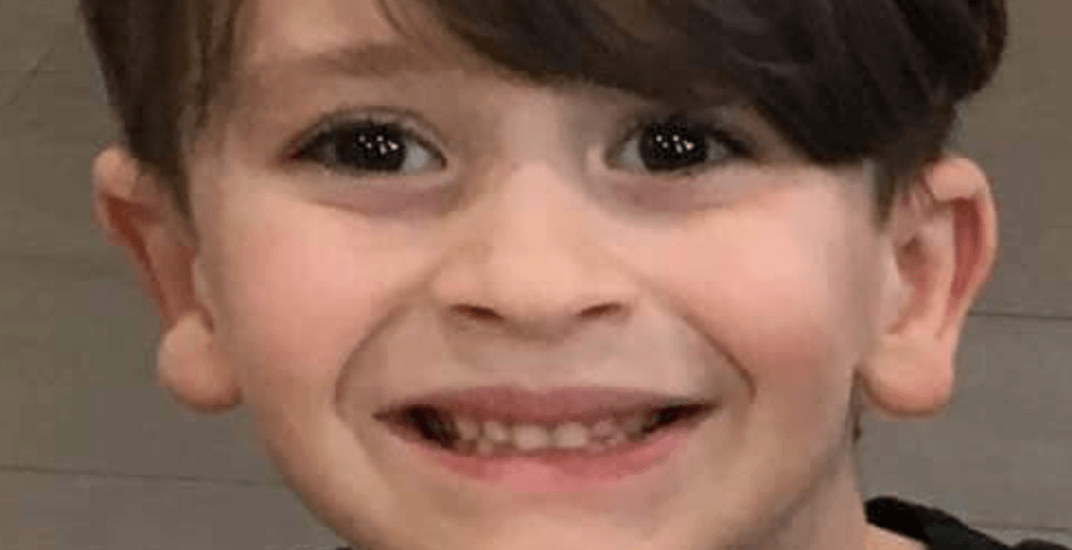 UPDATE: Quebec police have confirmed that Louka Fredette has been safely located and his father, Ugo, was pulled over by Ontario police.

A father and the main suspect of an Amber Alert is suspected to have traveled from Quebec to Ontario.

An Amber Alert was issued for six-year-old Louka Fredette who has been missing since Thursday evening from his Quebec neighbourhood. According to Quebec provincial police, Fredette was taken by his father, Ugo Fredette.

CBC reports the Amber Alert for Louka Fredette was issued after the body of his mother, Véronique Barbe, was found at a home on Antoine-Séguin Boulevard in the town northwest of Montreal.

Police now report that Ugo Fredette has been spotted in Napanee, Ontario. Officials are looking for a gray Honda CRV with Quebec license plate X78 BSL.

Fredette’s Ford pickup truck was recovered earlier this morning near Lachute, Quebec, but there was no sign of him or Louka in the area.

Anyone with information about the boy or his whereabouts is asked to call 911 immediately.