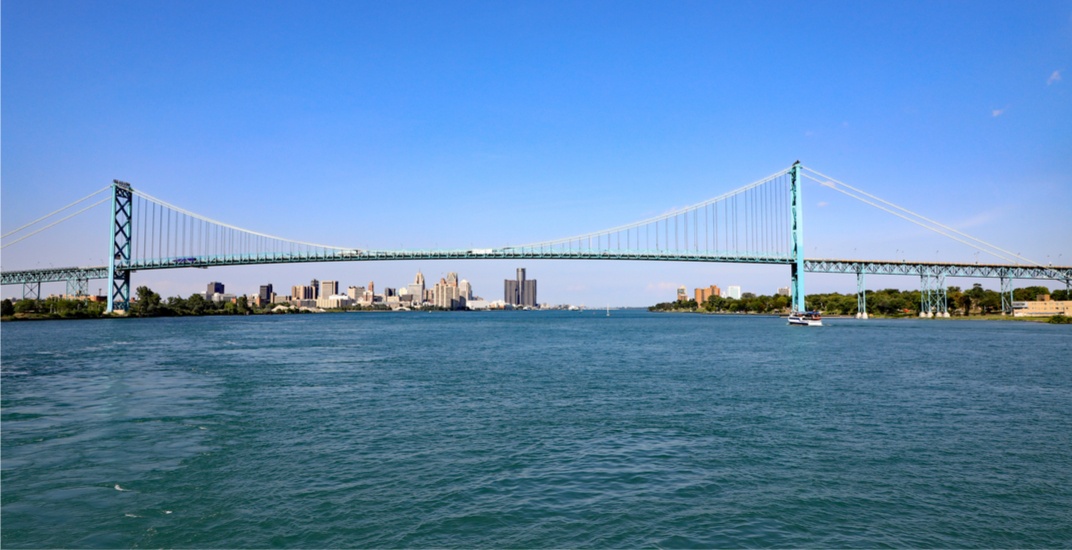 The Windsor-Detroit gateway is the busiest commercial land border crossing between Canada and the US, and the Canadian government just approved the proposed Ambassador Bridge Enhancement Project.

The project spans across the Detroit River between Windsor, Ontario and Detroit, Michigan and will replace the existing bridge. In addition to approving the Canadian Transit Company’s application, the Federal Government is moving forward expeditiously with the Gordie Howe International Bridge project.

“The Government of Canada recognizes the importance of ensuring the continued flow of trade and travellers between Windsor and Detroit, one of the most important Canada-United States border crossings,” said Marc Garneau, Minister of Transport, in a statement. “The construction of the replacement Ambassador Bridge together with the Gordie Howe International Bridge project will ensure that Canadians continue to benefit from the efficient movement of people and goods at this crossing while providing infrastructure improvements for the local community.”

The Ambassador Bridge is 87-years-old and needs to be replaced, according to the government. The new project will see the construction of a replacement six-lane bridge as well as an expansion of the Ambassador Bridge’s associated Canada Border Services Agency facility.

The bridge currently handles more than 25% of the overall Canada-US trade per year, and approximately 30% of the trade is carried by truck. In 2015, 2.5 million trucks carrying over $120 billion in two-way trade crossed the Ambassador Bridge. It is also the second busiest passenger vehicle crossing, with 4.2 million vehicle crossings in 2015.

The approval of the project is subject to conditions under Canada’s International Bridges and Tunnels Act that would ensure the efficiency, safety and security of the crossing and mitigate the impacts of the project on the local community.

According to the Liberal government, the conditions include the dismantling of the existing bridge when the replacement bridge is open, improving local infrastructure, creating new public green spaces, and protecting the environment and considering Indigenous interests.