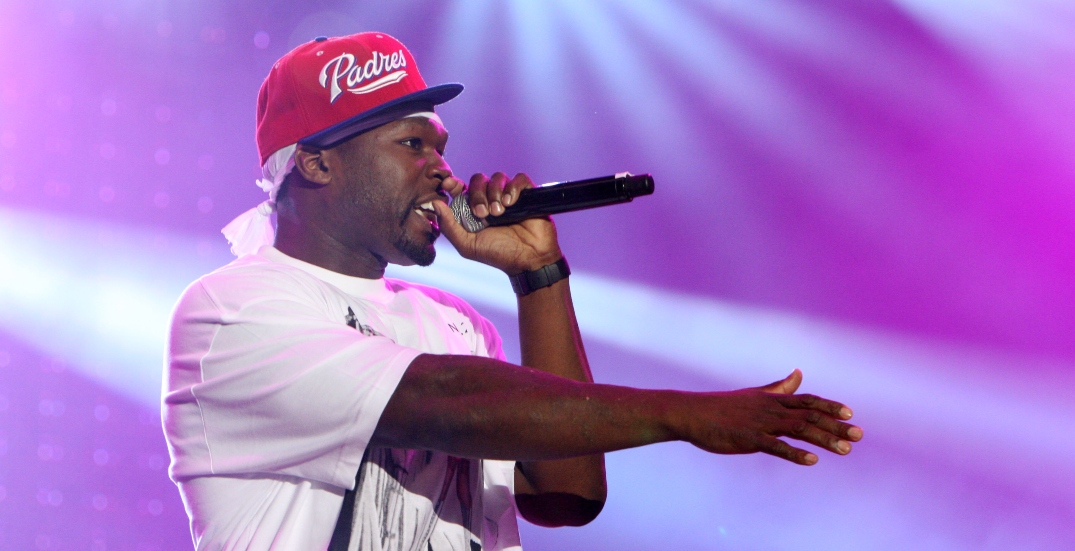 Rap figure 50 Cent will be in da city this weekend, headlining the last day of Montreal’s Metro Metro Festival.

The American rapper was announced as a surprise closing act to the third edition of Montreal’s urban music festival, which takes place at the Olympic Stadium esplanade.

In an email shared with Daily Hive, Metro Metro announced that 50 Cent will replace Playboi Carti, following his last-minute cancellation. He will close out the show on May 22 at 10 pm.

“Due to circumstances that are beyond our control, Metro Metro had to carry out these programming changes, but wishes to continue to offer the best event to its festivalgoers,” says Metro Metro organizers.

Weekend and daily passes are still available through the Metro Metro website, starting at $127. The outdoor festival starts on Friday at 4 pm and concludes on Sunday after 50’s set.

Here’s hoping 50 Cent makes a French joke about his name being “Cinquante Sous.”

The Metro Metro Festival was founded in 2019 and aims to create “the first and most important event celebrating hip hop music and its artists in Canada.”

The first edition welcomed the likes of Cardi B, Snoop Dog, Future, and Sean Paul, among others.