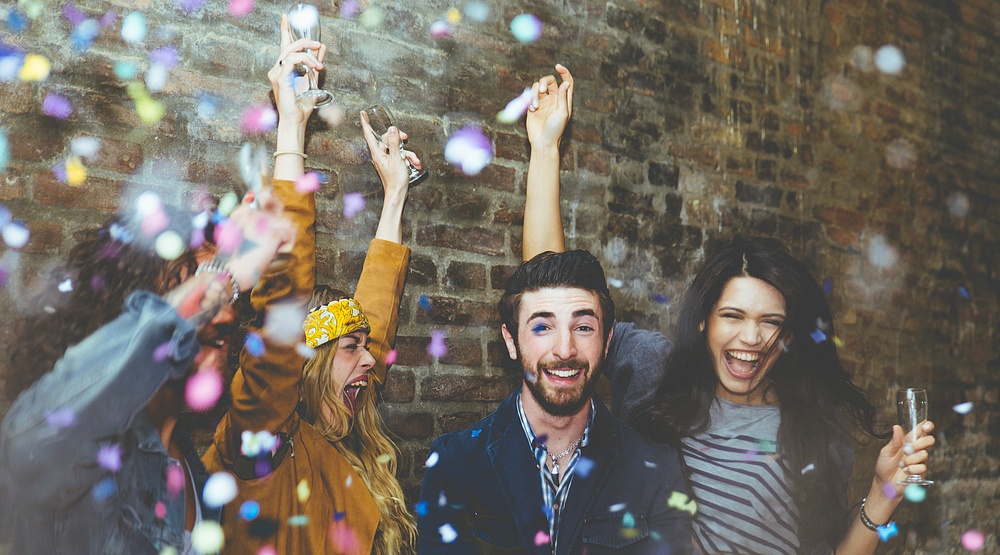 The summer just keeps on rollin’ in Montreal.

It’s finally the weekend, folks! And in Montreal, that means a whole slew of exciting activities. From cultural festivals and outdoor concerts to ‘roga’ and documentaries, you have plenty of options for how to spend the weekend.

Here are 13 things to do this weekend August 6 to 7 in Montreal:

What: The ÎLESONIQ music festival’s reputation continues to grow by leaps and bounds every year. It is the only electronic music focused festival in Montreal and features headliners such as Skrillex, Zeds Dead, and many more stars of the EDM scene.
When: August 5 and 6
Where: Parc Jean-Drapeau

Take in some Italian culture at Little Italy’s annual Italian Week. This year promises to be better than the last with endless amounts of free activities for the whole family. There will be a sidewalk sale, fashion show, outdoor museum, guided tours, and a FIAT 500 car exposition all for the low, low price of $0.

When: August 5 to 14
Where: Various locations

Last weekend was Osheaga, but this weekend the vibe at Parc Jean Drapeau is going to be a little different. This Saturday and Sunday, Heavy Montreal, our city’s own heavy metal music festival, will be taking over. Headliners include Killswitch Engage, Mastadon, and Disturbed

When: August 6 to August 7
Where: Parc Jean Drapeau

Looking to spice up your weekly routine? Then you have to check out this vegan cooking class happening on August 6th in Montreal. Inspired by Malaysian cuisine, which is said to have British, Portuguese, Japanese, Indian, Chinese, Dutch, and Thai influences, this cooking class will have you using typical Malaysian ingredients like coconut milk, lemongrass, ginger, turmeric, and coriander. The set menu is tom yum veggie soup, fried noodles with peanuts, coconut rice milk, and dalca, a mix of veggies and lentils. The three-hour class costs $60 and tickets must be bought in advance.

Celebrate Aboriginal cultures at Montreal’s First Peoples Festival. Running during the first full week of August, the festival features seminars, concerts, workshops, art galleries, and film screenings that will teach the Montreal community about the FIrst Peoples of Canada.

When: August 3 to 10
Where: Quartier des Spectacles

Montreal is hosting its very own Roga session (a combination of running and yoga) on August 6th. To kick things off, participants complete a 3km or 6km run. After the run, you’ll be treated to a complimentary yoga session courtesy of Andrew Bathroy of Element Yoga and Chloe Robertson of Wanderlust Yoga Studio. Reap the benefits of both yoga and running in one fun morning session! Be sure to reserve a spot for this free event in advance.

When: August 6 from 10 am until 1:30 pm
Where: Statue George-Étienne Cartier – Parc Mont-Royal

Every weekend in August, the SDC Vieux-Montreal invites Montrealers to attend classical music performances at Place Jacques-Cartier. These free chamber music concerts feature a small orchestra and many of the musicians have been handpicked from McGill University’s Schulich School of Music. Come out to hear some beautiful music in Old Port.

When: Saturdays and Sundays in July and August from 11 am to 1pm
Where: Place Jacques-Cartier

Chill out with your friends and enjoy a laid back day at Olympic Park this August. Fiesta Olympica, a day of fun and relaxation complete with hammocks, ping-pong tables, and as much food and drink as you desire, is happening every Sunday at Olympic Park. Did we mention there will be dancing? Prepare for anything from zumba to tango and be sure to join in the fun!

When: Every Sunday until September 4, 2 pm to 9 pm
Where: Sun Life Financial Esplanade, Olympic Park

Watch a documentary at the Redpath Museum

McGill University’s Redpath Museum hosts documentary film screenings throughout the summer. Totally free of charge, the documentaries chosen are scientific in nature and cover a wide variety of topics like caves, family farms, and sustainable cities.

Possibly the most romantic spot in Montreal, Les Amis de la Montagne is hosting a free concert each month of the summer at Chalet du Mont-Royal (the beautiful building at the lookout). Bask in the sun while overlooking our magnificent city and taking in some sweet classical music tunes. This month’s concert will be held on August 7th at 3 pm.

When: August 7 at 3 pm
Where: Chalet du Mont-Royal

In case you weren’t aware, this Sunday, August 7th is International Beer Day. Uncover some of the best ale Canada has to offer at a Craft Beer Tour in Montreal. Starting at $59, these three-hour walking tours include six craft beer tastings at three different brewpubs. For the ultimate French-Canadian beer experience, a Craft Beer Tour in Montreal is accompanied by none other than a delicious craft beer poutine.

Head out to Marché des Possibles and celebrate its last weekend running in Montreal! The Marche des Possibles is a public open-air space featuring free socio-cultural programming alongside a biergarten, food trucks, and pop-up restaurants. This is a great place to mingle, check out local art, and eat your face off!

When: Until August 7th
Where: Corner of Bernard & St-Dominique