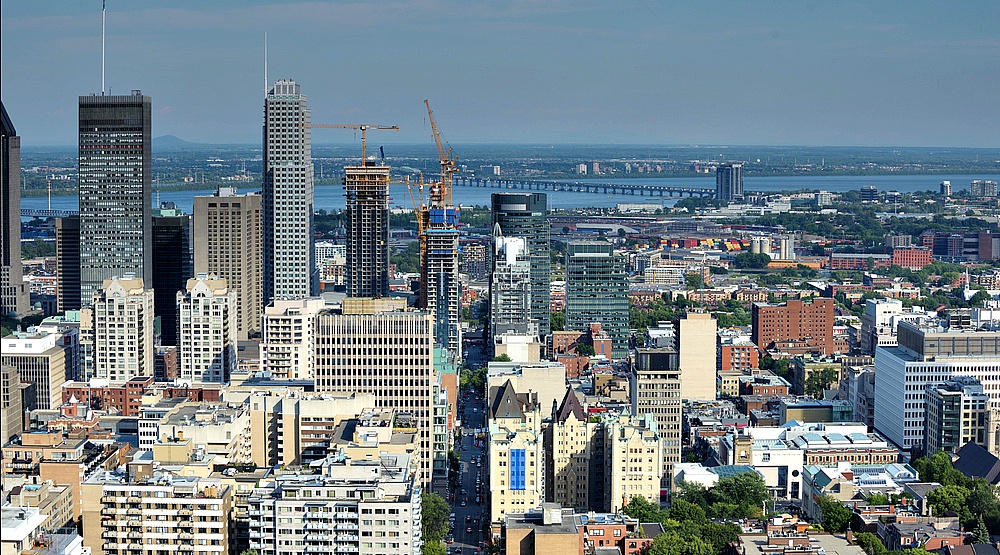 Oh, you’re from Vancouver? You must love skiing, yoga, and kale then…right? Even Canadians have stereotypes about other Canadians, and Vancouverites are some of the most enjoyable to (light-heartedly) make fun of.

In all seriousness, if you’re a Vancouverite-turned-Montrealer, we would like to officially welcome you to the 514!

Here are 11 things Montrealers think when you tell them you’re from Vancouver.

You must be obsessed with yoga

It’s a known fact that Vancouverites love yoga and lululemon. We’re not sure which came first, the love of lululemon or the love of yoga, but regardless Vancouverites are known for their love of the relaxing, body-bending activity. Don’t worry, it’s totally cool! Just like Vancouver, Montreal has a ton of yoga studios, many of which offer outdoor yoga classes (only in the summer though unfortunately).

You probably spent every weekend in Whistler

Since you’re from Vancouver, you must love skiing right? Ah, Whistler, one of the most stunning ski resorts in Canada. Since Vancouver’s only a couple of hours away from Whistler, and almost everyone in Vancouver has a chalet on the mountain, I bet you’re there all the time! Ok, I’m exaggerating, but seriously, Vancouverites are known to love all things outdoors, including skiing. If you’re looking for some good hiking or skiing near Montreal, you’ll have to head out of the city to Mont-Sainte-Anne, Mont Tremblant, Le Massif, or down to Vermont.

There’s no way you speak French…

This isn’t a judgment, it’s just an observation. And it’s something that most Montrealers will think about anyone that isn’t from Quebec…or France. Despite government attempts to implement a quality French language curriculum in English-speaking Canada, most French programs are awful. Even if you retain some information as a child, it all goes away since you have no one to practice with. All of this means that the conversation you’re having with a Vancouverite is likely going to take place in English.

We apologize in advance for our sushi

Vancouver has some world-class sushi. Truly, you could (and should) spend an entire trip to Vancouver just feasting on their incredible sushi. To a Vancouverite, Montreal sushi is well…lackluster. It’s not terrible, it’s just not nearly as fresh or diverse as the stuff you can get in Vancouver. Alas, we’ll just have to convert them to our poutine ways!

We bet you love the rain

Since it rains basically every day in Vancouver, we bet you’ve grown quite fond of it. In fact, your whole wardrobe probably consists of cute rain boots, rain jackets, and umbrellas. Sadly for you, those will only be good for a couple weeks out of the year here in Montreal. The others consist of sweltering heat and the ice age.

Complaining about the cold in Vancouver? Then you’re definitely not going to like what’s in store come December in Montreal. November and December are sort of like the pre-winter winter, featuring some snow and mild sub-zero temperatures. January and February are where things are going to get really rough. With snow several feet high and temperatures below -30, your rain jacket just won’t cut it.

At least you’re not a Leafs fan…

To a Montrealer, a Maple Leafs Fan is simply the worst. You know how we said Montreal is accepting? Well it is, except when it comes to the Leafs. Since we presume you’re a Canucks fan, which makes you ok in our books…though rest assured, we will try and convert you. Go Habs!

You smoke weed every day

The west coast generally, but Vancouver more specifically, is known for smoking weed. Just like the rest of Canada, smoking marijuana is illegal and yet Vancouverites have definitely acquired a reputation for being avid weed smokers. Honestly though, hit up Tam Tams one weekend and the same stereotype could be applied to Montrealers.

Your rent must have been astronomical

The price of rent in Vancouver is simply ghastly. $1000 a month for one room in a basement suite in Dunbar? Um, no thank you. We’re more than happy with our $1000 a month two-bedroom apartment in the Plateau.

Vancouver is often regarded as the most beautiful city in Canada, and has been ranked the most livable city in the world. Thus, when you tell a Montrealer that you’re from Vancouver, they are bound to think, “then why would you move here?” It’s not that Montreal isn’t great, it’s just that geographically Vancouver is blessed. And when you’re used to long snowy winters and flat terrain, all you want is to relax on a beach or go hiking in the mountains.

Montreal is a city of kind, outgoing, open-minded and caring people. No matter where you’re from, whether you’re Anglophone, Francophone, or something else entirely, Montrealers welcome you. Now let’s party!