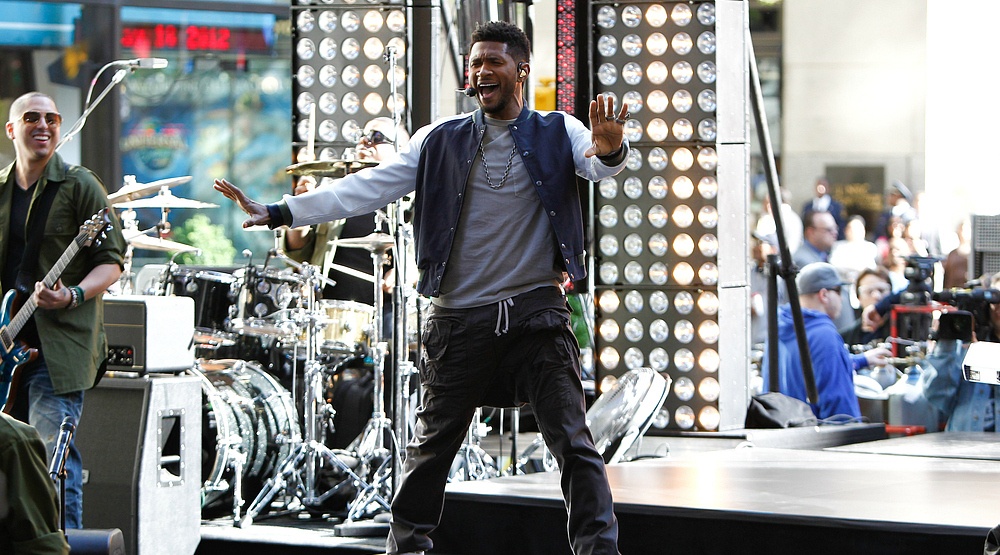 From Usher performing live at the Bell Center to a serious foodie festival, here are 11 things you need on your social calendar this weekend!

The MAC will hold its famous Annual Ball on Saturday 17 September under the theme Unleash the artist in you! With the help of 45 degrees, a company that work with Cirque du Soleil, the event promises to be visually stunning and exciting. The theme this year is inspired by the glam aesthetics of the 70s and 80s and the famous Andy Warhol. Over 700 movers and shakers are set to attend this event of the season!
When: September 17
Where: MAC Museum, 185 Rue Sainte-Catherine, Montréal

Support an amazing cause and see Usher (along with several other musicians) perform live at the Bell Centre this month. The Global Citizen Concert series, a concert series dedicated to ending Aids, Tuberculosis, and Malaria, is coming to Canada and will be stopping in Montreal on September 17th. With artists including Usher, Grimes, Metric, Half Moon Run, and Charlotte Cardin, you’re not going to want to miss this incredible night of music.
When: September 17
Where: Centre Bell

On September 17, Montreal will be hosting the 4th annual 500px Red Bull Photography Global Photo Walk. The 500px Red Bull Photography Global Photo Walk will have Montrealers out in the city meeting fellow photographers, sharing tips and tricks about photography, and of course, taking a few awe-inspiring images. The theme for this year’s walk is “Action and Adventure,” so whether you’re walking, running, cycling, hiking, or even skateboarding, the goal is just to capture all that energy and motion on camera.
When: Saturday, September 17 from 1 pm to 4:30 pm
Where: Station Metro Mont-Royal

The 5th Montreal Flamenco Festival is back and taking over Montreal with an incredible and diverse program. With live dance shoes and Flamecno musical artists of high caliber, this should not be missed.
When: Until September 17
Where: Various locations

There is only one month left of Montreal’s best EDM music extravaganza, Piknic Electronik. Wrapping up on October 2nd, Piknic Electronik is carrying into the fall with a show every Sunday afternoon at Parc Jean Drapeau. If you’re a huge Piknic fan, then be sure to head on over this Labour Day weekend for three back-to-back shows.
When: Every Sunday until October 2
Where: Parc Jean Drapeau

Austin instrumental rock band Explosions in the Sky return to our city to support their latest release The Wilderness. Seven albums and having been regularly featured in the Friday Night Lights show and movie, Explosions in the Sky’s sound is distinct and recognizable.
When: September 18 at 8 pm
Where: Metropolis, 59 Sainte-Catherine E

In celebration of the Montreal metro’s 50th anniversary, Heritage Montreal’s ArchitecTours is offering a two-hour tour of various metro stations across the city. The tours began on August 27th at the Pie-IX and Viau stations and will finish on September 25th. The tours are meant to emphasize Montreal’s history. According to tour guide Bianca-Desiree Arciero, each tour tries “to emphasize the fact that the Metro stations are representative of the time in which they were built.” Nancy Dunton, head of Montreal’s public activities committee, added, “a Metro station’s size, lighting, materiality, colour and public art are all inextricably linked with Montreal’s history.”
When: August 27 to September 25
Where: Various locations