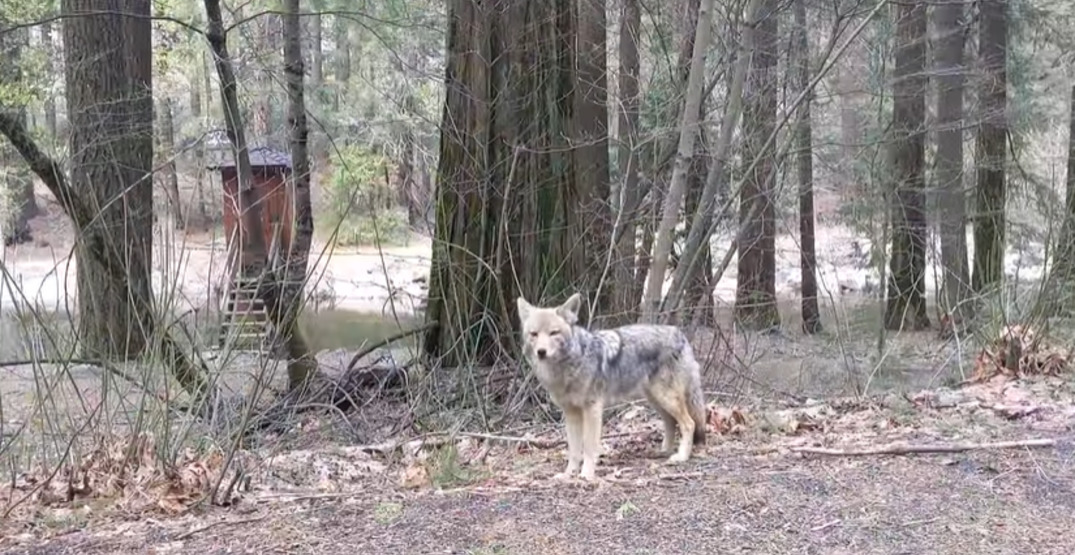 For most, a trip to a national park is an excuse to relax and unwind while escaping the hustle and bustle of everyday life to get back to nature.

However, this can come at a cost to native wildlife, as the influx of visitors can be a deterrent rather than a motivator for occupying these areas.

However, trails that were once filled to the brim with people are now eerily empty due to sweeping park closures.

While this may seem like an adverse scenario, the absence of human influence has allowed parks to revert back to simple, more natural conditions.

In a video posted to the Yosemite National Park Facebook page, viewers can see that the park is entirely vacant of any human presence.

Instead, the wildlife has taken over what was once entirely theirs.

Rather than traffic jams and lines of vehicles waiting for a parking spot, the streets are occupied by wandering deer.

Coyotes can be seen walking along the bike paths.

Viewers can even see a bobcat roaming the forests, a sight not typically observed when there are large numbers of people around.

Once the park is opened again to the public, the conditions are likely to change.

However, it does prompt us to take a moment to reflect on how significant the impact of human activity is on the rest of nature.

This video of Yosemite National Park provides a visual illustration of just how much of an influence we as humans have on the world around us as well as the necessity for dedicating resources to environmental preservation and conservation efforts.

Such measures not only ensure that we can return to these beautiful places once regulations are lifted but also highlight the vital importance of promoting the well-being of the wildlife that call these places home.