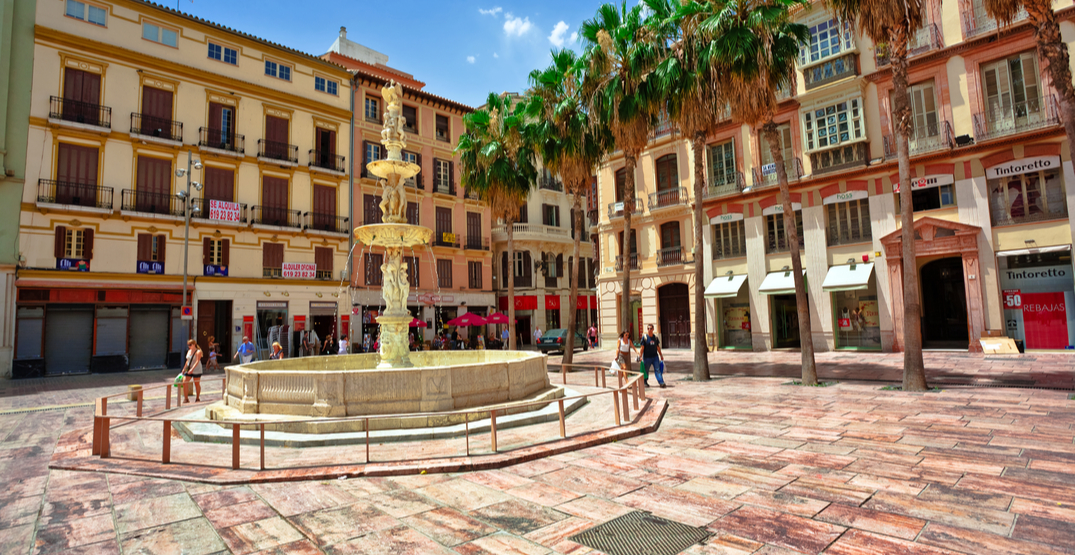 Montreal native, Allison Kelly is trying to make her way home after being placed in quarantine during a trip to Spain with her parents.

“In the few days leading up to my departure, we started to feel nervous,” Kelly explained to Mapped over Facebook. “However, we weren’t nervous about the right reasons.”

Kelly’s parents have spent four winters in the south of Spain near Málaga and on the Costa del Sol. She, and her boyfriend Chris, were planning to come to meet them this year and purchased their tickets in early January.

Allison’s tickets were booked for March 11 to 26, while her boyfriend was supposed to follow a few days later.

According to Kelly, at that time, Europe had a growing number of cases of coronavirus, but they were mostly in Italy. Spain was fourth in the World Health Organizations’ (WHO) watchlist for Europe with roughly 1,000 cases.

The Canadian government had issued a warning to citizens to avoid non-essential travel to specific destinations, including Italy. There was no mention of other European countries, Kelly said.

“In retrospect, this was totally naïve,” Kelly said. “My only defence is that I have never seen a global pandemic in my lifetime and thus wasn’t comprehending what was being explained to me.”

It is, unfortunately, a common theme amongst many people not only in Canada but the rest of the world, not realizing the gravity of the situation, and how the virus has penetrated its way into basically all aspects of our lives.

“We don’t really understand what is going on until we’re faced with a scary situation,” she continued.

“Be it you or someone you know getting sick, being stuck away from home in a lockdown, being laid off from work due to the plummeting stock market, or having to close your business and not knowing when or if you will be able to reopen. This pandemic is affecting people in such a variety of very real ways.”

Arriving on March 12, Kelly and her parents enjoyed a pleasant day as tourists. The following day, they began to notice that many attractions were closing but tried to make the most of it by reassuring themselves that walking around would still be nice anyway.

With a seaside apartment, they could still enjoy a peaceful beach vacation.

Things quickly took a turn for the worse on March 14, when the government of Spain announced the entire country would be entering a lockdown.

“The beach was closed off with police tape, and restaurants had until 5 pm that day to close up shop,” Kelly said. “We were going into a 15-day nationwide quarantine in an effort to flatten the curve of infection rate.”

Kelly and her parents took that morning to buy groceries as they knew that they would soon be confined to quarantine in their apartment.

“The store was very full, but people were kind and patient and were not over-purchasing out of fear, just stocking up for the lockdown ahead,” Kelly said.

“By 5 pm, we started seeing the police coming around giving restaurants and stores warnings that they needed to be shutting down.”

By then, they realized it was probably best to try and return home as soon as possible, Kelly and her parents went online to try and book tickets.

They soon found that the airlines were already overloaded with requests and were unresponsive. Tickets were being sold for €2,000 (CAD~$3,126), with a 24-hour layover in cities that had more confirmed cases of coronavirus than where they already were.

Knowing this, the family decided to stay put.

On March 15, they received more information regarding the terms of the lockdown. Only essential establishments, such as grocery stores and pharmacies, were to remain open.

Additionally, only one person per household would be able to venture out to run essential errands.

When journeying anywhere out in public, people were required to maintain a 2-metre distance between themselves and others. Grocery stores went so far as to have marks on the floor to illustrate the distance that individuals needed to maintain between one another in line.

“The police are stopping people now on the street who look like they are just out for a stroll giving them warnings,” Kelly explained. “By 8 am tomorrow, if you are not following the lockdown rules, you can be fined up to €3,000 (CAD $4,682) or face jail time.”

On Monday, the lockdown was in full effect with limited amounts of people outside and the police passing by “every ten minutes or so” to issue more aggressive warnings to those that weren’t out with a clear purpose or to vehicles with more than one passenger.

Trying to get home

Still safely inside their apartment, the family tried in vain to contact the consulate in Málaga, as well as their airline to get new flights, all while anxiously awaiting an announcement from Prime Minister Justin Trudeau with more information regarding how to proceed.

Following his speech, however, they were left feeling more anxious than relieved.

Land borders in Europe were now closed, and the family feared that it was only a matter of time until air travel would close as well.

“Once that happens, we know we could be stuck here for months.”

They were now rushing to find information regarding flights home, whether the Málaga airport was even open, and whether trains were operating to get them there.

“We want to get home, and the route to get there is very unclear,” Kelly said. “We have friends and family back home helping us search for information and flights.”

Upon trying to book multiple bookings, Kelly and her parents received various error and “unable to process” messages as flights quickly listed as sold out or cancelled.

Finally, they found a flight for Friday, March 20, taking them to Zurich, where they would have a 13-hour layover before flying to Toronto (where they will have another four-hour layover) and then home to Montreal.

Kelly told Mapped that she and her parents have neighbours, who are also currently stranded in Spain and managed to book onto the same flight, after having checked with another airline and finding only a €9,000 (CAD $14,067) ticket to get back.

Unfortunately, today they are experiencing difficulties on the trip home.

According to Kelly, one of the connecting flights says that it is now cancelled on the airline’s app, but that this same information is not reflected on the website.

“I’m only saying this to accentuate how hard it is to find information,” Kelly explains.

“You can’t even find out information as basic as ‘will the flight I purchased take off?'”

According to Kelly, no one is answering by phone, email or Facebook Messenger from Spain or Canada.

“It’s frustrating, but more than anything, it’s scary,” Kelly says.

“We’ve been sent some SOS email lines for our government from friends — the first was invalid and the second allowed us to email, but we haven’t heard back beyond an auto-reply telling us to check their FAQ. The flight we booked (which might be cancelled) is already sold out, so the other Canadians we know who are here can’t get passage. It’s been a big day.”

To the family’s relief, they received confirmation that the Spanish airport is still permitting passengers to leave, so long as they are travelling home.

With only a few days hopefully remaining in Spain, they are preparing for the journey home.

Once there, they will be in quarantine for 15 days.

“The hope is obviously that we will not catch the virus on our journey back,” Kelly said.

“But with all things at this time, you just have to take it day by day. None of us ever know what tomorrow will hold, and a worldwide crisis certainly puts that into perspective.”