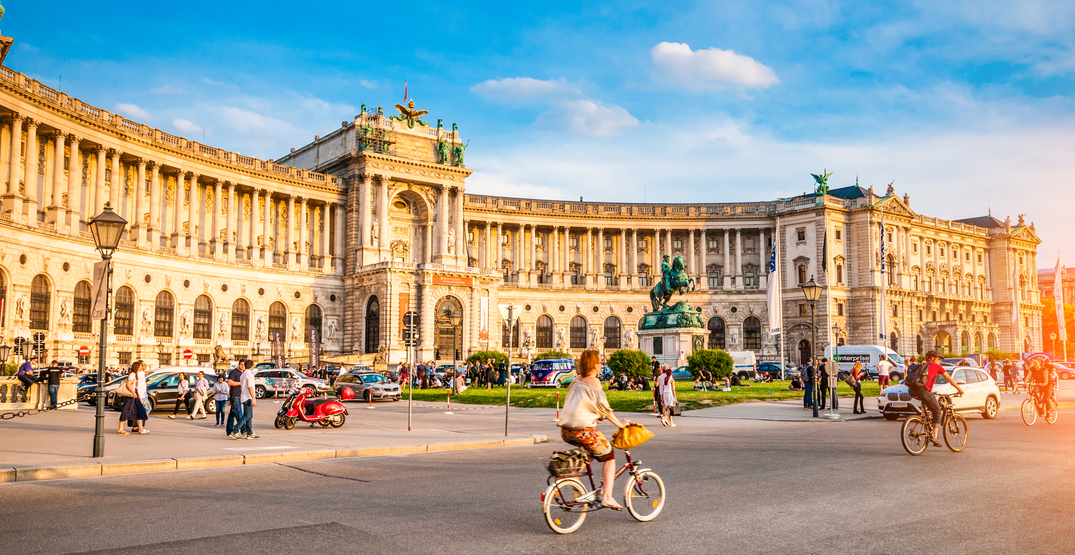 Vienna, Austria, wants to reward those who are using environmentally friendly transportation to get around.

More specifically, if you travel by walking, biking, or public transport, you will qualify to receive “culture tokens” through a new mobile app that can be redeemed in exchange for free tickets to four cultural institutions, according to an official press release.

Before it is rolled out to everyone, though, there will be a trial run for the initiative starting on February 26.

The mobile app operates via a tracking system with software that can recognize the vessel of transport and convert the corresponding CO2 savings to produce your personal carbon footprint utilizing data from the Ministry of the Environment.

The technology presents a “playful bonus system as an app to motivate citizens to reduce CO2 emissions and do something good for themselves. Digital credits can be redeemed in cultural institutions using the culture tokens,” the release explains.

The virtual token will appear on your cell phone’s display as a QR code, which must be shown upon entry to the various cultural locations.

The Kunsthalle, Wien Museum, the Colkstheater, and the Konzerthaus are the selected sites for the six-month testing period.

The initiative’s intention is two-fold: to encourage sustainable transit habits among users and to increase the overall presence of art and culture in their daily lives.

It is important to note, according to the release, that the free vouchers are not transferable for the time being.

Additionally, the tracking technology is limited only to Vienna.

If the “culture token” initiative is deemed successful, it will be released into full operation in the fall.