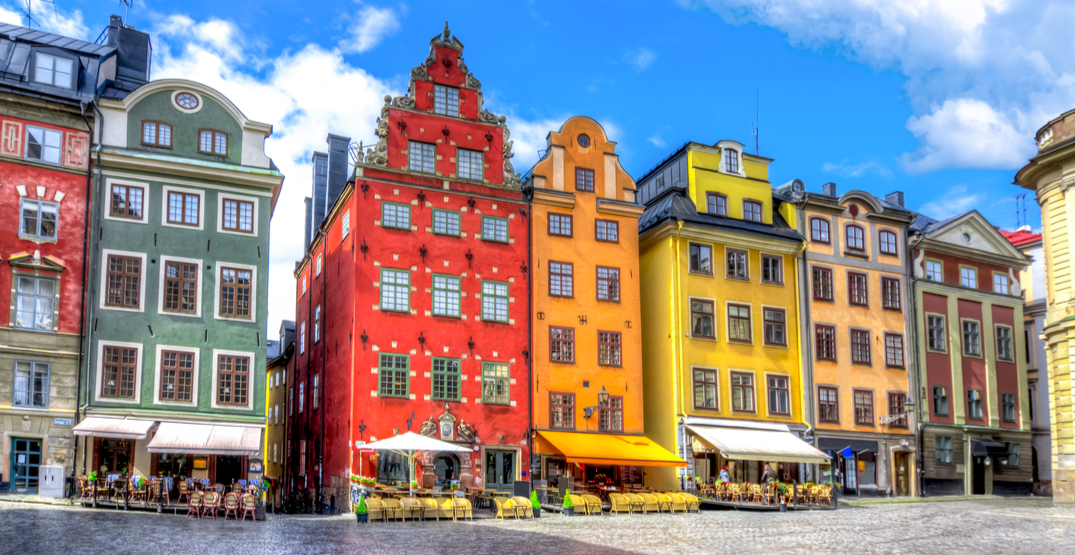 In a video posted to Twitter on Sunday, viewers can see Stortorget, a portion of Stockholm’s Old Town (Gamla Stan) in Sweden that is typically highly frequented by tourists almost entirely deserted.

Stortorget is the main square of Gamla Stan that features a beautiful fountain and colourful houses that are “the most photographed buildings in Stockholm.”

The 360-degree video zooms out and shows viewers the deserted square nearly completely vacant of people.

This is #Stortorget, the epicentre of tourism in Stockholm’s Old Town. Normally crowded with visitors, the square is now eerily quiet. #360 shot by Jann Lipka pic.twitter.com/EtokVXJWHx

Additionally, Visit Stockholm posted a video to its Twitter account with a panoramic view of the city from the City Hall Tower that provides an even broader image of the empty streets and vacant areas.

Last Friday we walked the 365 steps inside the City Hall Tower so we could share this amazing view with you 🙂
Stay safe everyone ❤️ pic.twitter.com/xrj6bObJL4

Sweden recently extended its temporary entry ban to the European Union via Sweden to May 15. The initial policy began on March 19 and was meant to last 30 days.

Sweden has been the worst-hit of all the Nordic countries when it comes to the number of confirmed known cases of coronavirus.

As of April 27, according to Johns Hopkins University, Sweden currently has 18,926 total confirmed known cases of coronavirus in the country with 2,274 total deaths.