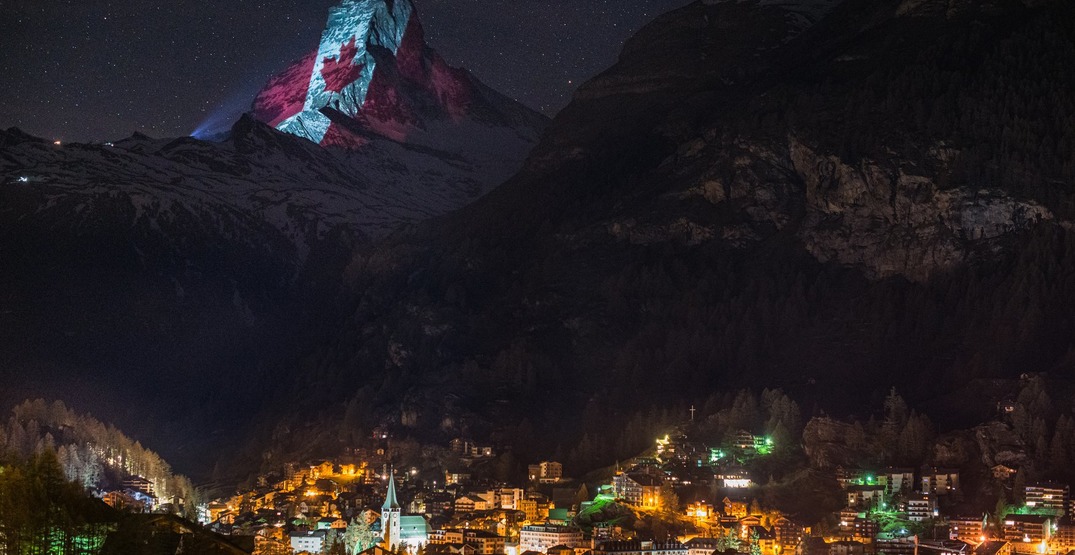 Switzerland’s Matterhorn Mountain lit up with a projection of the Canadian flag on Friday to show that the country stands in solidarity during this time of global crisis.

“We share our hope with Canada!” a post on the official Switzerland page stated. “The Matterhorn was illuminated with the Maple Leaf last night. Zermatt Matterhorn wants to give hope and solidarity to all of you.”

The mountain has been illuminated with encouraging messages since the country entered its lockdown, with projections honouring other countries including Brazil, Turkey, Russia, Iran, Peru, Austria, Pakistan, Singapore and Poland.

Additionally, messages of hope, including “#hope,” and “#stayhome,” have also been featured, as well as captions such as “Strong like a mountain.”

Switerzland declared a state of emergency on March 16 due to the increasing number of confirmed cases.

According to Johns Hopkins University, as of April 26, Switzerland has 29,061 confirmed known cases of coronavirus with 1,610 total deaths.