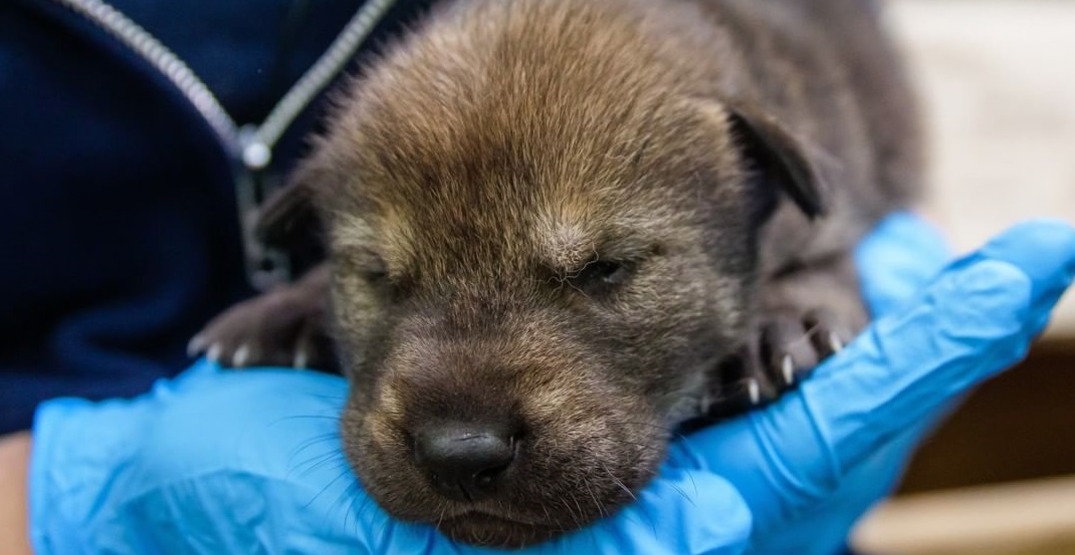 Get ready for your daily dose of aww’s, because the North Carolina Zoo has some adorable new additions to its facility.

The litter consists of five pups, three males and two females, and they and their mother are happy, healthy, the zoo announced in a post to its website on Friday.

Currently, there are only 15–2o red wolves in the wild, the post explains, and they are only located in eastern North Carolina, making them “the most endangered canid in the world.”

To celebrate the pups’ arrival, they were named after various plants found across the state. The males were named Oak, Cedar, and Sage while the girls were named Lily and Aster.

It is the first litter for parents Piglet and Jewell.

We’re thrilled to announce the birth of 5 American red wolves as part of our red wolf breeding program! Born April 21st, the pups & their mother are all healthy & doing well.

With only 15-20 red wolves in the wild, only in NC, they’re the most endangered canid in the world. pic.twitter.com/SoUqRj47LV

“This litter brings the number of red wolves in the Zoo’s breeding program to 25, making it the second-largest pack in the US after Point Defiance Zoo and Aquarium in Tacoma, Washington,” the post states.

The adorable new arrivals and their mother are currently living in a secluded area not viewable to the public. They also receive minimal interaction from keepers and staff to allow their mother to raise them in a stress-free, natural environment.

American red wolves once ran rampant across the southeastern United States but became nearly extinct during the late 1960s.

North Carolina Zoo has been a member of the American Red World Recovery Program since 1994, and its red wolf pack has bred 11 pups in the last three years while successfully breeding 34 wolves since the initiation of the program.