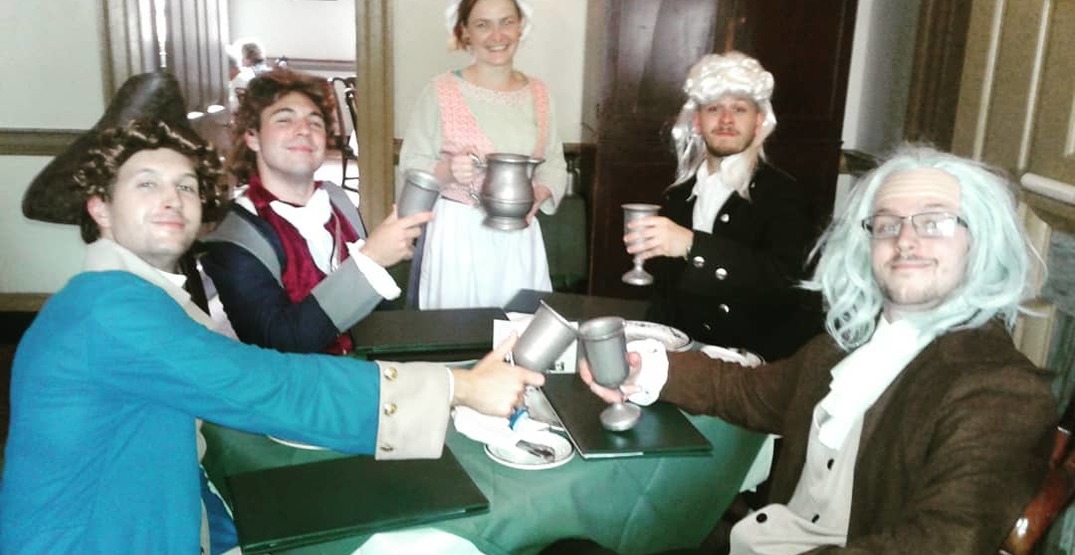 Pennsylvania is home to some of the most pivotal moments in American history, dating back to the United States’ valiant quest for independence.

One such destination was the City Tavern of Philadelphia.

The tavern, whose opening dates all the way back to 1773, according to its website, served as a usual hangout for members of the very first Continental Congress.

The tavern was such a frequented location during the American Revolution that, when independence was finally achieved, City Tavern says it held the first-ever Fourth of July celebration.

Devastatingly, the beloved watering hole fell victim to a fire in 1834, which caused extensive damage to the structure of the building and was demolished 20 years later.

Now, thanks to a restructuring effort to construct an accurate replica, visitors can venture back in time to 1776 in an immersive historical experience of this iconic locale.

The menu, all inspired by colonial-style cuisine, will transport you to a simpler era as the waitstaff adorn authentic time-accurate attire, and you are entirely surrounded by 18th-century décor.

“City Tavern’s cuisine is made fresh daily from scratch with local ingredients,” Chef Walter Staib explains on the restaurant’s website.

“Just as the founding fathers dined on elegant, sophisticated cuisine at City Tavern, so will you.”

If you’re vegan, don’t worry. There are options for you too.

The restaurant has a Fried Tofu dish specifically inspired by instructions written by Benjamin Franklin himself in a letter written to Philadelphia’s John Bartram in 1770.

If you would like to learn more about the history of the iconic restaurant and tavern, inquire about the complete menu, or book a reservation to try it for yourself.