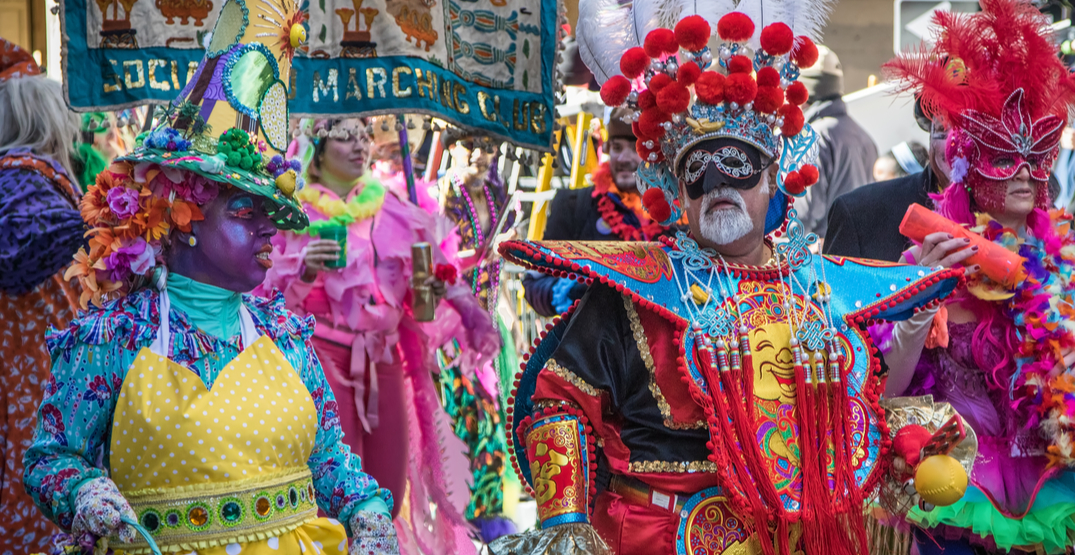 Just the utterance of those two little words prompts the mind to consider endless possibilities of bountiful celebrations.

The festival can represent a variety of things for different people: It’s an event, a lifestyle, a fragment of history, or merely an excuse to party your face off.

Regardless of why you are going, it is best to come prepared, especially if it is your first time visiting The Big Easy.

Have no fear! We are here to ease your frantic mind.

Here is our list of things that are essential to know before your first trip to Mardi Gras.

Mardi Gras is just one day of the overall Carnival season

It’s easy to fall into the habit of saying that you are going to New Orleans “for Mardi Gras,” when in actuality, you may not be visiting for the day itself.

To get technical, Mardi Gras falls on the last Tuesday before Ash Wednesday.

According to the Louisiana travel website, the day of Mardi Gras “ushers in 40 days of best behaviour during Lent, and “Carnival” is the season that begins on the Feast of Epiphany.”

Mardi Gras is a holiday like Easter or Christmas.

There is no such thing as “official” merchandise.

If a vendor is trying to sell you their product or service by claiming that it is “official” to Mardi Gras, they are conning you and taking advantage of your naiveté.

Websites and products are not licensed by the government to represent Mardi Gras, and all individual krewes are responsible for their own merchandise.

What is a krewe?

According to Merriam-Webster, a krewe is “a private organization staging festivities (such as parades) during Mardi Gras in New Orleans.”

To put it simply, krewes are charitable organizations or associations that put on parades and masquerade balls.

Many groups typically keep their parade themes hidden until the night of the event to maintain a certain level of suspense.

Another quirk surrounding krewes is that many are entirely committed to shielding their participants’ identities, which is why you will see them wearing extravagant masks during the parades.

Contrary to what you may think, Mardi Gras is a family celebration.

A word to the wise, though: be sure to bring some sort of bag to collect all of the items that children are inevitably going to collect at parades.

Items such as stuffed animals, beads, and toys are common things to be thrown.

The Garden District of St. Charles is a popular area for families to stake out the best parade-watching locations.

There’s a trick to getting the best parade goods

According to the Louisiana travel website, if you’re genuinely adamant about getting the best stuff, make your way over to the end of the parade route.

“You’ll be showered by effervescent float-riders with a single goal: chuck all bags of beads off before they get off the float themselves.”

In terms of places to stay, location is everything

Finding a place to park a vehicle during all of the festivities is likely to be a gruelling challenge.

Walking is likely to be your best bet for getting around, especially if you plan on indulging in any alcoholic libations — which is likely.

To stay close to the parades Uptown, the Garden District is a desirable location to lay your head with the French Quarter being just a streetcar journey away.

For somewhere a little bit quieter, the Faubourg Marigny — often referred to as “the Marigny”) and Bywater neighbourhoods are also viable options.

Mardi Gras is not hosted in the French Quarter

It’s a common misconception that Mardi Gras takes place on the infamous Bourbon Street in the iconic French Quarter of New Orleans.

However, the Mardi Gras parade is conducted along St. Charles Avenue, instead.

You don’t need to flash your tatas to get beads

To butcher the Meat Loaf lyric, many will do anything for beads, but you don’t have to do that.

Because the people throwing treasures are aware of this unfavourable fad, they may choose to take advantage of women by asking them to show their breasts in exchange for beads.

In fact, those who are caught requesting that women bare it all can be arrested on the parade route for doing so.

This concept is really only conducted in the Bourbon Street area of the French Quarter and does not reflect the rest of New Orleans during Mardi Gras.

A Rex, or the King of Mardi Gras, is chosen every year by the members of the Krewe of Rex to head the parade as well as Fat Tuesday.

His queen, the Queen of Mardi Gras, is also selected by the crew.

What is Fat Tuesday?

Fat Tuesday — also known as Shrove Tuesday — is the day in February or March right before Ash Wednesday.

It is a day for people to completely gorge themselves with anything and everything they desire before the beginning of Lent, a time of fasting for Christians.

On top of fasting, Christians also give up one of their vices or something they enjoy.

Thus, Fat Tuesday is a celebration and opportunity to indulge in your guilty pleasure food that you will soon sacrifice for the Lenten season.

One of the most traditional food items to chow down on is pancakes or other foods made with butter, eggs, and fat.