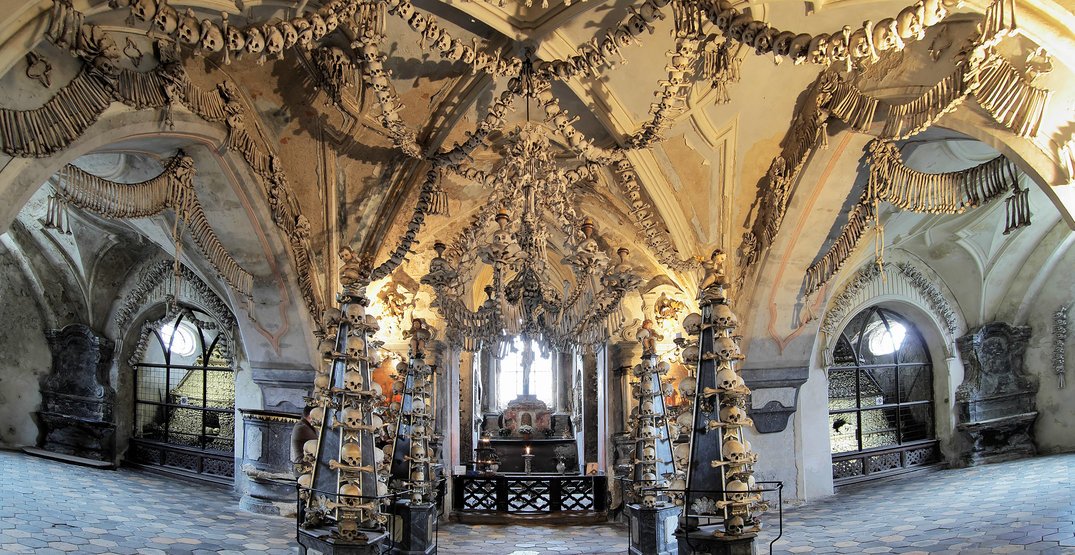 The Sedlec Ossuary Chapel, perhaps better known as the “Church of Bones,” in the Czech Republic town of Kutná Hora is the latest in a growing list of attractions to take an objective stance on photography.

The underground chapel attracts tourists across the world, with many drawn to its unique interior design.

However, with an influx of visitors, the increase in tourism has become a double-edged sword, particularly in the age of social media.

Radka Krejčí, director of the Sedlec parish, informed CNN reporters in a briefing conducted in the Czech Republic that photography in the Sedlec Ossuary will be significantly regulated and limited as of 2020.

“We believe that our visitors will respect this decision and, at the same time, understand the reasons that led us to this step.”

The decision was reached to restore and maintain the dignity and respect of the chapel.

However, the new rules are not meant to ban photography outright.

Instead, tourists who wish to take photos will be required to receive permission from the parish three days in advance. The rules will also apply to the nearby Cathedral of the Assumption of the Virgin Mary and St. John the Baptist.

The bones of nearly 60,000 skeletons discovered on the site have been utilized to build decorative elements, the most famous being a large chandelier.

According to Krejčí, half a million people visited the ossuary in 2017, and numbers are only expected to keep increasing.

A significant problem facing the ossuary — which is in the midst of renovations to assist in managing the flow of visitors to the site — is the outbreak of inappropriate selfies.

Tourists taking insensitive selfies and disrespectfully manipulating the bones to create their desired images has occurred despite the signs –written in multiple languages — asking visitors to be respectful and polite.

Unfortunately, multiple visitors have removed bones from walls, attempted to touch and kiss skeletons, and have even put sunglasses or hats on skulls for distasteful photo-ops.

These actions are not only tacky and offensive. They directly desecrate a holy site that hundreds of thousands of visitors come to every year.

Ultimately, the skeletons are dead bodies that were once human beings, not to mention that Kutná Hora’s town center is a UNESCO World Heritage site.

It has not yet clearly been stated what the new photography restrictions will call for beyond the three-day rule.

The Sedlec Ossuary Chapel is not the first place to enforce harsher rules when it comes to photography. Many historical destinations in Europe have forbidden photography entirely.

Three of the most notable locations to outright ban photography are the Van Gogh Museum in Amsterdam — with exceptions made for the entrance hall as well as a couple of ‘selfie walls — London’s Westminster Abbey, and the Sistine Chapel in Vatican City.

When travelling, it is best to practice common sense and realize what is and is not appropriate.

If you are unsure, do your research beforehand and try your best to conduct yourself in a manner that is respectful not only to particular sites but also to the people, culture, and region that you are visiting.