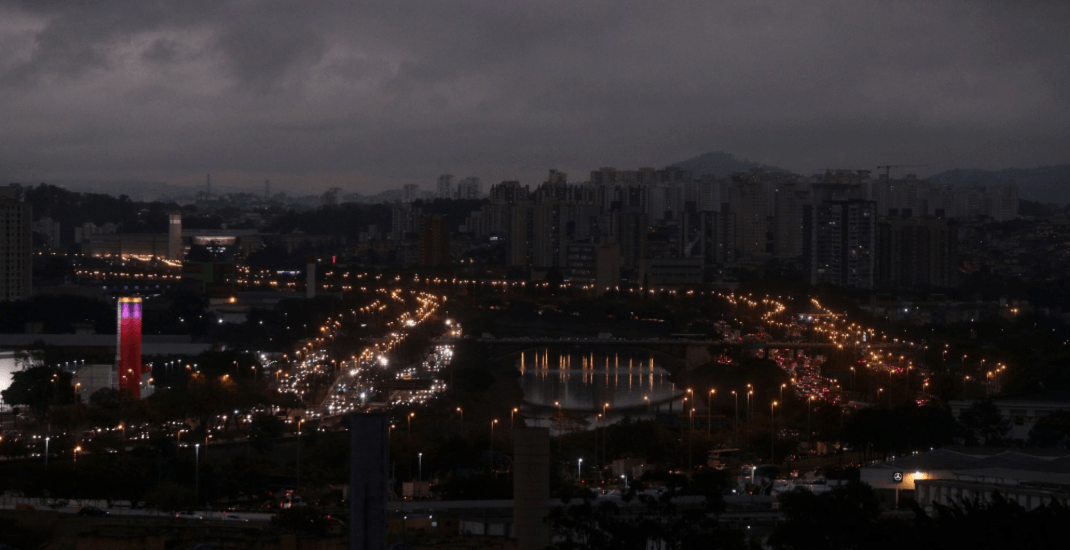 The afternoon skies over São Paulo turned black on Monday afternoon due to the smoke from wildfires burning in the Amazon rainforest burning nearly 3,000 km away.

According to BBC, the smoke from the wildfires caused an hour-long blackout in São Paulo on Monday.

This is the sky of the biggest city in the country of Brazil, São Paulo at 2-3 P.M.

The smoke of the burning Amazon Rainforest has covered it entirely.

OUR PLANET IS DETERIORATING BEFORE OUR EYES AS A RESULT OF CLIMATE CHANGE!

This is #SãoPaulo, my hometown, covered in smoke particles from #Amazon fires (thousands of kilometers away) at 16:00 yesterday. It normally gets dark around 18:00 this time of the year. Forest fires in #Brazil increased 82% this year compared to 2018. pic.twitter.com/atTmE3iwLM

São Paulo (2300km or an 8 hour plane ride from the Rondônia, an area near the rainforest) last night engulfed in smog from the fire destroying the Amazon rainforest pic.twitter.com/hHRkgoBlAw

Sao Paulo was dark for around 1 hour on Monday, because of the smoke from forest fires burning in the states of Amazonas and Rondonia

This is São Paulo at 3pm!
Smoke from the Amazon fire blocked out the sun.

The planets lung has been burning for 3 weeks and I found out today.

The forest has been burning for more than 15 days and yet no one was talking about it 🌳🇧🇷#PrayForAmazonia #ARMYHelpThePlanet pic.twitter.com/vczsNPUqdc

The forest fires burning in the states of Amazonas and Rondonia are so large they can be seen from space. BBC reports that the number of forest fires in Brazil saw an 83% increase since the same period last year. 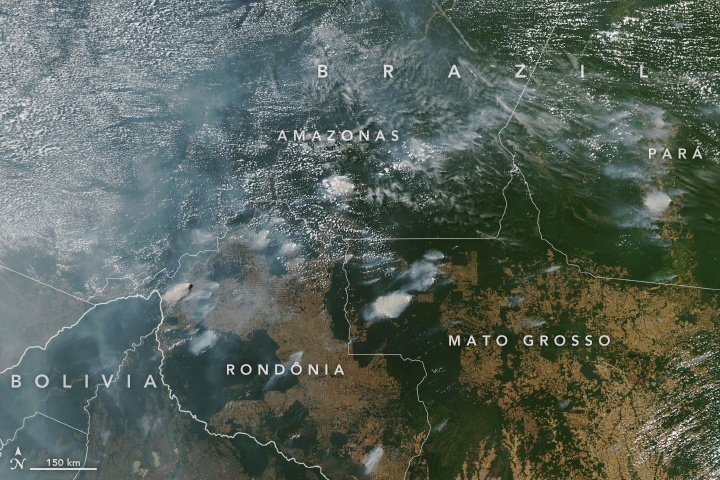 Environmentalists are reportedly placing much of the blame for the fires on Brazil’s President Jair Bolsonaro, who has encouraged deforestation of the world’s largest rainforest.

The World Meteorological Organization (WMO) also produced a time-lapse the smoke, which is moving toward the Atlantic coast.

From the other side of Earth, here’s the latest on the Amazonia fires 🌳

Concerns over the state of the Amazon rainforest was expressed globally on social media on Monday, as the #PrayforAmazonia hashtag began trending on Twitter to raise awareness about the fires and deforestation.