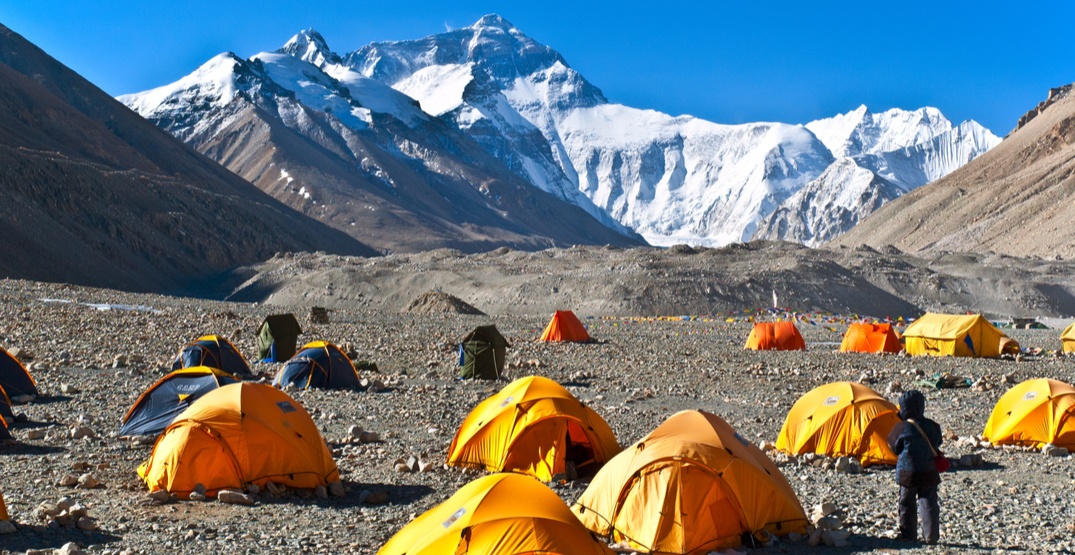 Everest base camp at 5,200 metres. (Shutterstock)

Trash is a dire problem around the globe, with cases such as this sea of plastic off the coast of Central America showing just how serious the problem is.

Movements such as the viral #Trashtag challenge are doing their part to help, and the impact of the problem is being highlighted through some of the world’s top attractions.

The world’s highest mountain, Mount Everest, has turned up alarming amounts of trash and prompted Nepal to launch a 45-day “Everest Cleaning Campaign,” reports The Hindu.

The garbage has been left behind by the hundreds of climbers, Sherpas, and high altitude porters that visit Mount Everest each year. The world’s highest peak has been redubbed the “world’s highest garbage dump.”

The clean-up team gathered 3,000 kg of garbage during the first 15 days, and aims to collect nearly 10,000 kg from the mountain and its surrounding region by the end of the campaign.

But garbage isn’t the only thing that is being removed from the mountain.

The team found four bodies within the initial stages of their clean-up of the Base Camp.

As high temperatures melt glaciers and snow, an increasing number of climbers’ dead bodies are being found.

“Due to the impact of climate change and global warming, snow and glaciers are fast melting and dead bodies are increasingly being exposed and discovered by climbers,” Ang Tshering Sherpa, former president of Nepal Mountaineering Association, told CNN.

Adventurers are reminded to always prioritize the safety and wellbeing of themselves and the environment.