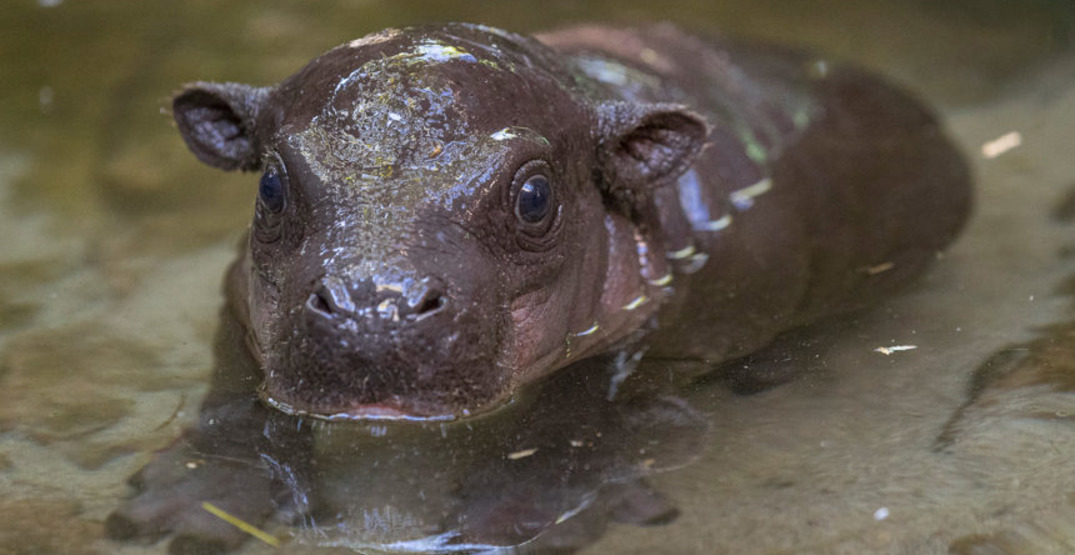 San Diego Zoo has welcomed a new resident to its facility as Mabel, a four-year-old pygmy hippopotamus, gave birth to her first calf last month.

The new arrival, a male born “just before 9 am on April 9,” according to a statement from the zoo, weighed 12.4 pounds.

It is the first successful birth of a pygmy hippo at the zoo in over 30 years.

Mabel had her baby in an indoor habitat specifically for pygmy hippos. It is typical for these calves to be secluded in a safe area before they begin to walk and follow their mothers, the statement explains.

Both mama and baby are doing well, staff say, and the calf is nursing and getting lots of attention from his first-time mother.

Pygmy hippos are listed as Endangered on the International Union for Conservation of Nature (IUCN) Red List of Threatened Species. They are native to rivers and streams in the forests of West Africa. There are fewer than 2,500 of them remaining in Africa, with the primary threats to their survival being logging, farming, and human settlement in their natural environments.