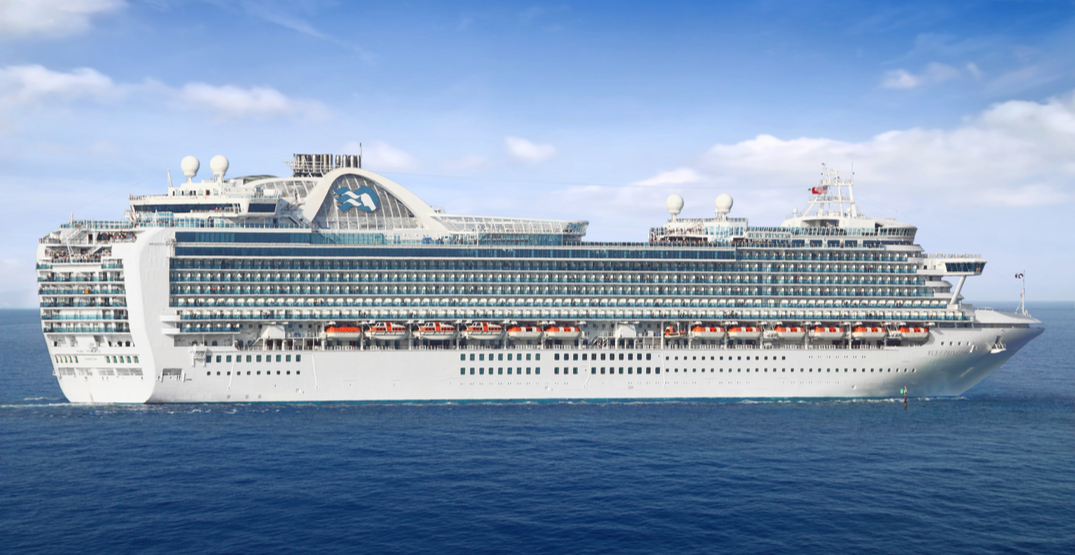 Two new lawsuits against Princess Cruises have recently surfaced accusing the organization of not instilling the necessary precautionary measures to ensure the health and safety of passengers aboard two of its vessels.

These sailings both received significant media attention when news broke of outbreaks of COVID-19 cases onboard.

The suits assert that Princess Cruises did not instill appropriate health screening procedures during the embarkation process for the Grand Princess and Ruby Princess ships. They also allege that the company did not react swiftly enough to institute mandatory isolation orders for those infected once the first cases of the virus had been discovered.

Both suits were filed in the US District Court in California by the same law firm, Lipcon, Margulies, Alsina & Winkleman, P.A., and seek class-action status for passengers onboard both vessels. (Class-action status allows a large number of individuals with a common interest to sue as a group.)

The lawsuit surrounding the Grand Princess alleges Princess Cruises’ “knowing and intentional decision to proceed with a 16-day cruise on February 21, 2020, knowing at least one of its passengers from the prior voyage had symptoms of coronavirus.” It also alleges that the cruise line made the “intentional decision” to not disclose to passengers at any point during boarding or while they were on board that there were passengers on the previous voyage that presented symptoms of the virus, nor that other passengers on the “subject voyage” showed signs of infection.

Finally, it asserts that the company decided to wait one day to instruct passengers to self-isolate in their cabins after receiving the information that the passenger who had presented symptoms to the Grand Princess medical facility had tested positive for coronavirus.

“In so doing, Defendant [Princess Cruises] subjected over 2,000 passengers to the highly contagious coronavirus, and exposing passengers to [the] actual risk of immediate physical injury and death,” it states.

It continues that new passengers were able to embark on the Grand Princess within just hours of its arrival in San Francisco on February 21, before the vessel could undergo proper sanitization and sterilization procedures.

The ship continued to Hawaii, but passengers were quarantined on the return voyage after a passenger on the previous sailing to Mexico had tested positive for coronavirus.

“Before boarding the Grand Princess on February 21, 2020, passengers contacted Princess over their concerns of the vessel’s safety surrounding the coronavirus. Princess assured passengers its vessel was not affected by the coronavirus, was safe, and that there was no need for concern.” Passengers aboard this sailing were also informed that they would not receive a refund should they cancel their voyage.

The Grand Princess was finally permitted to port in San Francisco on March 9 for passengers to disembark. However, the suit explains, they were reportedly not instructed to physically distance from other passengers when doing so, placing them at a “heightened risk of exposure to the coronavirus.”

Regarding the Ruby Princess lawsuit, it explains that the sailing departed from Sydney, Australia, on February 24, even though it was allegedly aware of at least one individual presenting symptoms of coronavirus, placing “over 2,700 passengers” at risk.

“On or about February 19, 2020, Defendant became aware of at least one passenger showing symptoms of COVID-19 onboard the Ruby Princess, but Defendant did not take any extra precautions.”

On this sailing, 158 passengers on board became sick, with 13 of them presenting with high temperatures — a known symptom of coronavirus. According to the suit, this information would establish a “hazardous condition” that would have required Princess Cruises to disclose its findings.

When the Ruby Princess arrived back in Sydney on March 8, 2020, nine passengers were tested for coronavirus. However, Princess Cruises reportedly did not inform passengers embarking on the March 8 sailing that these passengers were experiencing symptoms, warranting the need for testing.

“At least two of these passengers tested positive for COVID-19 during the March 8, 2020 voyage on the Ruby Princess, which Defendant were aware of.”

Similar to the Grand Princess suit, this suit asserts that the cruise company allowed new passengers to board the Ruby Princess “within just a few hours” of its initial return on March 8 without adequately cleaning the ship.

The suit asserts that passengers expressed their concerns surrounding the transmission of coronavirus and were reportedly assured that the vessel was safe and that there was no cause for alarm. These passengers were also instructed that they would not receive refunds should they cancel their trips.

According to the suit, these new passengers were also not informed on their embarkation date of March 8 that previous passengers from a prior voyage had symptoms of the virus or that passengers aboard their sailing had been exposed to and were potentially carrying coronavirus.

During boarding, Princess Cruises sent text messages to passengers stating that the process would be delayed but failed to mention that this was due to coronavirus testing being administered to passengers on the previous voyage, the suit explains. New passengers were reportedly not screened or medically examined before boarding in any way.

It wasn’t until March 13 that a passenger from the prior voyage that had displayed symptoms of coronavirus and was tested when the Ruby Princess initially returned to port tested positive for the virus. By March 14, five passengers contracted symptoms on board the vessel.

“Yet, Defendant took no action and find not inform passengers about their actual risk of exposure of COVID-19 and/or to an actual risk of immediate physical injury and/or death.”

It wasn’t until “on or about” March 15 that Princess Cruises issued forms to passengers requesting that they state whether or not they were experiencing a cough or fever. However, according to the suit, at no point did the cruise line disclose to passengers that there were suspected cases of coronavirus on board.

Eventually, 128 passengers and crew members were believed to have contracted the virus, information that was allegedly not shared with other passengers on the vessel who were unaware of their significant risk of exposure.

“Defendant’s negligent misconduct was predicated on a profit motive because simply put, cruise lines like Defendant make no money when passengers don’t sail,” the suit asserts.

“This voyage set sail knowing it was a virtual certainty that there would be an outbreak, similar, if not identical, to those which Princess’ other vessels (Diamond Princess and Grand Princess) had already very publicly faced. This callous disregard for the safety and well-being of its passengers must be answered for.”

In a press release issued on June 3, Princess Cruises announced that it would be extending its service suspension of voyages to select destinations through October, citing the “closure of cruise ports in regions around the world and other factors impacting international travel.”

“Princess Cruises has been sensitive to the difficulties the COVID-19 outbreak has caused to our guests and crew. Our response throughout this process has focused on the well-being of our guests and crew within the parameters dictated to us by the government agencies involved and the evolving medical understanding of this new illness. We do not comment on any pending litigation.”