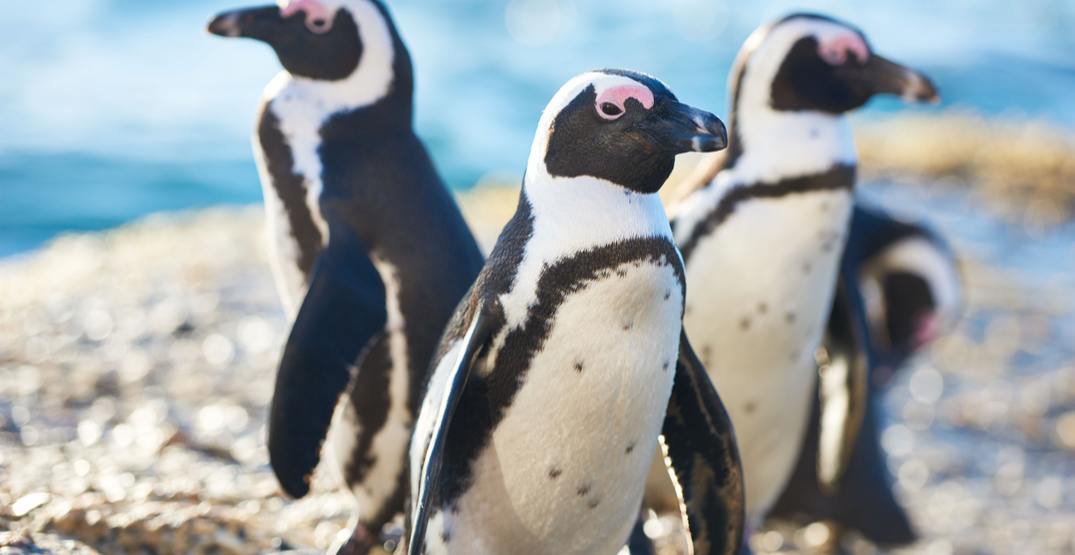 A trio of troublesome penguins was seen wandering the streets of Simon’s Town, South Africa, on Saturday, and the footage, shared by the Southern African Foundation for the Conservation of Coastal Birds (SANCCOB), is ridiculously adorable.

“#Lockdown has its perks for #Africanpenguins in Simon’s Town,” SANCCOB shared in an Instagram post featuring the video.

“This is one of the reasons why our Penguin Rangers have their hands full, but waddling down the street is enjoyable & safer for the birds these days, clearly!”

There are many names for the African penguin, including “black-footed penguin,” “Cape penguin,” or “Jackass penguin.”

The pint-sized penguin is characterized by a band of black feathers across its chest as well as a circle of skin without feathers around its eyes.

They are named African penguins, as they occupy several locations along the coasts of Namibia and South Africa.

While one of their titles may have “Jackass” in it, social media users think that these three are anything but. In fact, people from around the world have been delighted by the lovable trio.

One user wrote, “I love how the penguin in the front, stops, looks back & waits for the others to catch up… & then races off again. Very sweet!”

“The little hop onto the pavement lmao so law abiding,” wrote another.

Many users were quick to draw a comparison between these three and the three penguins from the Madagascar movie franchise.

Like many other locations around the world, Simon’s Town is currently under lockdown due to the pandemic.

Perhaps the lack of people occupying the streets was just the motivation these little penguins needed to take off on an adventure.