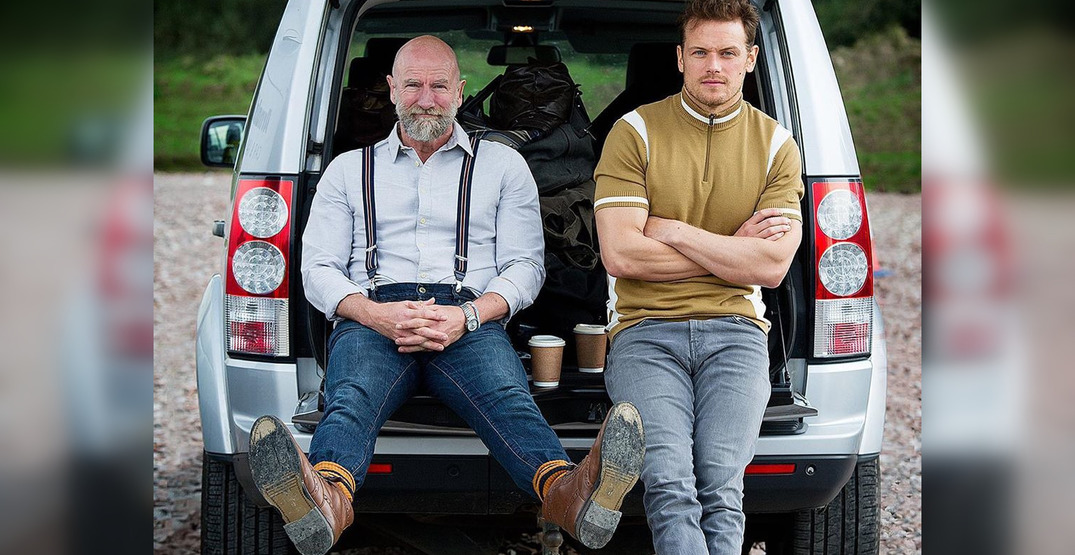 Fans of the historical drama Outlander will get to see more of two of the show’s stars as they entertain and engage viewers in a new explorative travel series.

Sam Heughan and Graham McTavish, in association with Starz, a Lionsgate company, will be hosting an unscripted docu-style travel show that will educate viewers and commemorate the rich history and culture of Scotland.

Two blokes on the adventure of a lifetime. #MenInKilts: A Roadtrip with Sam and Graham is coming soon to @STARZ. pic.twitter.com/cpEUZdyk7w

The series will consist of eight 30-minute episodes, where viewers will follow Heughan and McTavish as they engage in various adventures that lead them to discover the unique tradition and history of their homeland. They will meet with a variety of experts, historians, and local artisans, as audiences witness for themselves the actors’ genuine reactions to the events of their travels.

Aptly named Men in Kilts: A Roadtrip with Sam and Graham, the series will transport viewers from Glencoe, where a bloody massacre and clan dispute took place to the Culloden battlefield in Inverness, the location of a significant battle that fans of the Outlander series will be familiar with as a critical turning point in the country’s history.

“The genuine curiosity and passion that Sam and Graham have for the landscapes they visit and the stories they uncover while travelling through the heart of Scotland makes Men in Kilts: A Roadtrip with Sam and Graham a truly enjoyable journey of discovery for the audience,” President of Original Programming at Starz, Christine Davis, said in a press release.

Holly Jacobs, executive vice president of alternative and syndication programming at Sony Pictures Television, echoed the sentiment, adding that the authentic friendship between McTavish and Heughan is a driving force behind what makes the series great.

“Their bond of friendship and genuine curiosity about the rich culture of Scotland is going to make for an unforgettable journey for all,” she explains.

A release date for the show has yet to be set.