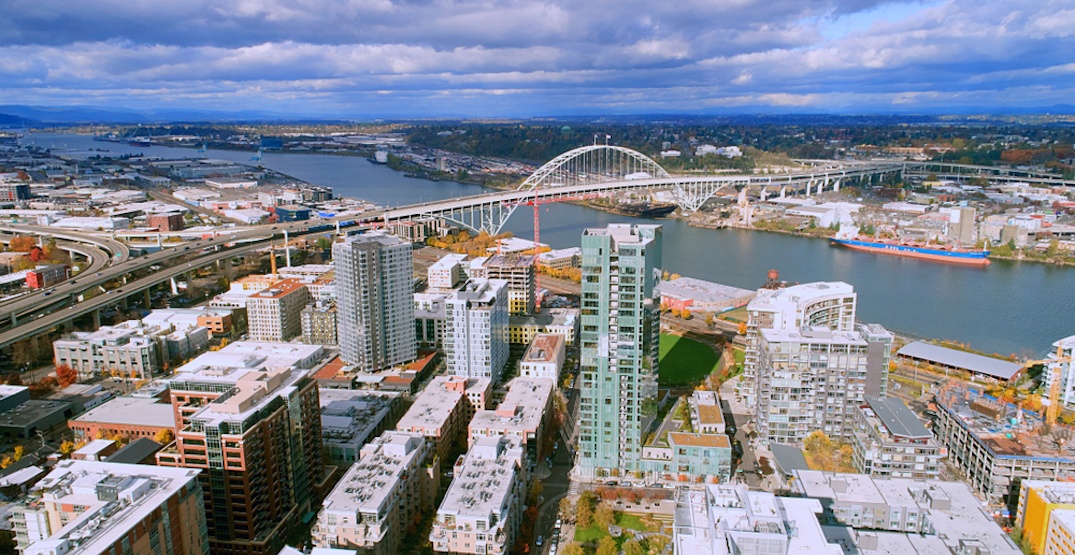 Portland’s been called a lot of things – artsy, hipster, grungy, nostalgic, forward-thinking and just plain weird. And all of those things are true.

You’ve seen what to do, where to eat, and where to drink in Portland. Now it’s time to use our neighbourhood guide to get a feel for this colourful, seemingly simple, though very complex, West-Coast Oregon city.

Start downtown and cross its many bridges to unlock how the city has been shaped by the times. Discover the deep history of multicultural influences (and grievances) that established and evolved the city as you walk or bike its streets. Notice immigrant influences from China and Japan to the west of the Willamette River; take in the city’s rich African-American history in the thriving communities to the north; or imagine the past that once was before gentrification (or total re-development) like around the Coliseum and Rose Quarter to the east.

Wherever you go, nostalgia will follow, and the hippie vibes complemented by conscious-living of its residents will inspire you to look towards growth and positivity ahead. Not to be a total downer, thankfully, Portland also boasts an incredible foodie and indie scene, so there’s plenty of places to celebrate life (or take comfort in emotional eating). 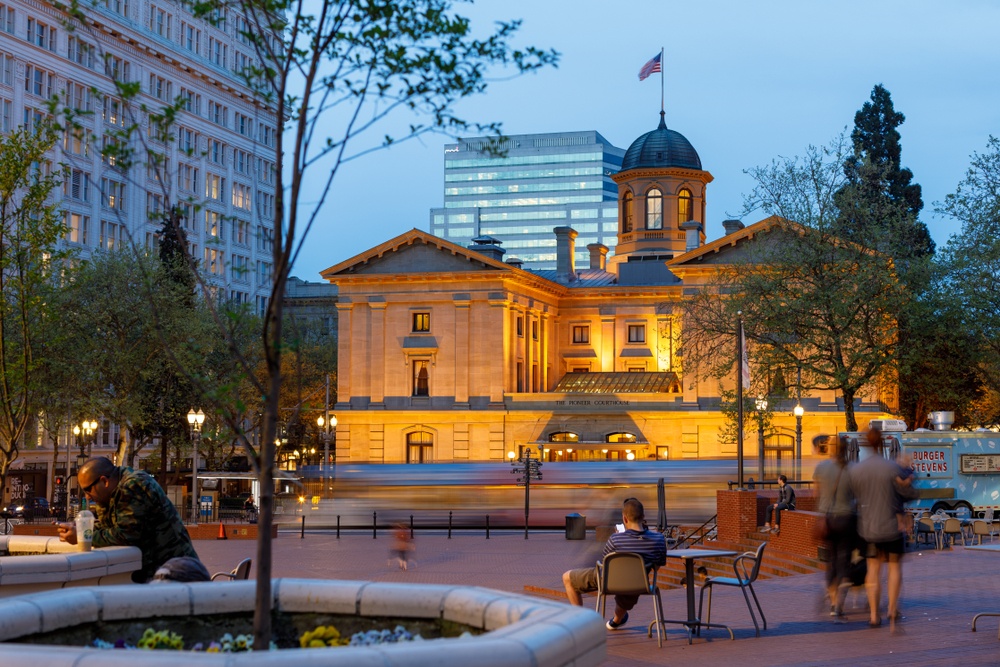 Portland’s epicentre has been changing since the nineties, with older buildings making way for new business, though downtown still has some stunning 19th-century architecture normally found in East Coast American cities (because Portland was a late bloomer).

The Pioneer Square area got an uplift, Pearl District keeps getting shinier, and gentrification is now spreading even into Old Town and Chinatown. While locals may not love this trend of luxury buildings and condos moving in and the resultant increase in homelessness, Portland’s Downtown is a definite must-stop to get a clear lay of the land and the city’s culture. Here is where you’ll find some of the city’s most well-known “landmarks” like Powell’s Books, Voodoo Doughnut, and Deschutes Brewery. 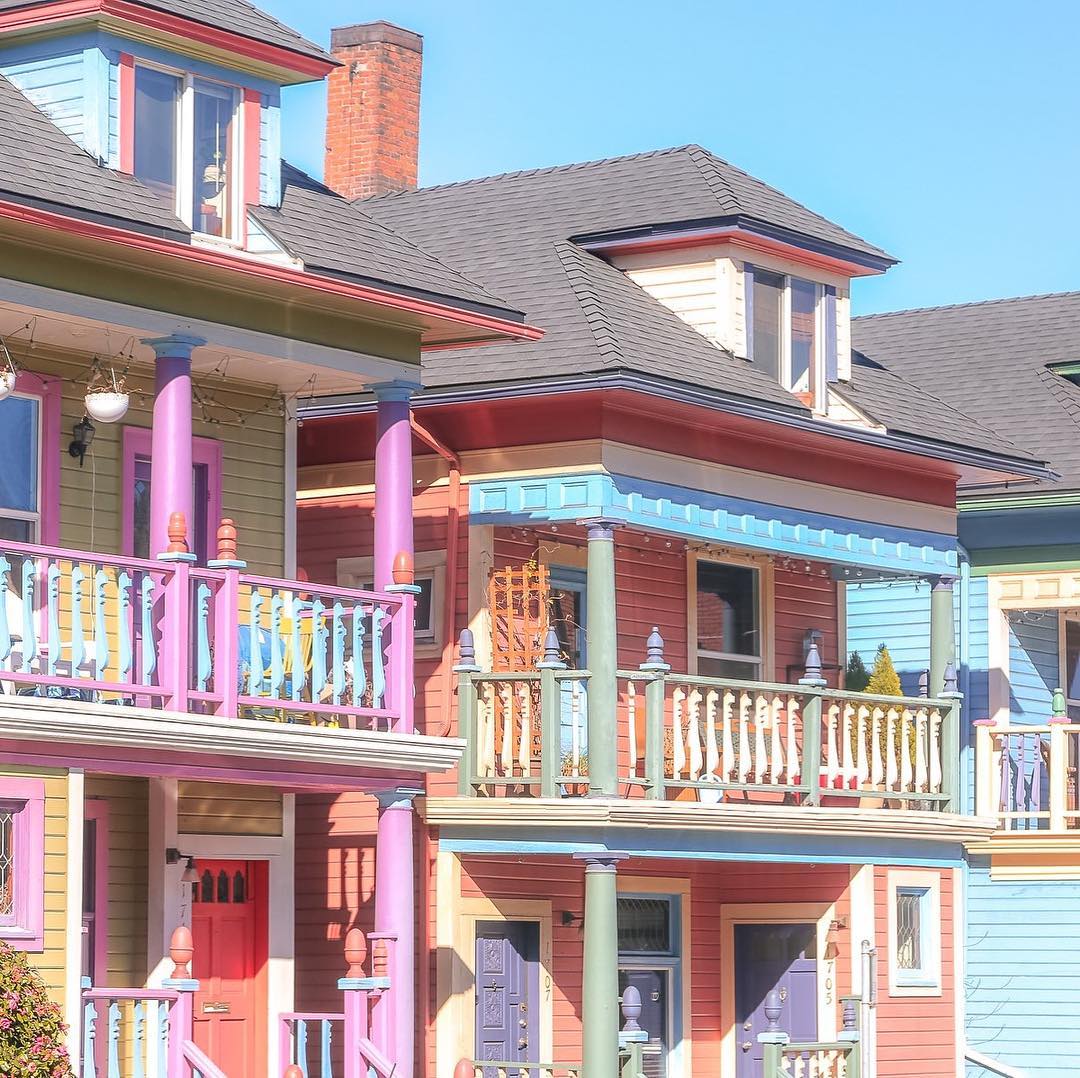 Trendy Nob (“snob”) Hill has some incredible – and colourful – architecture, as it’s the home of Portland’s earliest elite and their stunning Victorian homes. Many colonial-style buildings have been turned into boutiques and bistros and the like, along NW 21st and NW 23rd Avenue in the Alphabet District. This is also where, if you’re a Simpsons fan, you may recognize some familiar names, like Flanders and Lovejoy, until you hit the main drag, West Burnside, (which come to think of it could have been very much the inspiration behind Mr. Burns – Matt Groening is an Oregon native after all).

This area is also close to the Oregon Zoo, the International Rose Test Garden, and the Japanese Garden. Head further north toward the wooded Forest Park, which is a popular destination for hikers and cyclists, on the way to the Pittock Mansion historical museum. You’ll encounter curvy uphill roads, so best to bring a car. 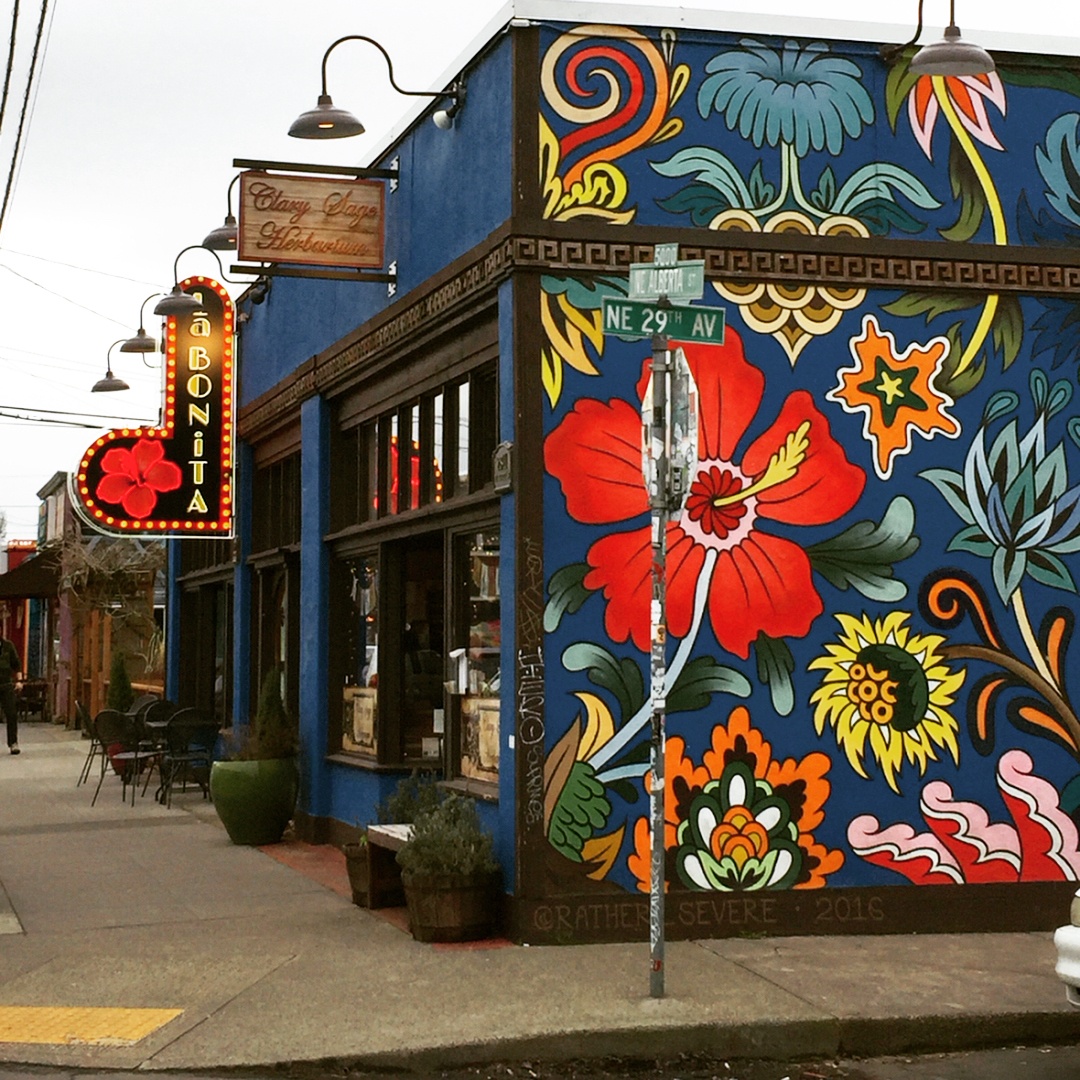 This is a vibrant area of Portland, dense with artists and diverse creators. Along Alberta Street, expect lots of murals, art galleries, laid-back patios, and custom retail shops. It’s still an up-and-rising area for new business, however, they tend to be more respectful to the district’s unique flair and do a good job of blending in smoothly. No gaudy high-rises here, thank you very much.

Nearby, what you will find is Concordia University, a small Lutheran liberal arts college – however, the district is anything but religious and nerdy. In fact, this neighbourhood is super cute and at times even upscale. Find fantastic Italian restos, the huge McMenamins Kennedy School that’s been revamped into a massive hotel and bar complex (you could spend a full afternoon there), and vintage shops along Killingsworth Street. 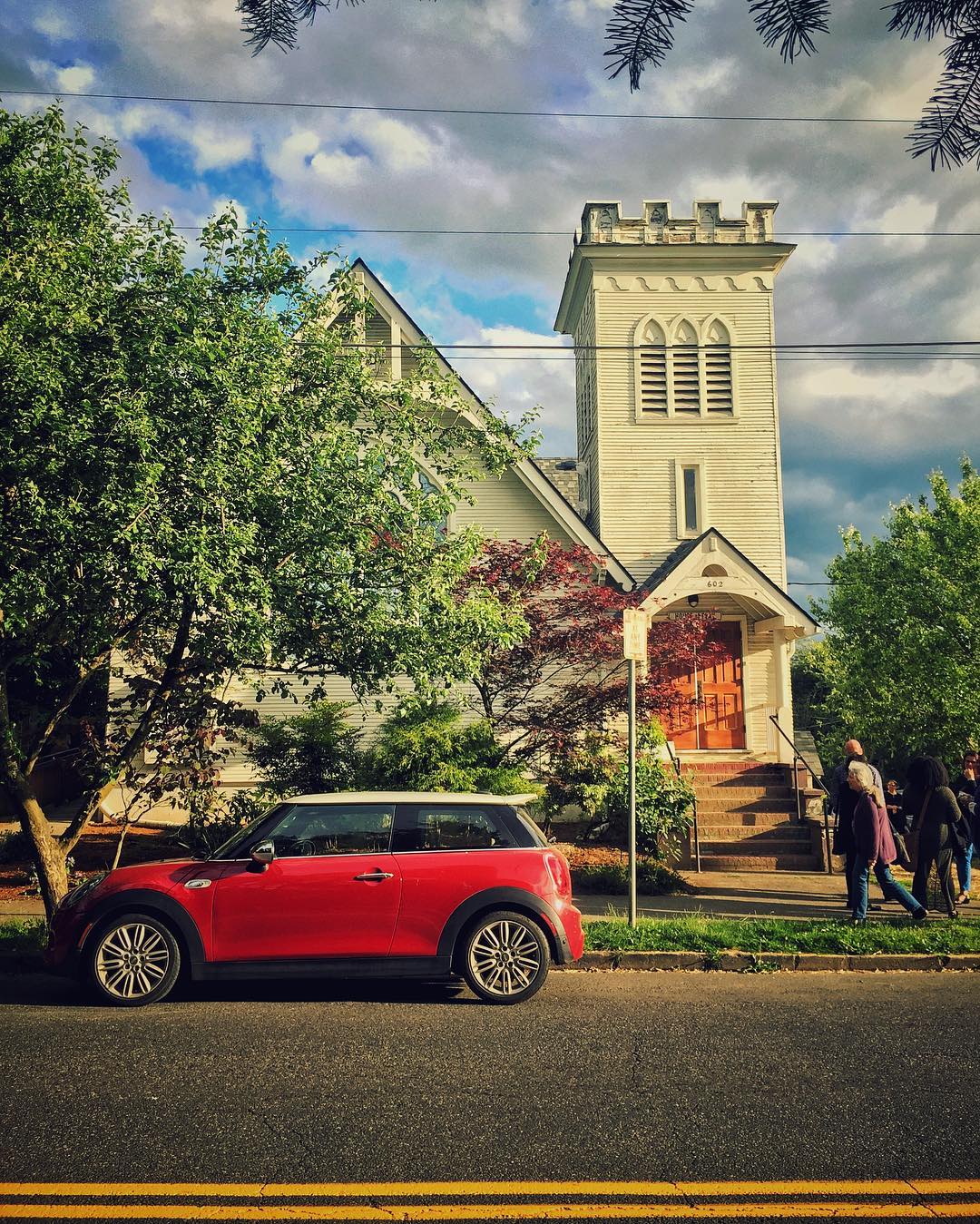 Once a thriving African-American community along Martin Luther King Jr. Boulevard (previously called Union Avenue along which a streetcar used to run), the inner northeast and lower north Portland have a lot of heart and authentic vibes no money can buy.

Small markets, consignment stores and neighbourhood cafes dot the residential areas where residents wear their liberalism on their sleeves – or rather their lawns – with signs like “In Our America, Love Wins.”

The area around Irvington and Sullivan’s Gulch has heart and it’s worth biking around if you have the time, to take it all in. Stop by the Portland Playhouse and you’ll get the picture: Passionate residents and theatre-goers battled the city to take it over and run a theatre out of this old abandoned church, whose original entrance sign “Pray” now reads “House of Play”. 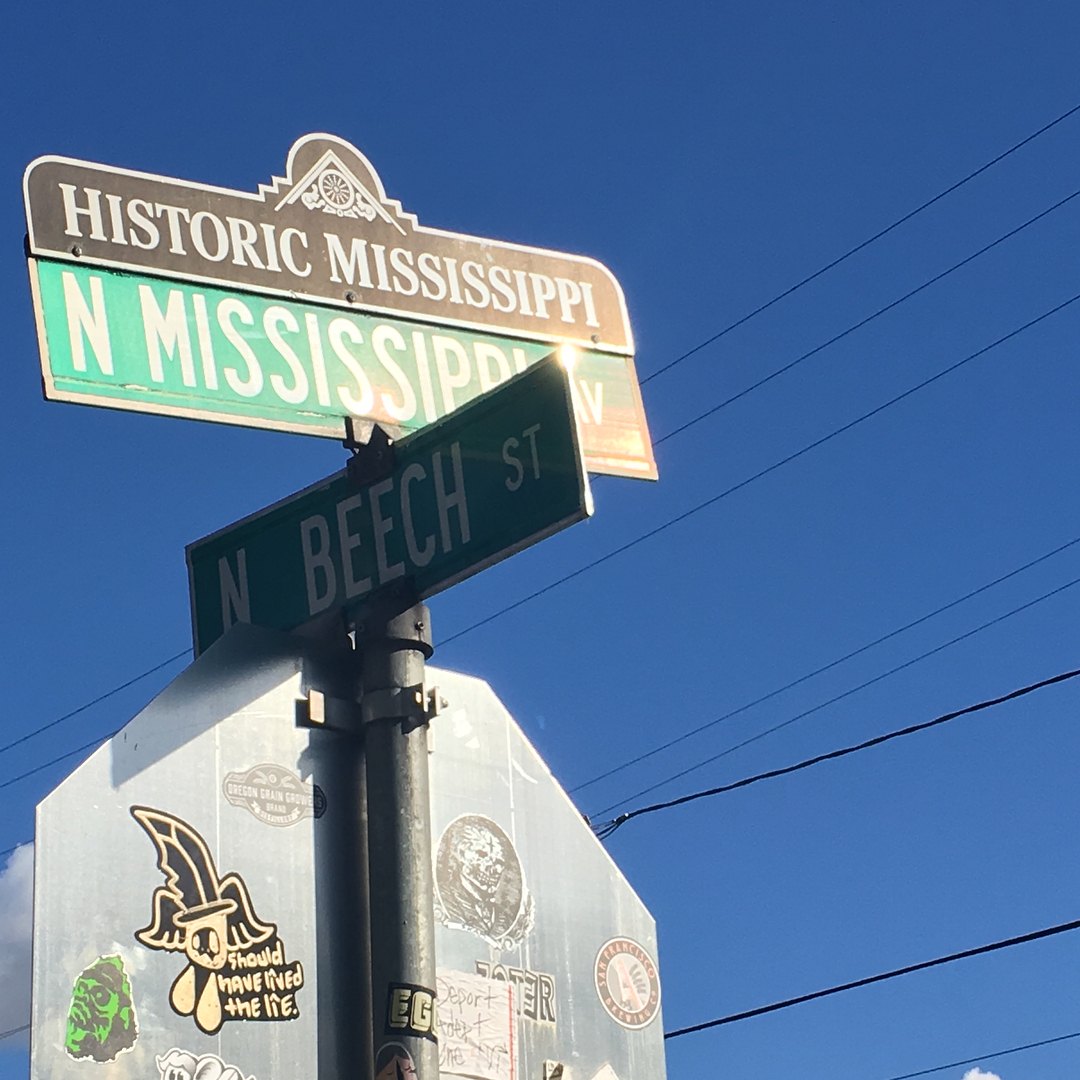 Head further north to hipster central on North Mississippi Avenue or Albina Street, once dubbed “Jumptown” as it was home to dance halls and nightclubs — and where bands and DJs now tend to play out of cool retail outlets instead, or revamped Baptist churches like the Mississippi Studios and Bar Bar. 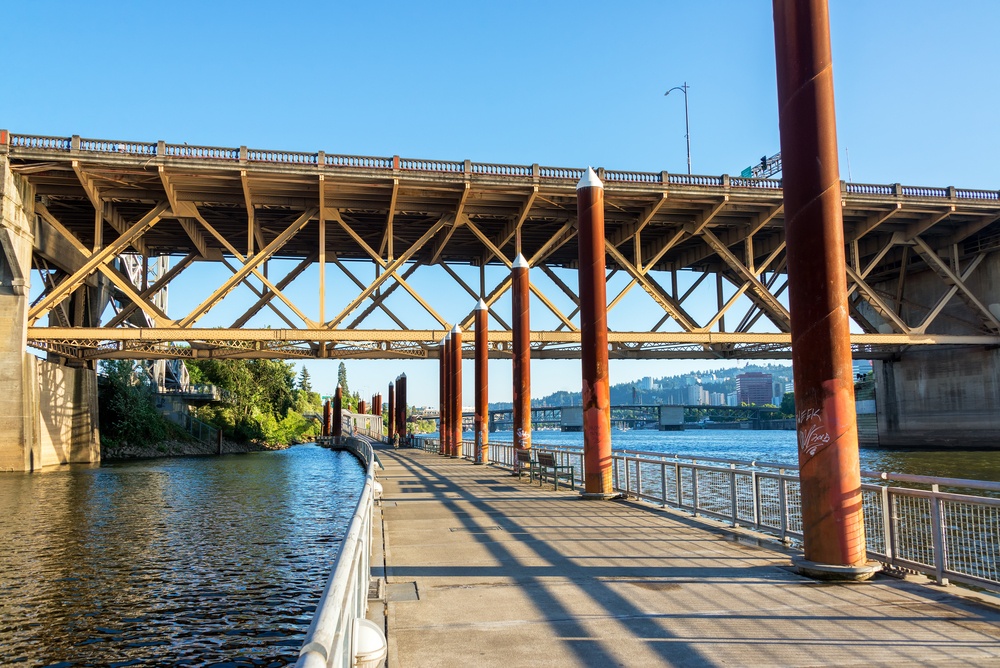 Head down past the Oregon Convention Center, Veterans Memorial Coliseum, and the Moda Center and towards the more interesting stretch of SE Grand Avenue (below Burnside), home to some great bars and lounges.

Head further south, past Morrison Bridge, into the Industrial Eastside and you’ll find Produce Row, made famous by Italian settlers who sold their garden yields along what once was the streetcar route there. Today, you’re more likely to find creative spaces and delicious restaurants in this area, along with access to the waterfront on the Eastbank Esplanade. 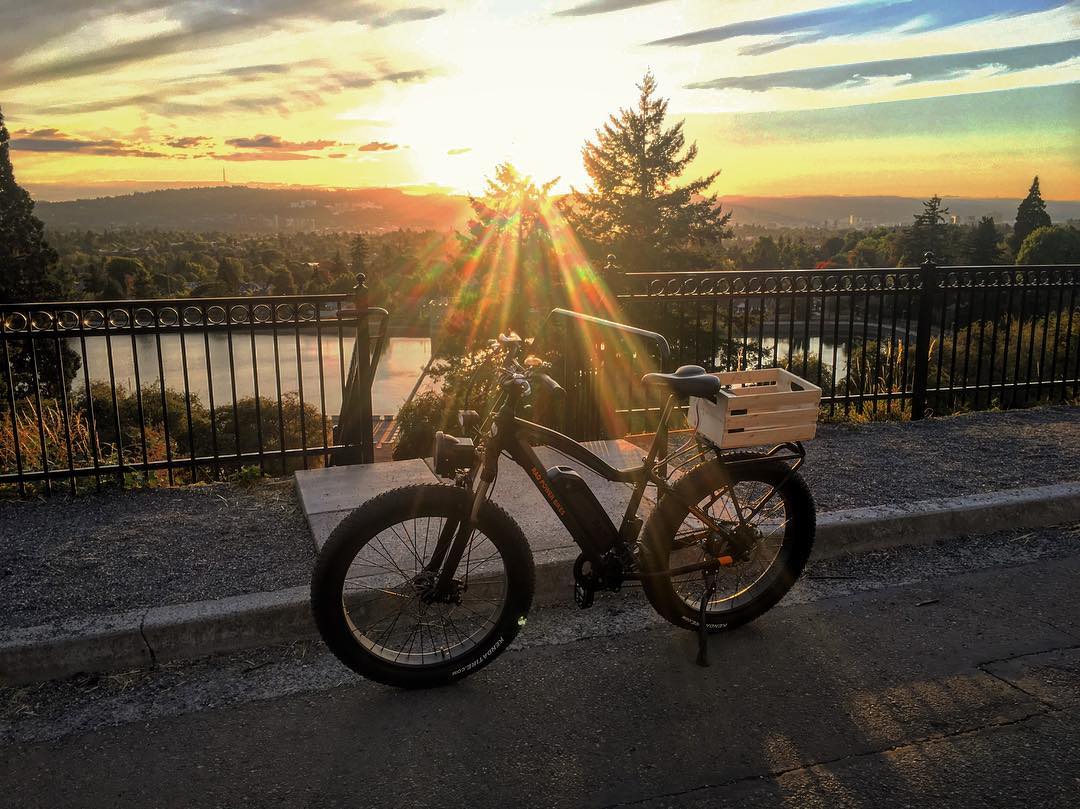 Central Eastside is comfortable and colourful and has the perfect dose of neighbourhood charm mixed with just enough bohemian culture spots to make you want to head out there as a visitor.

Mount Tabor to the east offers incredible sunset views, the reward from walking up the endless spiral of streets to its peak, and the neighbouring Sunnyside offers some hot hipster night and day spots, from clubs and bars to vintage shops, cafes and even a kombucha tap house, all along Belmont Street (between 32nd and 35th Avenues). Laurelhurst on the north side of Burnside is a local fave, with a stunning city park and the almost century-old Laurelhurst Theatre, which unlike some Portland theatres, isn’t a pub. 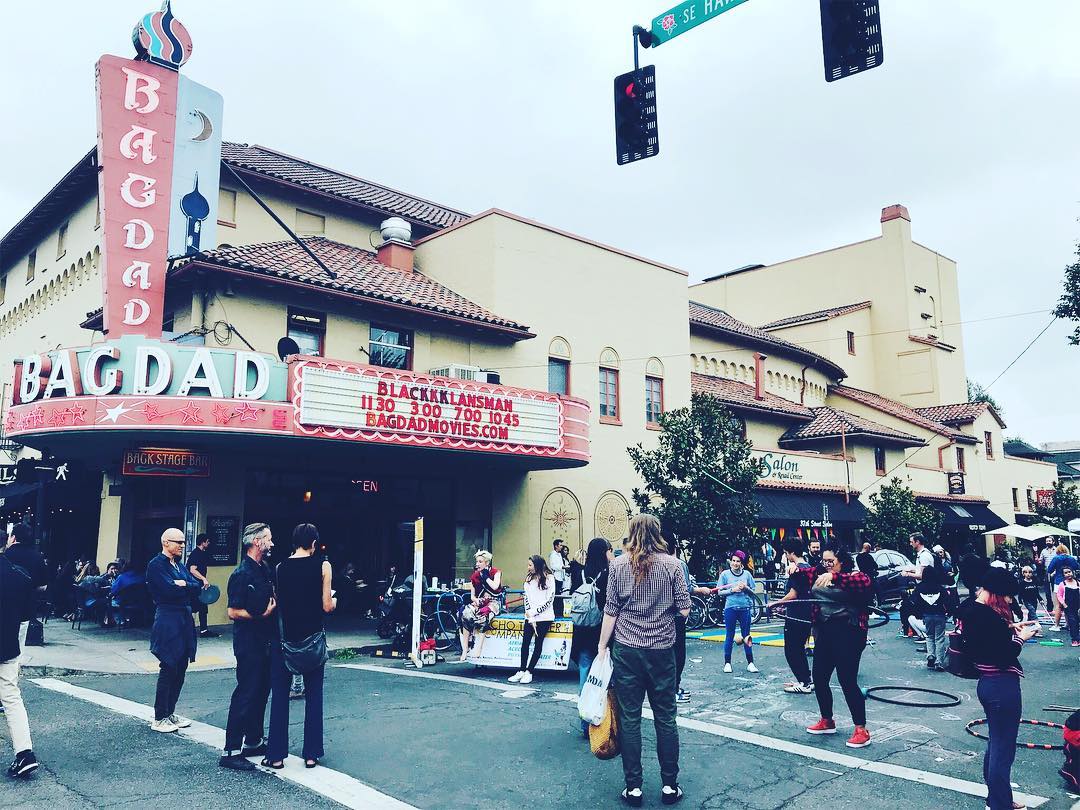 When you walk along Hawthorne Boulevard, you feel like you’re in the old heart of Portland. It’s a centre of sorts, that’s not Downtown, that’s not some new hip neighbourhood where every hipster is flocking, but the Portland that was cool way back when. Hawthorne looks a bit worn out, but it has its landmark vintage shops, the eye-catching Baghdad Theatre and plenty of hip spots to grab a coffee, lunch, or dinner, to make up for it. You just have to look past a bit of the grime.