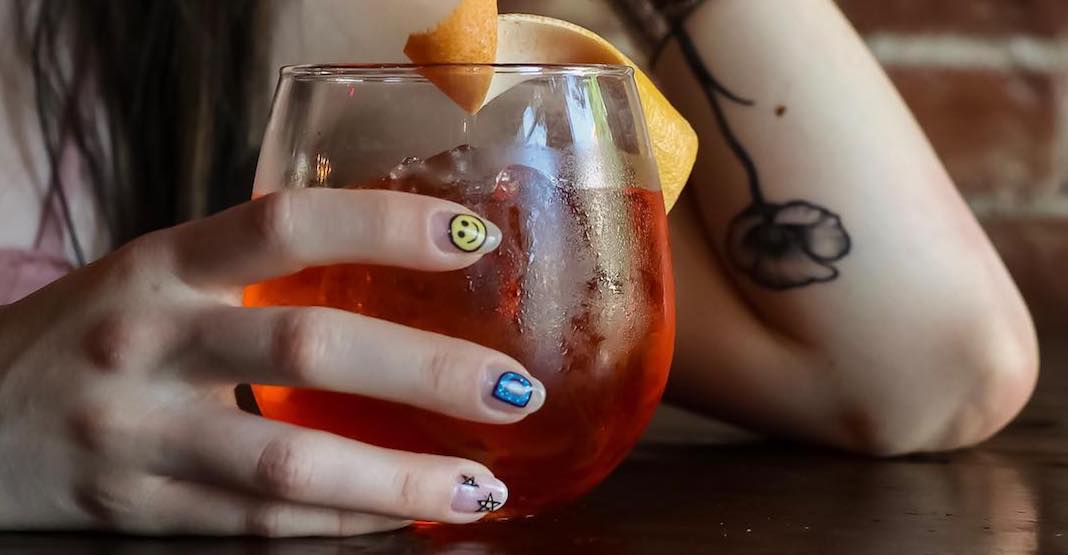 Portland is a city that spans the cultural spectrum, and its bars and drinking establishments are a prime expression of that diversity. Complete with a healthy dose of 90s nostalgia, of course. Whether you’re after a vintage cocktail or a local ale to cozy up with, PDX is packed with options for great drinks, no matter the season.

With over 75 breweries and counting, Portland has even earned the nickname “Beervana.” So expect this list will dabble in a brew or two.

From hipster to yuppy chic, our guide to the best places to drink in Portland, Oregon has you covered. Plus, no sales tax? Let’s get another round!

Psst — don’t forget to check out our Travel Guides for where to eat, neighbourhoods to explore, and things to do in Portland while you’re at it.

Sit back in this chic Tiki-styled lounge with a mint julep and let the vintage pastel green hues relax you into oblivion. Plus, word on the street is if you lick the Himalayan salt wall, they’ll comp you the tequila shot that goes with it! But you’ll have to go to find out.

So laid-back they’ll let you bring in food from outside, this well-lit bar features rotating taps and tons of board games. Great option if you’re downtown with a big group of friends.

Sit back in this large vintage-styled gastropub decked out with round wooden tables and big cozy leather chairs. Big House Saloon offers a cutting-edge cocktail menu as well as a generous helping of beers on tap. We recommend you get the dirty fries after some back-to-back Buffalo Sours, topped with their delish house-made vanilla foam. The patio out back also has a fire pit, which is great for those long summer nights.

From day to night: Dig A Pony

Right across the street from Bit House is Dig A Pony, a definite PDX favourite. Warm and welcoming right off the bat, with big windows and plenty of picnic tables outside, DJs spin records nightly so you can close the evening out here. Check their website to see who’s playing.

Cultural yet cheap: The Roof Deck at Revolution Hall

Hang out atop one of Portland’s iconic venues, an old high school which now houses some fantastic acts and festivals. Beers start at $3 a can, and cocktails are $9. And remember, no tax! Open April to October.

No Portland list would be complete without a nod to one of the city’s most well-known breweries, Deschutes. At the heart of the Pearl District near Burnside, this large brew hall (a converted auto shop) offers fine ol’ greasy but sophisticated American fare to pair with your pint or tasting flight. Bison burgers, garlic fries, gourmet sausages, the famous IPA Pretzel… drooling yet? The place is popular so there may be a wait, but their beer selection is definitely worth the patience (pro tip: try the popular Mirror Pond Pale Ale).

This elevated cocktail bar from the Lightning Bar Collective offers karaoke and colourful surroundings, plus a vegetarian menu. Order some liquid courage and warm up those pipes!

Maybe you’re not into drinking and would rather cheer your mates over a chill seasonal kombucha? Drink up some fresh fizzy ‘booch on tap, like lavender-blueberry or lemon-ginger, as well as seasonal flavours like old-growth Cedar or Oregon hemp CBD to add to your chill. Plus, it’s totally self-serve, if you can believe it. Just tap your card and then tap that tap!

The Doug Fir Lounge is a world-renowned music venue, next door to the Jupiter Hotel, with a very David Lynch-y kind of vibe (in a good way). Known as one of Portland’s key cultivators of indie music, expect to get your socks rocked off with nightly shows in an atmosphere of urban luxury and drinks to suit any metropolitan tastes.

Nestled in the Pearl District within a block’s radius of some other neighbourhood faves like Rogue and Back Pedal Brewing, this one takes the cake because of its killer patio. Take in the sunshine on the rooftop. This is a must if you’re visiting Portland in the summer.

Vino with a view: Noble Rot

This rooftop bar serves delectable wines with an impeccable view of the city. If you’re into wine, it won’t disappoint.

This fun neighbourhood tavern features creative cocktails, pub eats, and yes, pinball machines. Expect PBR, Rainier tallboys, and cheap domestic beers, as well as a full bar featuring some house specialties. Great place to watch the game with the gang when you don’t want them over leaving crumbs in your couch.

If you’re going to frequent a chain, this one tops them all. Catch a new release and stay for a local Portland beer. Then wax poetic about why the last Star Wars movie broke you.

Headed by Naomi Pomeroy, (the head chef at the popular Beast across the street), this sultry cocktail lounge is bound to leave you with your mouth agape. Decked out with a black walnut bar with Asian touches, you’ll feel utterly sublime as you sip and munch on the delish bar snacks. It’s also great for brunch.

This hip vegan bar serves up colourful cocktails in mason jars that you can enjoy in its easygoing patio amidst bamboo trees and your favourite friends.

Liquor infusions come served like a Happy Meal (with a plastic dinosaur at the bottom of each glass) at this artsy and fun bar in the Alberta Arts District. If that’s not enough to make you feel like a total adult-kid, grab a board game or tell some scary stories over the fire pit outside.

This establishment is almost 90 years old, and its perfected menu proves it. Have what is likely Portland’s most delicious (and oldest) Bloody Mary here for a mere $7 or choose a solid whiskey from its extensive collection. A cozy haunt for some billiards for those who know their booze.

While McMenamins Kennedy School is technically a hotel, the complex features not only a pool and a movie theatre, but also multiple little bars and a brewery – perfect for a pub crawl, amiright? The building is actually a renovated elementary school, which means you’ll be teetering from one bar to the other through a school hallway filled with lockers, old graduating class photos, and the odd water fountain. Don’t worry though, there aren’t any hall monitors here.

Want to share your favourite places to say ‘cheers’ in your own city? Email us at [email protected] or post using the hashtag #dailyhivemapped!