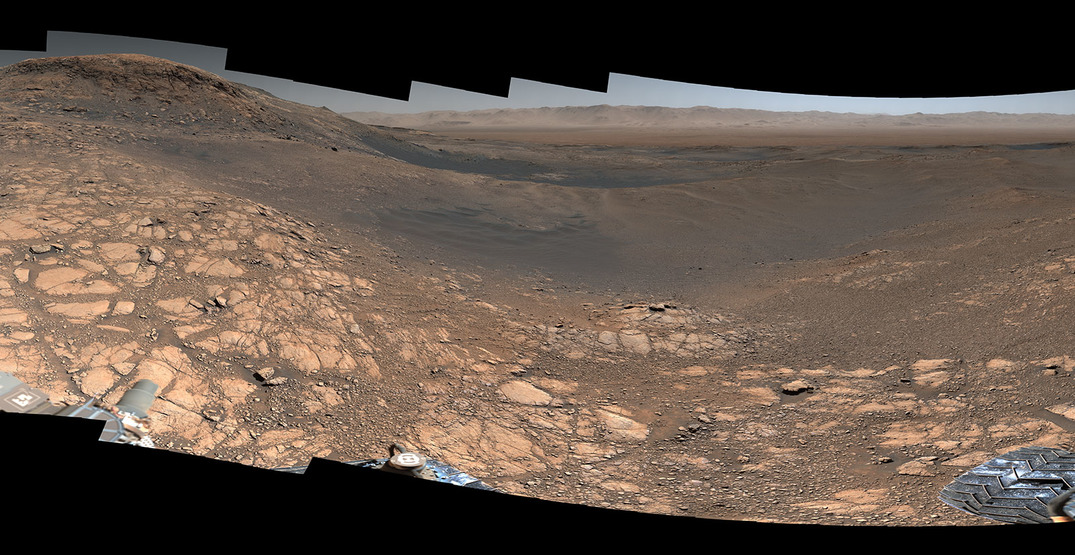 NASA’s Curiosity rover has taken its highest-resolution panorama image of the surface of Mars to date.

Made up of over 1,000 images captured over the Thanksgiving holiday back in 2019, later assembled over the following months, the photo includes 1.8 billion pixels of the landscape of the Red Planet, according to a post published on NASA’s website.

The image was taken by the rover’s Mast Camera, or Mastcam, with its telephoto lens while its medium-angle lens also captured a lower-resolution, almost 650-million-pixel panorama shot, which includes the deck and ‘arm’ of the rover.

The images, taken between November 24 and December 1, 2019, display an area on the side of the planet’s Mount Sharp called “Glen Torridon,” where the Curiosity rover has been exploring.

“Sitting still with few tasks to do while awaiting the team to return and provide its next commands, the rover had a rare chance to image its surroundings from the same vantage point several days in a row.” the post explains.

Viewers can even zoom in to inspect the panorama further through a unique tool offered on NASA’s website.

According to the post, it took Curiosity six and a half hours over four days to capture all of the comprising shots to build the entire image.

Operators of the Mastcam programmed a specific task list, including maneuvering the mast of the rover to ensure that the images were in focus.

To make sure that the lighting was consistent, operators limited the time that the rover captured images to be between noon and 2 pm “local Mars time” every day.

“While many on our team were at home enjoying turkey, Curiosity produced this feast for the eyes,” Ashwin Vasavada, Curiosity’s project scientist at NASA’s Jet Propulsion Laboratory, which leads the rover’s mission, stated in the post.

“This is the first time during the mission we’ve dedicated our operations to a stereo 360-degree panorama.”