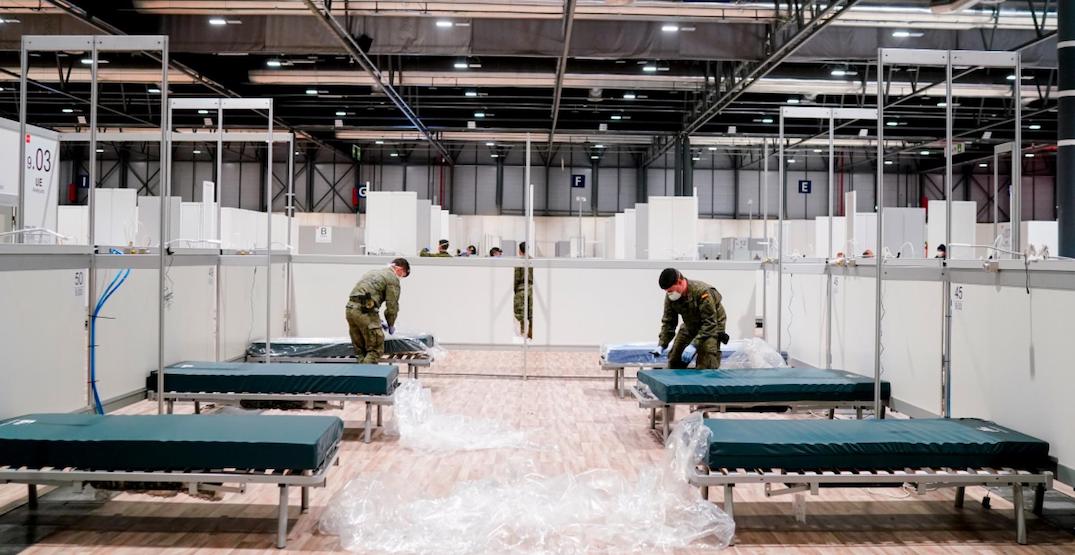 Inside the IFEMA Convention Centre hospital in Madrid (Community of Madrid)

However, over the coming weeks, likely months, a number of facilities in these metropolitan areas will serve as makeshift hospitals to provided much-needed immediate additional hospital capacity, with COVID-19 hospitalization cases expected to dramatically escalate in each of these cities.

ExCeL in East London is in the process of being transformed into a vast coronavirus hospital, spread across two exhibition halls with a combined total floor area of 940,000 sq. ft.

NHS Nightingale London, the name of the hospital, will initially operate with 500 beds, each complete with ventilators and oxygen supplies. If required, the capacity can be incrementally increased to up to 4,000 beds.

The hospital is being set up with the assistance of the British military and will be operated by the National Health Service (NHS).

🇬🇧 This is GREAT Britain 👌

Thank you to our impressive British Army planners and engineers for working hand in hand with our NHS – transforming the London ExCel centre into the NHS Nightingale Hospital with capacity for up to 4,000 people.

We All Stand Together. pic.twitter.com/Vxi0Eug0Q8

During the 2012 Summer Olympics, the same exhibition halls in ExCeL were divided into five sport halls, with capacities for between 4,000 and 6,000 spectators — the competition venues for boxing, fencing, judo, taekwondo, table tennis, weightlifting, and wrestling. This July, the halls are scheduled to be used as a unique indoor segment of the FIA Formula E London racecourse, but it is unclear if this event is still set to proceed.

NHS Nightingale is slated to open on Monday, March 30, less than two weeks after construction began.

NHS Nightingale at the Excel pic.twitter.com/HyWEKBsIYo

“Under these exceptionally challenging circumstances, the NHS is taking extraordinary steps to fight coronavirus. That’s why NHS clinicians and managers are working with military planners and engineers to create, equip, staff and open the NHS Nightingale London, and we’re very grateful for their support,” said NHS chief executive Sir Simon Stevens in a statement.

“This will be a model of care never needed or seen before in this country, but our specialist doctors are in touch with their counterparts internationally who are also opening facilities like this, in response to the shared global pandemic.”

An even larger field hospital has been temporarily set up by Spain’s military inside the exhibition halls of the IFEMA Convention Centre in Madrid.

The hospital opened less than a week ago amidst the soaring number of coronavirus cases requiring hospital care, with hospitals in Spain’s capital now well beyond overstrained by the sudden influx in ill patients. 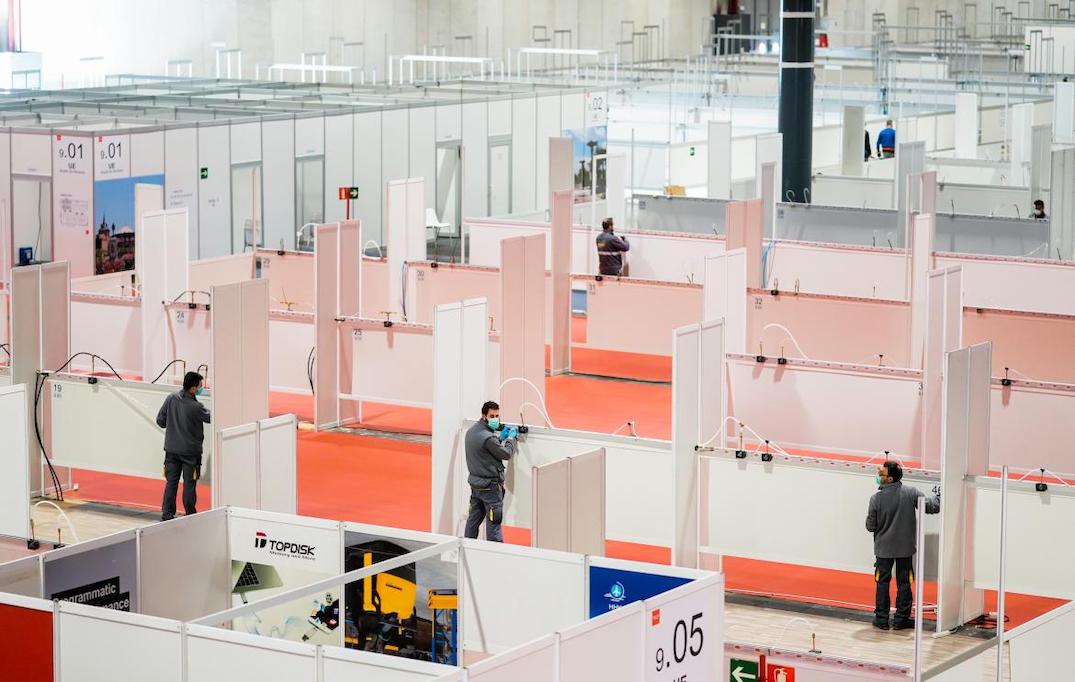 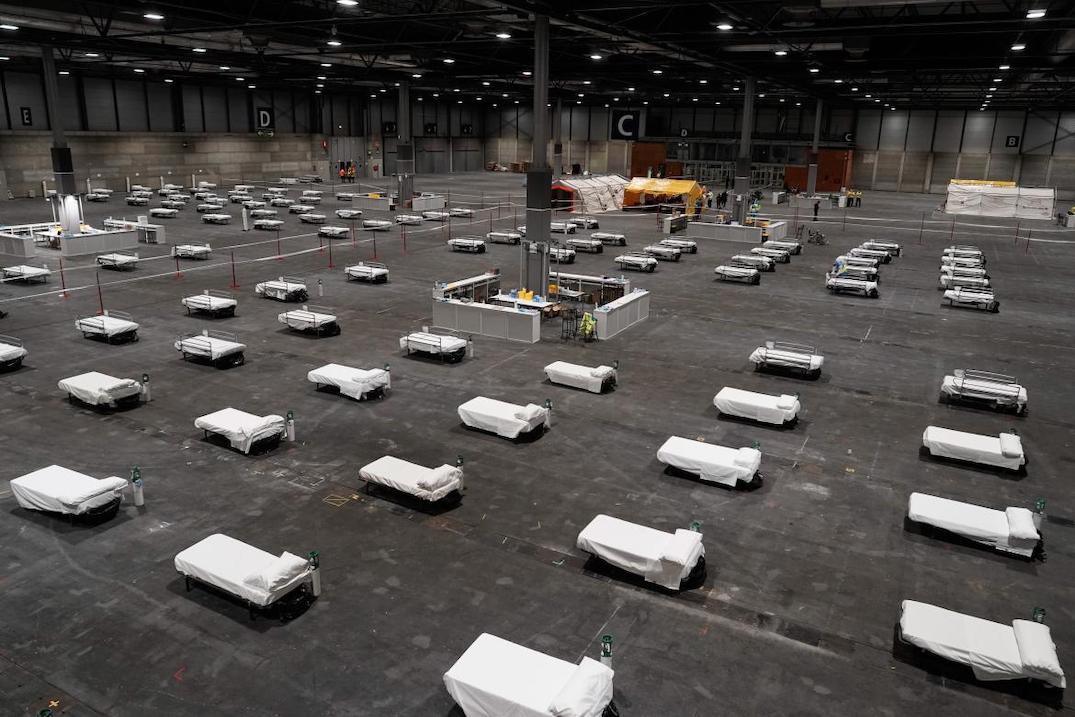 The IFEMA field hospital currently has a capacity of about 1,300 beds, but it can be increased to 5,500 beds if necessary. This includes wards for both conventional beds and intensive care units — outfitted with ventilators, oxygen circuits, pharmacies, a radiology department, and a laboratory.

In a release, Madrid healthcare officials plan on sending 250 patients to IFEMA per day over the next three days, increasing the hospital’s total number of patients to approximately 1,000 by the end of the weekend. This number is expected to further increase to 1,300 patients by Wednesday. 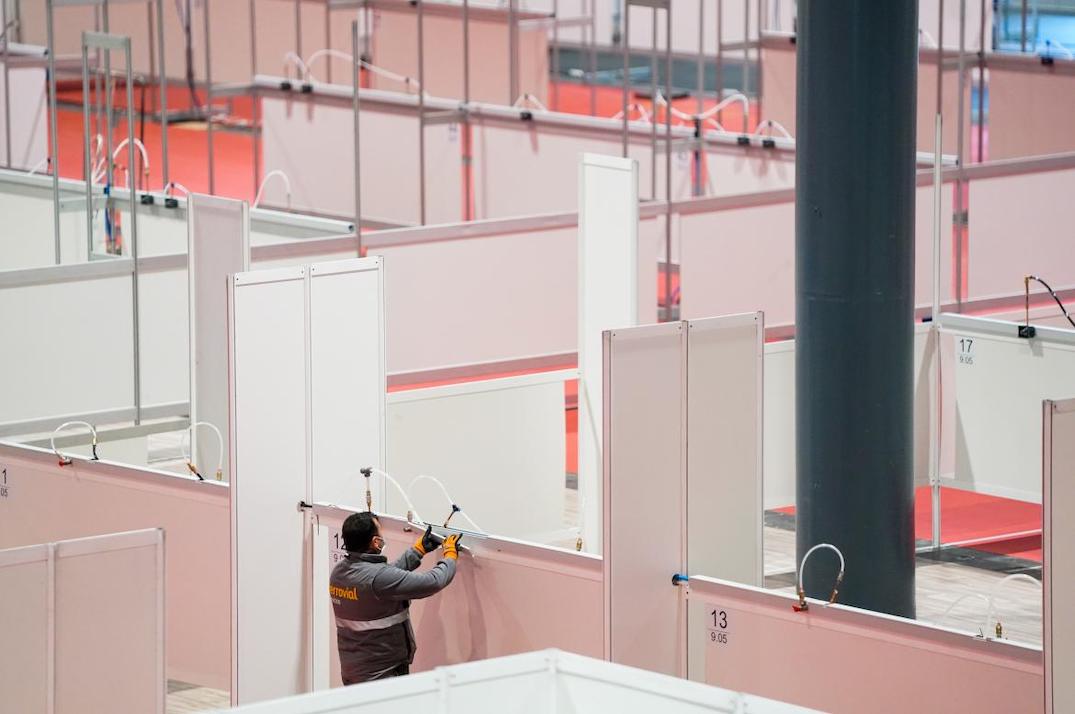 “This IFEMA hospital receives patients derived from the different hospitals in the Community of Madrid, who, after triage, go to a nursing control depending on their clinical situation,” reads a release.

“Institutions such as the Spanish Army and private companies collaborate with the Community of Madrid and IFEMA on issues such as the installation of oxygen tanks or donating bedding.”

Over in New York City, the state government is planning for the worst case scenario, given the accelerating trajectory of known coronavirus cases.

In a bid to prevent a catastrophic collapse of the state’s healthcare system, New York Governor Andrew Cuomo announced on Thursday the state government is aiming to create a 1,000-plus bed field hospital in each of New York City’s boroughs, as well as in the downstate counties. 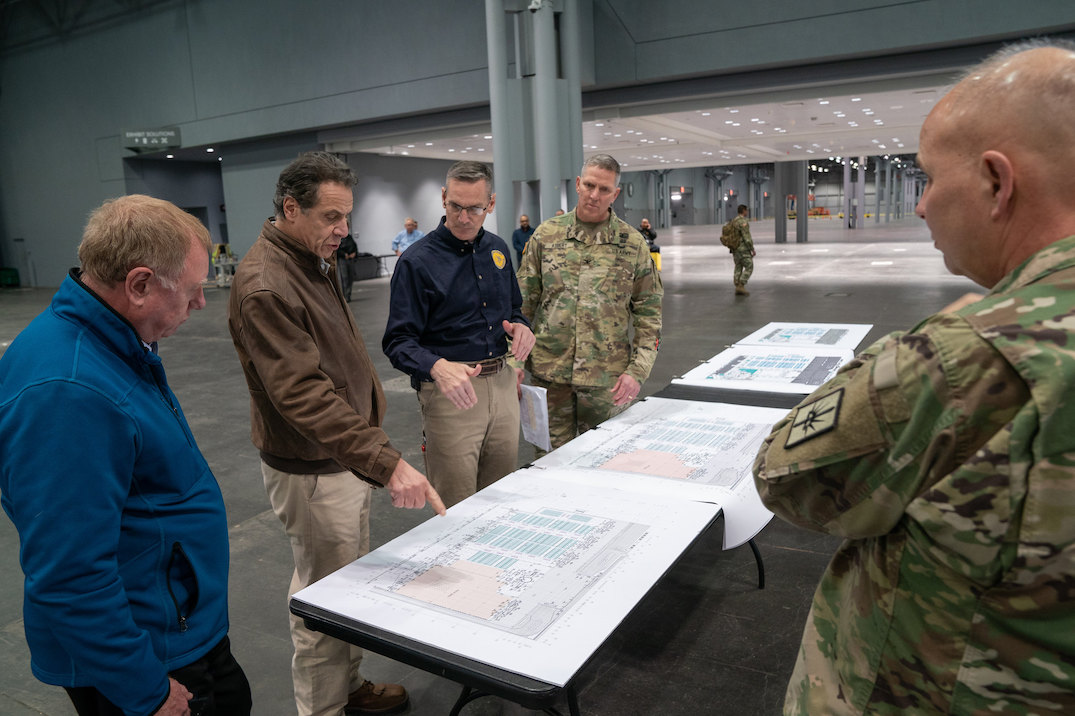 This is in addition to the temporary hospitals confirmed for construction at the Jacob K. Javits Convention Center in Manhattan, Westchester Convention Center, and two State University of New York College campuses.

FEMA and the US military are currently in the process of setting up the first field hospital at the Javits Center, where four wards — each with a capacity for 250 beds — will be able to care for 1,000 non-coronavirus patients, so that other healthcare facilities can focus on caring for COVID-19 patients.

If needed, at least an additional 1,000 beds can be added to the Javits Center, increasing its capacity to 2,000 beds. This was the venue where Hillary Clinton held her 2016 election night party. 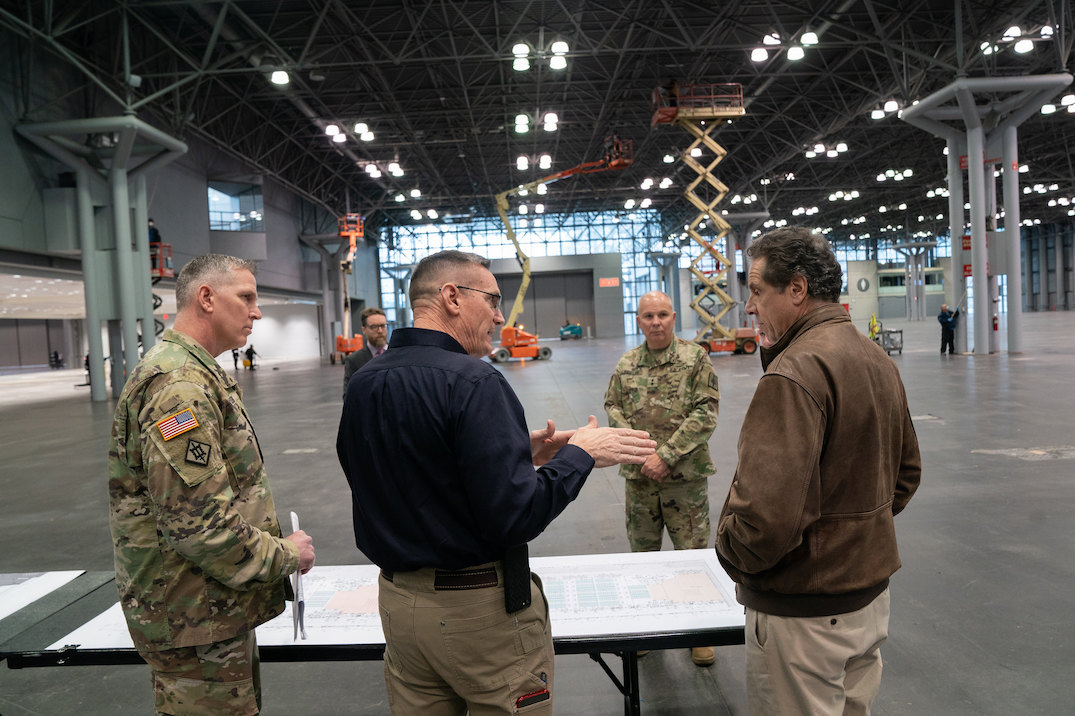 As of Thursday, there are 11,658 known cases in the United Kingdom, mostly in London where 184 people have died.

Spain has recorded 57,786 known cases, including 4,365 deaths, with cases rapidly rising daily. In Madrid alone, the number of deaths is approaching 2,000.