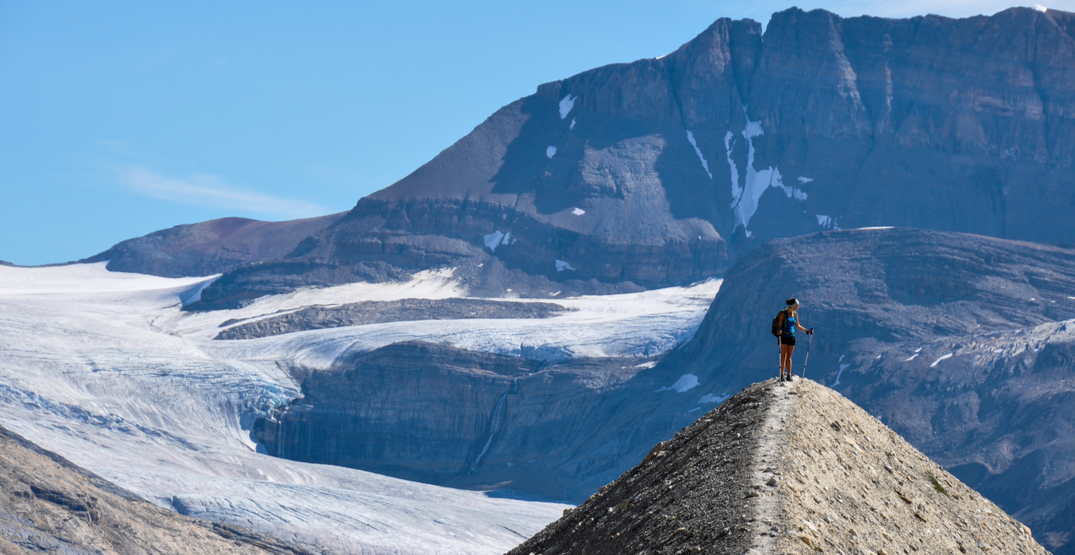 British Columbia is home to some of the most breathtaking natural beauty in the world, and there is no better way to appreciate its splendour than venturing into it firsthand.

To witness some of its most stunning viewpoints, you may need to work for it, but we can guarantee that the payoff is well worth the extra effort.

So load up your pack and lace up your boots, because here is our list of 10 must-try western Canada treks to cross off your hiking bucket list.

Embarking on the Black Tusk trek is not for the faint of heart. While many trekkers complete the trail in a day, the elevation gain and distance make for a strenuous hike. Because of its difficulty, many opt to hike to Garibaldi Lake or Taylor Meadows and camp overnight before continuing to Black Tusk the next day. The jagged edges of the trail make it one of the most unique and scenic hikes in the province.

Hiking the Chief is a popular weekend activity for locals and visitors alike, particularly in the spring and summer months. It is a straightforward trek of moderate difficulty, perfectly suited to the occasional hiker. Once you make your way to the top, you will be astonished by awe-inspiring panoramic views of Howe Sound, the Squamish Valley, and surrounding mountain peaks.

This delightful day hike is the full package, from lovely expansive meadows blanketed with wildflowers to the stark opposite ridges and summits. Trekkers can admire astonishing views of the Cascade Range as they journey to the 2,272-metre summit of First Brother Mountain, the nearest of the Three Brothers. All in all, the roundtrip trek takes roughly six hours.

For a longer-duration hike that presents outstanding views of extensive wilderness and calming lakes, look no further than the Sunshine Coast Trail. 180 km from start to finish, the trail increases in difficulty the further you trek. There are several rest stops along the way to stop and take a breather, including cabins, B&Bs, and campsites to set up for the night before hitting the trail again in the morning. All in all, completing the entire trail takes about 10 days, but you can break it into sections based on your skill level.

One of the most world-renowned trails in Banff National Park, the rugged winding trails that lead to the Plain of Six Glaciers delight trekkers of all skill levels. This trek provides spectacular views of the surrounding Rocky Mountains, towering glaciers, and seemingly never-ending wilderness. The best time of year to embark on this astoundingly scenic hike is from June to August.

Located in the Cariboo Regional District in the central interior of British Columbia, the Rainbow Range Trail spouts beautiful rural landscapes along with its well-known red, yellow, orange, and lavender-coloured mountains. The entire roundtrip is 16 km, and while it can be completed in a day, camping is another option in the summer months.

A post shared by TheBackpackersCult (@thebackpackerscult) on Feb 19, 2020 at 8:58am PST

Located along 75 km of Vancouver Island’s southwest coast, the West Coast Trail takes hikers across various diverse terrains, including waterfalls, rainforests, and seaside. Arguably one of the most famous western Canada treks, this route allows hikers to follow in the footsteps of Canada’s First Nation ancestors, who once used it as a paddling route as well as for trade and travel. Most hikers take about six or seven days to complete the entire trail.

If you are searching for pristine views of the Canadian Rockies and want to push yourself with a more difficult trek, the Iceline Trail is where it’s at. While the various switchbacks at the beginning of the trail present a gruelling challenge, this 21 km hike will enchant hikers with its various splendours, including views of the Yoho Valley, the Daly Glacier, as well as Takakkaw Falls and its reservoir.

While it is a highly frequented hiking destination in the summertime, Joffre Lakes is also a popular in the winter months. Either way, trekkers are in for a treat with the gorgeous views of three glacier-fed lakes fittingly named Lower, Middle, and Upper Joffre Lakes. At the trail’s summit, hikers can admire in amazement at the astounding Matier Glacier. The trek is 10 km long, with a difficulty level of moderate due to its steady incline gain and various technical sections. If you take your time, you shouldn’t have much difficulty.

The trek to the summit of Allouette Mountain is a difficult one, but a majority of hikers will agree that the stunning panoramic views are worth the challenge. At 20 km, the duration of the journey roundtrip is nine or 10 hours, so be sure to bring lots of water. For many, the highlight of the trail is the gorgeous stands of mountain hemlock and yellow cedar.