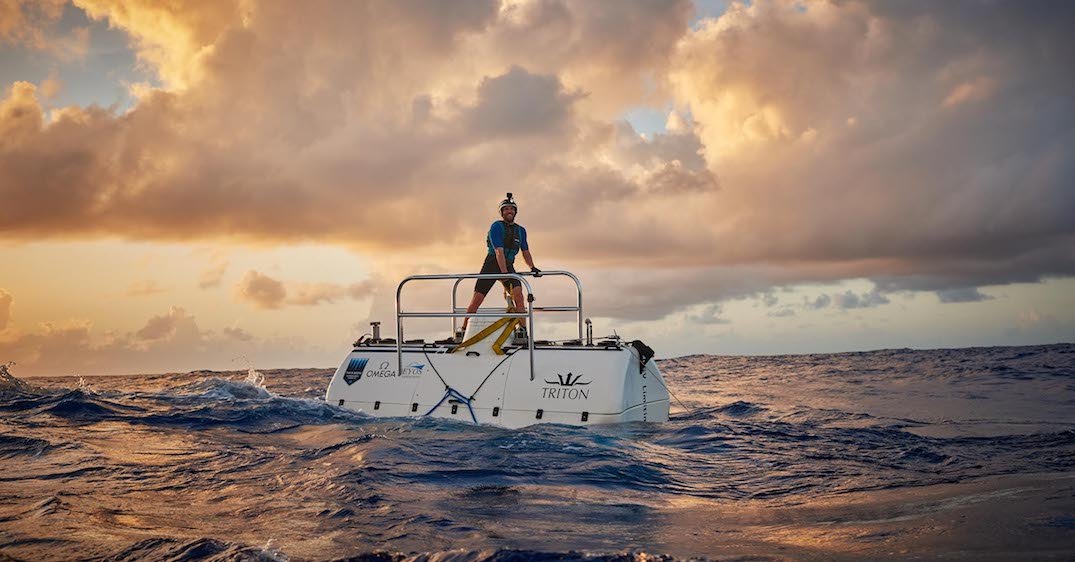 The Limiting Factor at the surface of the Pacific (Five Deeps).

While Everest has been dubbed the world’s highest garbage dump, we now know where the world’s deepest trash lies.

Deep sea diver Victor Vescovo plunged nearly eleven kilometers to the bottom of the Marianas Trench in a submersible craft, setting a record for the world’s deepest dive.

Vescovo is the third diver to ever reach the bottom of the trench. He is now in the company of US Navy lieutenant Don Walsh and Swiss engineer Jacques Piccard, who dove in 1960 inside a vessel dubbed the bathyscaphe Trieste. Director James Cameron also completed a solo dive in 2012 but was never a record-holder.

Vescovo managed to go approximately 11 meters deeper than his predecessors. He safely descended to a point in the Marianas Trench that is widely recognized as the deepest place on Earth, reaching a record depth of 10,927m (35,849ft), the expedition released in a statement yesterday. 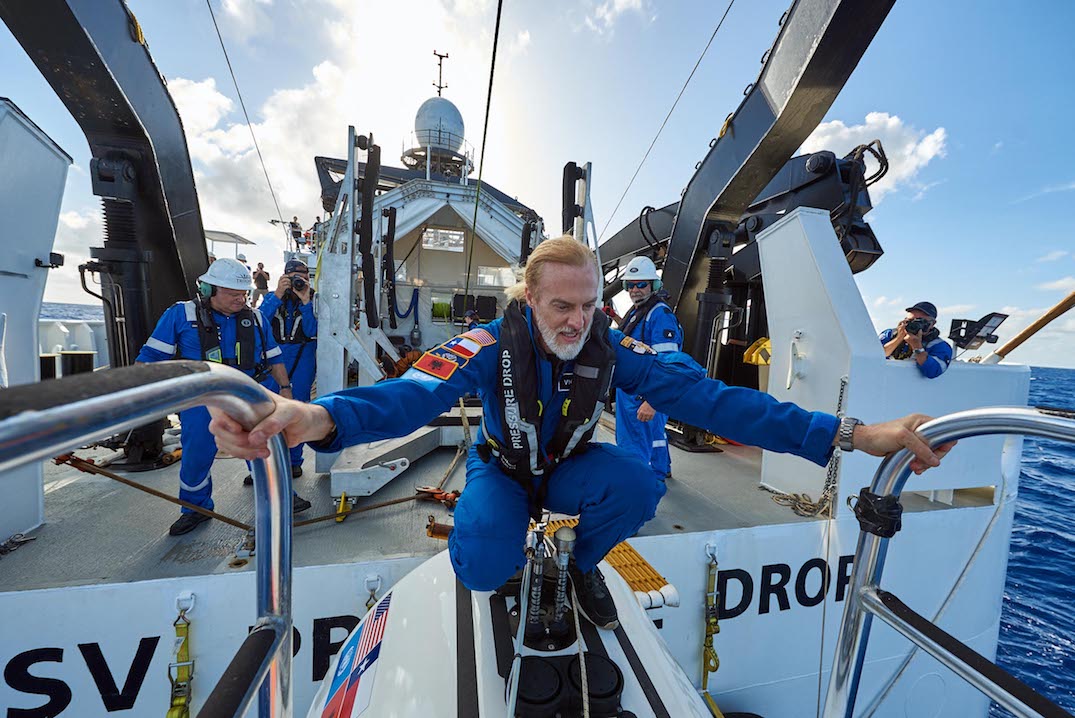 The Marianas Trench is a remote place. To put this into perspective, more humans have touched down on the moon than the bottom of the trench. What Vescovo achieved is a truly magnificent feat.

“It is almost indescribable how excited all of us are about achieving what we just did,” Vescovo told BBC.

Unfortunately, the celebration of his historic dive has been overshadowed by what Vescovo found sunken in the depths — a plastic bag and some candy wrappers.

An estimated eight million metric tons of plastic are thrown into the ocean annually. Now, we have evidence that this waste has reached the ocean’s deepest crevasses. 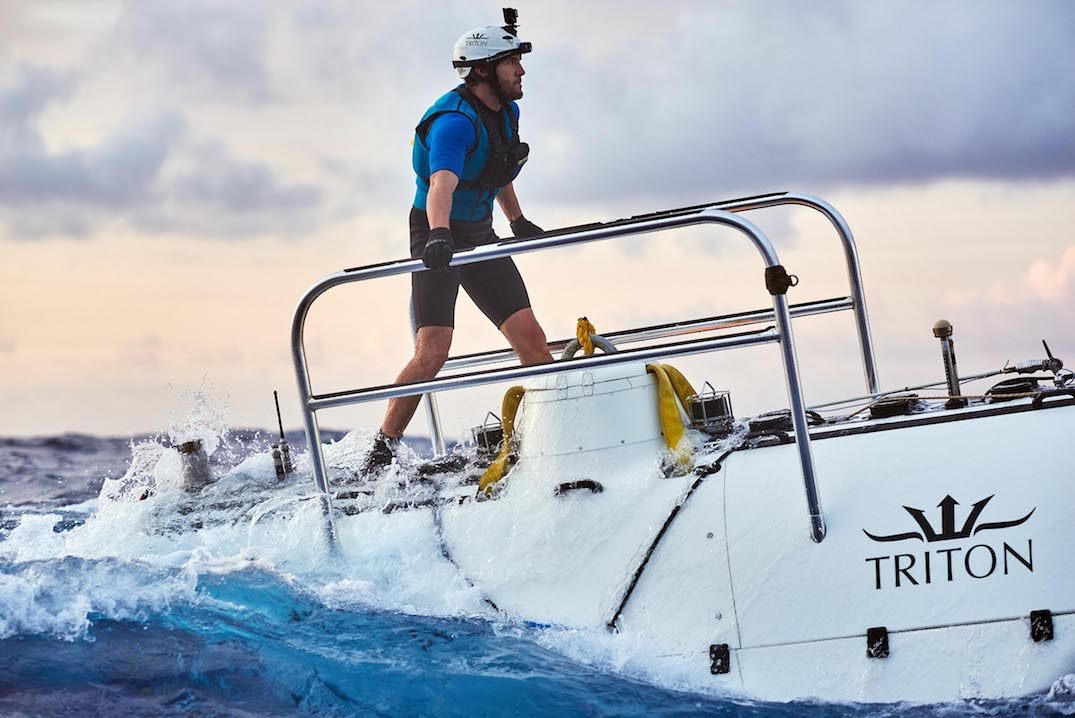 The crew believes they have found evidence of four new species of prawn-like crustaceans called amphipods. They also sighted brightly coloured rocky outcrops on the seabed and collected samples, hypothesizing that the vivid colour is caused by microbes. The team also collected sea creatures that scientists will test for traces of microplastics. 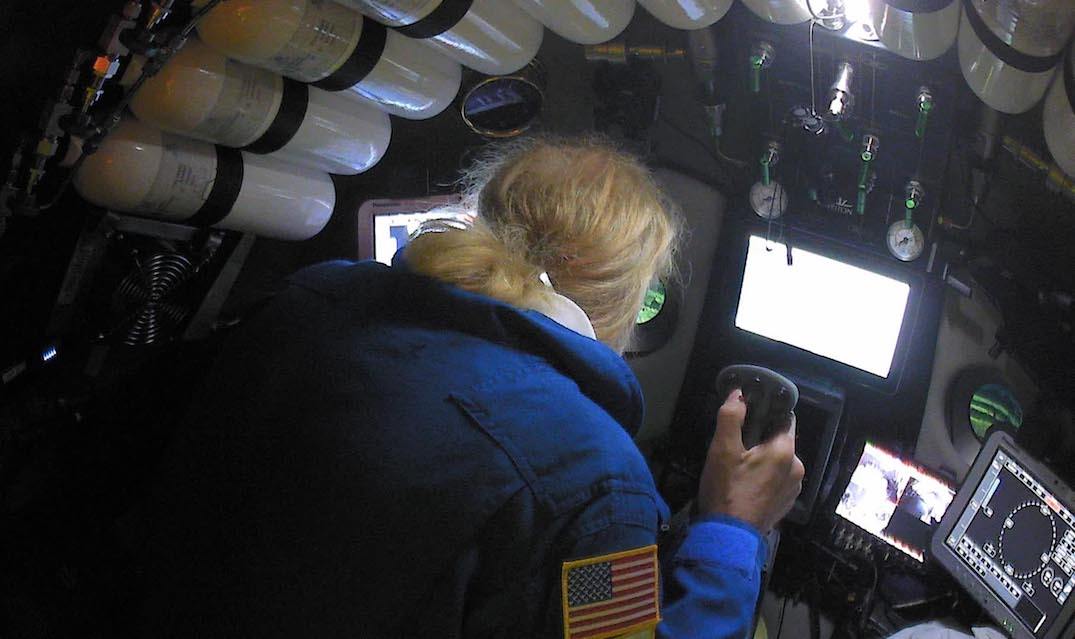 Vescovo, a private equity investor who funded the project, climbed the Seven Summits before turning his attention to the sea. With this dive complete, Vescovo and his team plan to attempt four more dives.

The project, dubbed The Five Deeps Expedition, hopes to reach the deepest point of the world’s five oceans. Once the expeditions are complete, The Limiting Factor (Vescovo’s Triton Submarines submersible craft) will be donated to scientific institutions for use in further research. 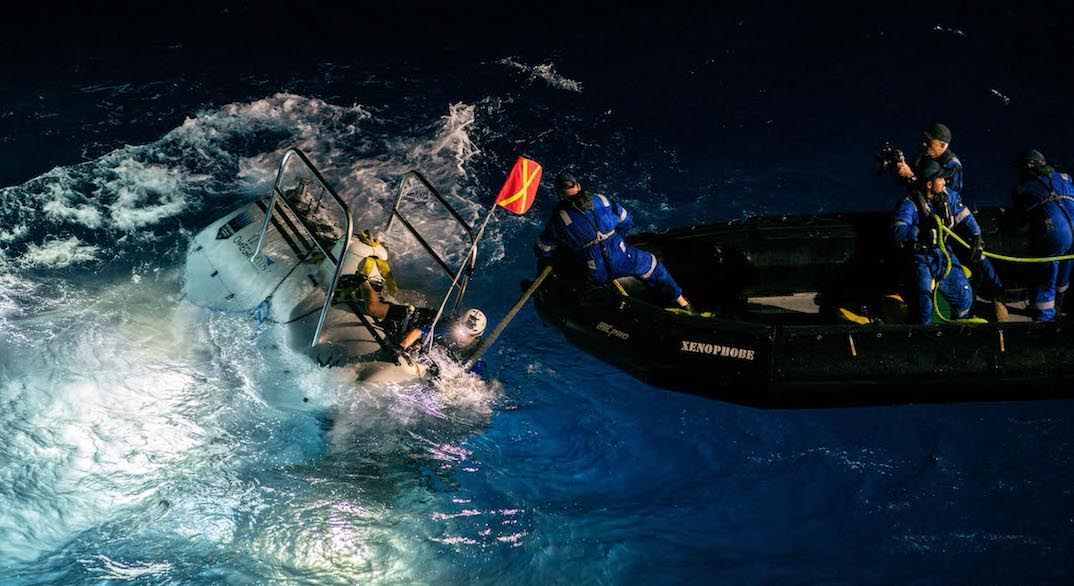 The Limiting Factor being recovered after its first dive to the deepest point of the Challenger Deep (Deep Dives).