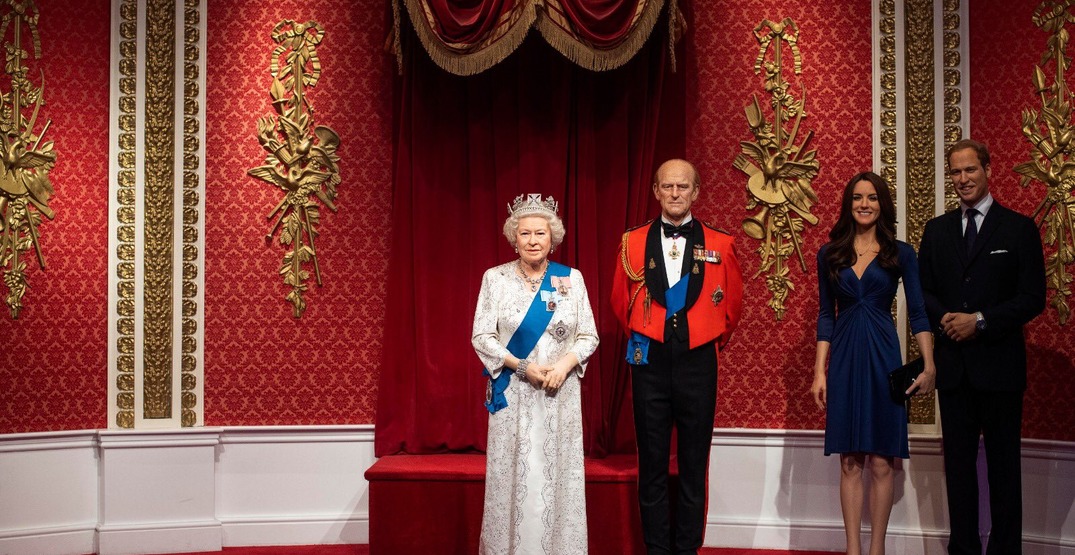 The wax figures of the Duke and Duchess of Sussex are to be relocated after being separated from the Royal Family display at Madame Tussauds in London.

The removal comes on the heels of Prince Harry and Meghan Markle’s decision to take a step back from their ‘senior’ royal duties in an announcement the couple made via an Instagram post on Wednesday.

The famous wax museum’s reaction to the decision has been to remove the pair from the Royal Family altogether.

“Last night, the Duke and Duchess of Sussex shocked the nation by announcing that they are to ‘step back as ‘senior’ members of the Royal Family,’ dividing their time between the UK and North America,” Madame Tussauds said in a statement.

“To reflect the upcoming change in the Royal line up, Madame Tussauds London will be moving its Harry and Meghan figures from its Royal set with immediate effect.”

Now, where Prince Harry and Meghan Mark once stood, is a big, empty space. (Awkward.)

Perhaps what makes this tea even stronger is the fact that the museum titled the press release “Sus-SIX Degrees of Separation.”

“Alongside the rest of the world, we are reacting to the surprising news that the Duke and Duchess of Sussex will be stepping back as senior Royals,” said Tussauds’ General Manager, Steve Davies in the release.

“As two of our most popular and well-loved figures, they will, of course, remain an important feature at Madame Tussauds London as we watch to see what the next chapter holds for them.”

Madame Tussauds’ power move has received a lot of attention on social media with varied responses among the public.

Some people find the whole ordeal to be hilarious and petty.

My mate just forwarded me this picture from the bins round the back of Madame Tussauds #HarryandMeghan pic.twitter.com/JFjwYFhkSH

However, others are upset it is garnering so much attention –with some users questioning the intent behind the museum’s decision implying that it is a grab for attention.

The museum issued a tweet on Wednesday with a photo of the ‘new’ royal family display with the caption “We’ve got to respect their wishes #Megxit” with a shrugging emoji.

Unsurprisingly, the reception was not all that positive and they attempted to rectify the situation with another tweet on Thursday with the caption explaining, “We just thought our World Stage area might be more appropriate for this influential couple.”

However, taking a quick glance at the comment section, it seems as though the damage has already been done.

Madame Tussaud’s statement regarding their decision concludes with a decree.

“Having previously stood alongside The Queen, Prince Philip, the Prince of Wales, the Duchess of Cornwall and the Duke and Duchess of Cambridge, Harry and Meghan will be separated from the family to mirror their ‘progressive new role within the Royal institution.’”

Only time will tell if this symbolic representation of inching the Duke and Dutches of Sussex out of the family will reflect the overall reaction from the British public and the rest of the world.

In any case, maybe their figures will take this opportunity to take a cue from their real-life counterparts and take a nice, relaxing trip to Canada.