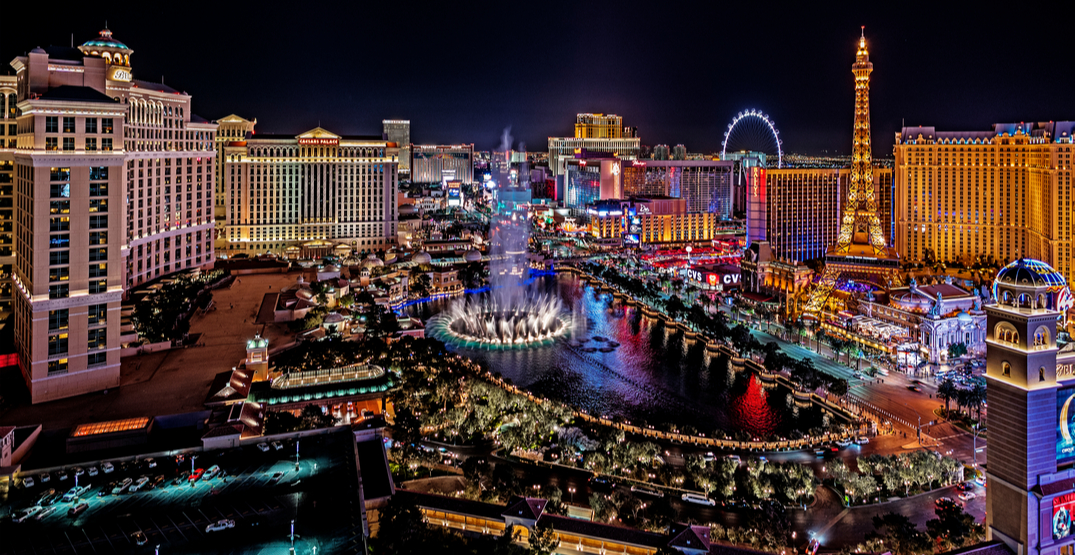 We’ve all heard the phrase, “What happens here, stays here.”

It is a mantra relayed by bachelor/bachelorette parties, gamblers, and unforeseen married couples alike.

The one-liner has been a beloved scapegoat for many travellers visiting Las Vegas to engage in brazen — and sometimes questionable — behaviour that they otherwise wouldn’t in their ordinary day-t0-day lives.

However, the famous slogan may be changing soon.

According to John Katsilometes of the Las Vegas Review-Journal, Aerosmith’s Steven Tyler introduced an alternative phrase to a Las Vegas concert audience.

According to the report, the frontman’s callout could be part of a broader campaign to promote the phrase as the city’s new and improved slogan.

Las Vegas’ original slogan was created as a means to try and get more visitors to travel to the city following the 9/11 terrorist attacks in New York City.

Many large cities across the country — including Vegas — saw significant declines in their tourism numbers following the tragedy.

In an effort to entice more people to visit the city, in 2002, R&R Partners coined, “What happens here, stays here.”

“It’s reflected what visitors want from Las Vegas,” CEO of R&R Partners Billy Vassiliadis told the Las Vegas Sun in 2014, “It is reflective of Las Vegas as a place where I can come and escape my doldrums and escape the treadmill that’s my life.”

The phrase became a driving force behind a series of television ads that aimed to promote the fun-loving, no worries feeling that guests could expect from their trip to Vegas.

However, following the October 1 mass shooting in 2017, the Las Vegas Convention and Visitors Authority instantly benched the “What happens here” slogan and vied to create a new one.

“The LVCVA revived the 15-year-old slogan with new online and television ads, ” Reno Gazette Journal reports, “marking a return to normalcy in the city where the backbone industry was directly affected by the deadliest mass shooting in modern US history.”

Nevada historian Michael Green believes that the new slogan will serve as a motivating factor for travellers seeking out unique experiences that they wouldn’t be able to find elsewhere.

“It’s a vow to the fact that – once upon a time – gambling was what happened here, and it was the only thing that happened here legally,” Green told Reno Gazette Journal. “Nevada could rest on its laurels, though it isn’t.”

Right now, #whathappensinvegas is a hashtag on over 3 million posts and counting on Instagram.

Only time will tell if this new slogan will stick or if visitors and residents alike will continue to use the tried and true phrase that they know and love.

If anyone wants to spot us to go to Vegas and see which catchphrase is more plausible, let us know.