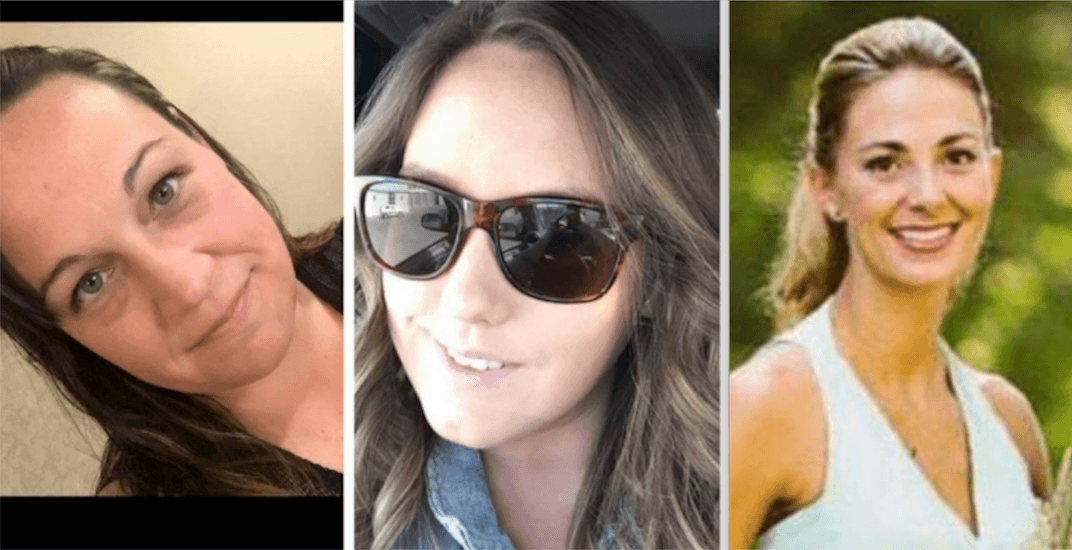 Three Albertans have been confirmed killed in the mass shooting in Las Vegas on Sunday night, alongside a man from British Columbia.

At least 59 people died and more than 500 people were injured when a gunman opened fire on a crowd attending the Route 91 Music Festival.

On behalf of all Albertans, we are so deeply sorry for your loss. You are in our thoughts and in our prayers and in our hearts.

The premier offered thoughts and prayers to the friends and family of the three Albertan women, and urged people to donate to GoFundMe pages in support of the victims’ families.

Klymchuk was attending the concert with her fiancé Brent Irla, according to the “Jessica Klymchuk lovingly remembered” crowdfunding page.

She was the mother of four children, and died Monday morning with Irla by her side. A candlelit vigil is being held in Klymchuk’s small hometown of Valleyview on Tuesday night.

Calla Medig, 28, was from Jasper, and worked at Moxie’s in Edmonton. She has been described by friends and coworkers on Facebook as someone who “didn’t have a mean bone in [her] body.”

“We are heartbroken and profoundly saddened by the loss of such a bright light in our own lives, and we know that our sadness pales in comparison to the pain that her family and friends are feeling now,” her workplace posted to Facebook on Tuesday.

Tara Roe, from Okotoks, had been missing up until Tuesday, with friends and family reaching out on social media for any information on her whereabouts.

Roe worked for Sophia Models International. Amber Morgan, who worked with Roe at the agency, said in a Facebook post that Roe “was always a friendly face and had a very caring spirit.”

The flags at the Alberta Legislature and McDougall Centre are at half mast in light of the tragedy.

The BC man killed in the attack has been named as Jordan McIldoon, a 23-year-old from Maple Ridge, BC.

On Tuesday, McIldoon’s parents Alan and Angela McIldoon released a statement, describing their son as a compassionate young man.

“We choose to focus on love over hatred and are moving forward knowing that Jordan was so incredibly loved by many,” reads the joint statement.

“His was a life well lived. He was our only child and no words can describe our pain in losing him.”

Additional consular officials have been sent to Las Vegas to help Canadians affected. According to Global Affairs Canada, another four Canadians were also injured.

“We are presently aware of at least four Canadians amongst those killed and at least four injured,” Philip Hannan, spokesperson for Global Affairs Canada, said in an email to Daily Hive.

He also said that officials are working to identify any more Canadian victims of the attack.