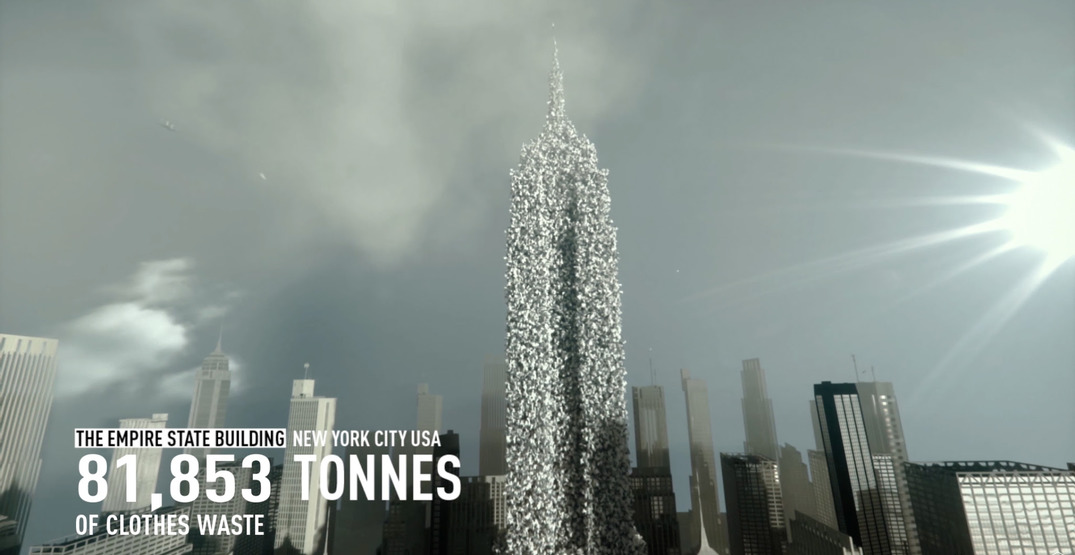 Although we are not able to venture outward to go shopping right now, many fashion retailers are relying on online sales to bring in revenue and keep their businesses functioning.

As we look to the future, many consumers are growing increasingly conscious of how their purchases impact the environment. While we can all be a sucker for a good bargain now and then, a significant contributor to waste-generation falls on one under-the-radar culprit: fast fashion.

For those unfamiliar with the term, fast fashion refers to inexpensive clothing that is mass-produced rapidly in response to the latest trends in the fashion industry.

Demand for fashion has always been there, but year over year, it grows ever-larger, and it is this want that drives the fast fashion industry. Western culture exists within a society that operates based on instant gratification. We want things when we want them and not a minute later. And with trends changing at the drop of a hat (pun intended), companies must be able to develop a supply to address this fast-acting demand quickly.

According to London-based content marketing agency NeoMam Studios, the average consumer throws away 60% of their new clothes in the first year of owning them, creating an estimated 18.6 million tonnes of clothing that will end up in landfills in 2020.

If things continue as they are, according to a report published by the Ellen Macarthur Foundation, a charity organization based in the UK, over 150 million tonnes of clothing will be incinerated or left in landfills in 2050.

To illustrate the harsh reality of these statistics, NeoMam Studios created a shocking and eye-opening video showing eight famous landmarks around the world being filled with wasted clothing.

“Using official government data where possible, and going with accepted estimates in others, we determined the volume of each structure – and then turned them into laundry baskets,” a blog post published by NeoMam Studios explains.

“If we don’t want to drown in clothes, we need to make changes to how we manufacture and purchase our clothing and reduce the rate at which we throw away what we no longer want to wear.”

The landmarks used in the video, entitled “Fast Fashion: Drowning in Clothes,” are St. Michael’s Tower in Glastonbury, UK; Big Ben/Elizabeth Tower in London, UK; Angel of the North in Gateshead, UK; Riverside Museum in Glasgow, UK; the Pyramid of the Sun in Teotihuacan, Mexico; the Empire State Building in New York City, USA; the Colosseum in Rome, Italy; and the Great Wall of China in the Huairou District of China.

According to the post, 150 million tonnes of clothing would equate to roughly 330 billion women’s workout outfits or 937 billion men’s T-shirts.

While the visuals of these monuments being used to scale the amount of fast fashion waste are staggering, there are steps that you can take to help prevent this grim future.

Instead of merely throwing your clothes away, donate them to charity instead. Just because you may be done with a piece of clothing or it doesn’t fit or suit you anymore doesn’t mean that it wouldn’t benefit someone else. Many organizations also perform curbside pickup services for donations, so you don’t even have to drop them off.

Similarly, instead of trying to buy the next trending thing, shop second hand. Check out your local thrift store or consignment shop. You’ll feel accomplished when you find an item that you like, and besides, vintage is always making a come back in some way, shape, or form. Also, fashion trends are like the tides: they ebb and flow, and things tend to show up again. This way, you’ll be on-trend for a fraction of the price.

If you do have the means to spend a little extra, invest your money in high-quality items that will last longer. It will be more economical in the long run.

In the same realm, purchase clothing that is made of environmentally friendly fabrics and materials, such as bamboo or other natural fabrics. Synthetic fibres such as polyester are made from “carbon-intensive, non-renewable resources” that do not biodegrade as easily as more organic fibres.

For more information regarding fast fashion and easy steps that you can take to be part of the solution, you can read the full blog post on NeoMam Studios’ website.