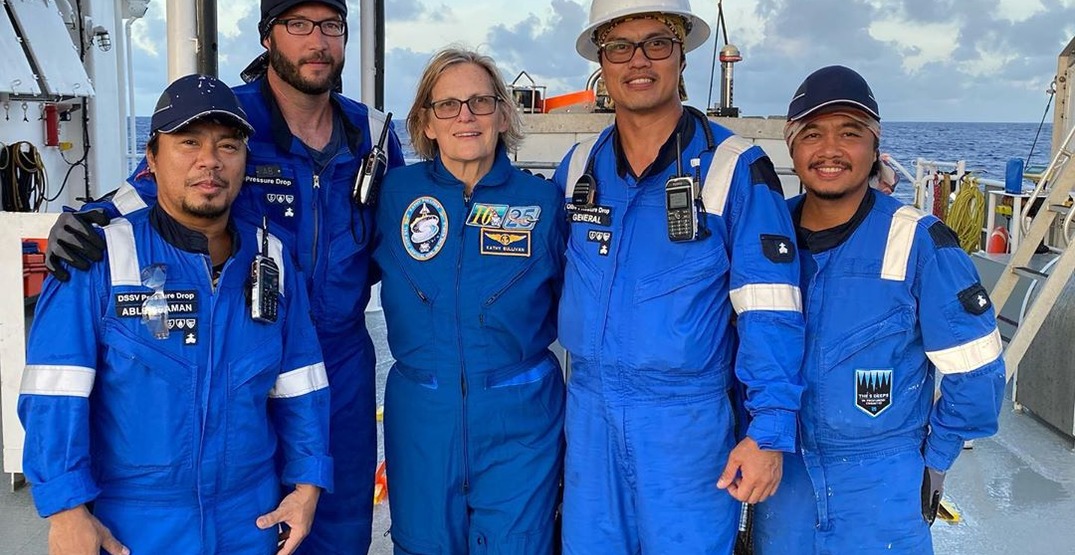 Kathy Sullivan, a former astronaut at NASA who was the first woman from the United States to walk in space, has completed another extraordinary task by venturing in the opposite direction to the deepest known point of the ocean.

With this latest remarkable feat, which took place on June 8, Sullivan became not only the first woman but the first human to have journeyed into space as well as at full ocean depth.

The mission, conducted by EYOS Expeditions, took place aboard the DSSV Pressure Drop, a type of Limiting Factor submarines — called the “mothership” of submersibles — and dove to the depths of the Challenger Deep, the deepest known point in the ocean. Sullivan was joined by Victor Vescovo from Caladan Oceanic, who piloted the vessel.

A post shared by Kathy Sullivan Astronaut (@kathysullivanastronaut) on Jun 14, 2020 at 3:42am PDT

Sullivan has embarked on three space shuttle flights and is the eighth person to journey to the lower point of the Challenger Deep. Other notable names to venture to this depth are Jacques Picard in 1960 and James Cameron in 2012.

The mechanics and operations of the International Space Station (ISS) and the Limiting Factor (LF) are vastly different. The ISS exists in a zero pressure environment in the vacuum of space. Contrastingly, the LF operates in an environment with exponential pressure equating to “having 2,200 tonnes of pressure pressing down on the hatch,” the EYOS Expedition website explains.

A post shared by Kathy Sullivan Astronaut (@kathysullivanastronaut) on Jun 12, 2020 at 5:48pm PDT

This mission also featured the world’s first coordinated call between the International Space Station and the DSSV Pressure Drop. This accomplishment is particularly notable due to the distance between the two points, with ISS in orbit 408 km above the earth’s surface and LF operating at a depth of roughly 11 km below sea level.

The accomplishment also highlights the vast potential for privately funded exploration and technology. Limiting Factor is a privately funded vehicle that has revolutionized the capabilities of exploring the deepest ocean depths.

A post shared by Kathy Sullivan Astronaut (@kathysullivanastronaut) on Jun 12, 2020 at 10:43pm PDT

Rob McCallum, the expedition leader from EYOS Expeditions, described the communication between the space and sea vessels as highlighting “the vast span of human endeavour,” stating that it was a new first.

Sullivan echoed these sentiments, calling the completion of the expedition a “once-in-a-lifetime day.”