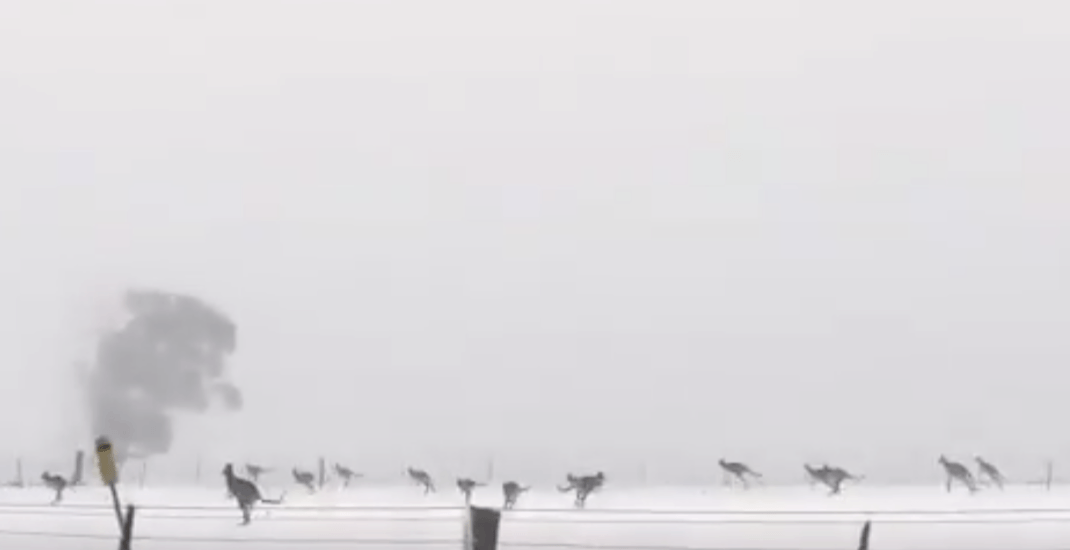 Kangaroos hopping through snow seems like a scene straight out of an Australian-themed Christmas film — but it’s far from fiction.

Amazing footage of a group of kangaroos hopping through the snow was captured by Stephen Grenfell who filmed the animals from his car and posted a video online over the weekend.

“Not something you see every day in Australia. Kangaroos in the snow,” he wrote.

Not something you see every day in Australia. Kangaroos in the snow.#Wildoz #Kangaroos #Snow pic.twitter.com/ospCngUa98

Australia’s seasons are opposite to those in the northern hemisphere, and the country is currently experiencing an unusually chilly and snowy winter.

Australian Football League (AFL) players were also forced to brave the cold weather as it snowed for the first time ever at a league game in Canberra last week.

Australia’s Bureau of Meteorology reports that the cold snap will continue as a “high-pressure system dominates the weather this week.”