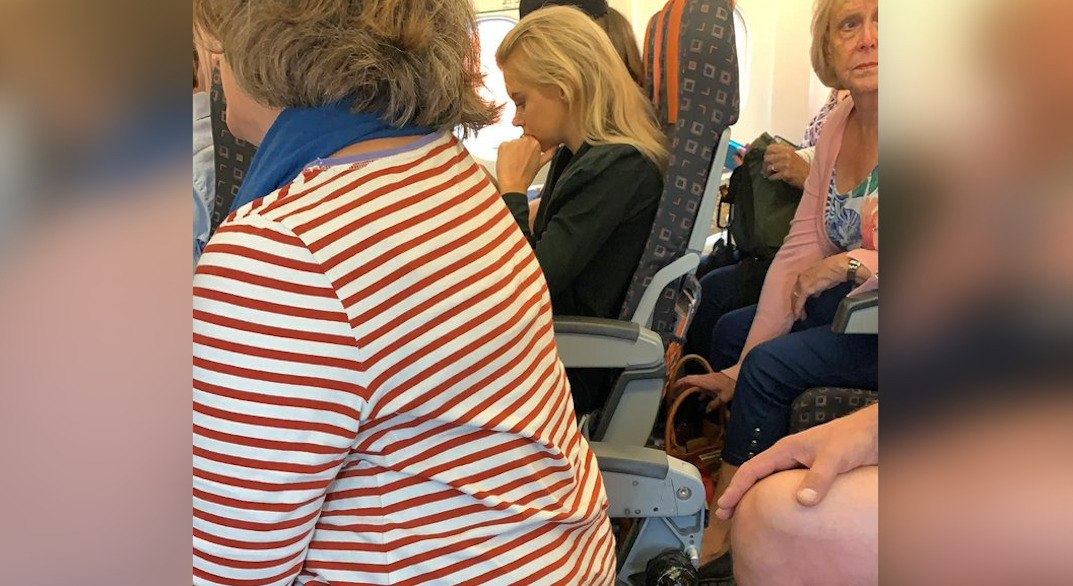 Airplane travellers know all too well the annoyances of seat adjustments. Did you lean back too far? Does the person behind you have enough room?

Well, a photo posted to Twitter seems to show a creative solution to the problem, by not having a back to the airplane seat at all.

EasyJet, a low-budget airline, is being criticized after an image of a woman perched on the edge of a seat has gone viral.

The image was shared in the early hours of Tuesday morning by user Matthew Harris.

#easyjet beats @Ryanair to have backless seats. @IATA @EASA this is flight 2021 Luton to Geneva. How can this be allowed. @GeneveAeroport @easyJet_press @easyJet pic.twitter.com/EthMoWRR8P

The airline has been getting roasted on Twitter after asking the user to take the photo down. “Hi Matthew,” reads easyJet’s reply. ” Thanks for bringing this to our attention, before we can investigate this could I ask you to remove the photograph & then DM us more info regarding this, so we can best assist you. Ross”

EasyJet’s response did not go over well with Harris, who fired back: “Absolutely not. This is a real photo of a plane currently decending [sic] to Geneva.”

Absolutely not. This is a real photo of a plane currently decending to Geneva pic.twitter.com/BULiB4H3jt

Harris commented on the thread, saying the flight attendant had asked the woman to stay in the seat until the rest of the flight was fully boarded.

The rest of the Twitterverse’s reactions were not kind to the budget airline:

That doesn’t look safe. Is that even legal?

Did you seriously just ask a paying customer with evidence of a legitimate health and safety concern to get rid of the evidence??

Oh boy, you done f*cked up there! pic.twitter.com/8riSo70n6k

Hahaaaaaaaaa my dude if you want to make a tweet go viral, ask a disgruntled passenger to take down a tweet. THAT’LL DO IT BRUH.

Seriously??? Asking to remove the photo is just about the worst thing you could have said. I will never fly easyJet based on this issue and your handling of it.