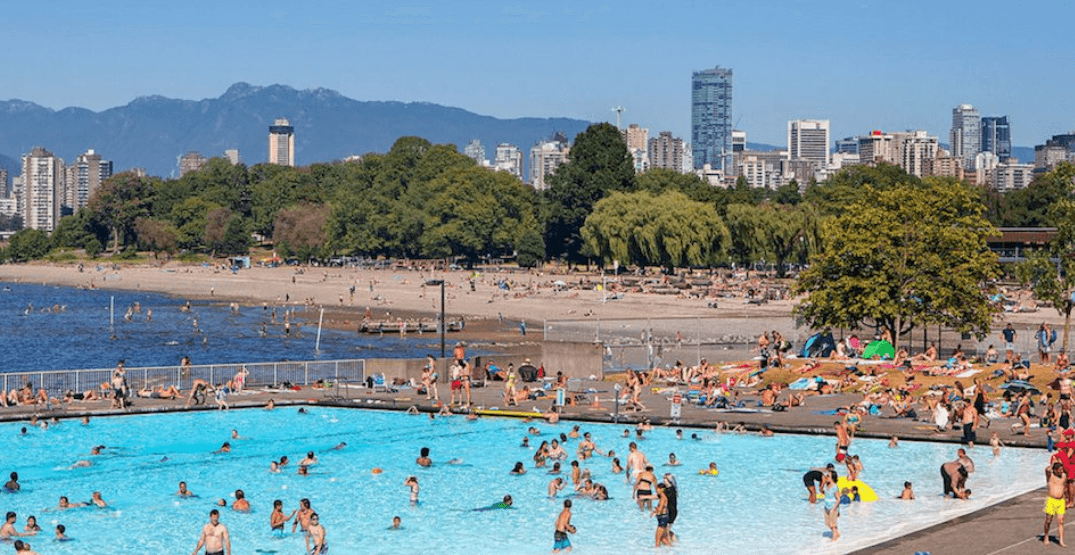 It’s already known as a go-to summer swim spot for residents in the city but now, Vancouver’s Kitsilano Pool – or “Kits Pool” – has received international recognition in a new global ranking.

The outdoor, saltwater pool located next to Kitsilano Beach was ranked one of the world’s “best tidal and oceanside pools” by CNN.

Other locations on the list include Giola Lagoon on the Greek island of Thassos, the Queen’s Baths in the Bahamas, and Saunders Rock in Cape Town, South Africa.

“Open from May until mid-September, ‘Kits Pool’ is the longest pool in North America, stretching out a massive 137 meters (150 yards),” CNN says. “The saltwater is pumped in from the Pacific, with three separate sections – one for kids and families, another for lane swimmers and a third for adults looking to chill in the water.”

The pool is also the only location in North America to make the list.

Last year, the pool underwent an extensive $3.3-million renovation, which included the replacement of gas-powered pumps with an electric pump to replenish seawater and dewater the pool; the removal and replacement of the pool basin membrane, including caulking and gutter repair; and the repair of the pool deck structure, including control joints that seal the pool.

The original Kitsilano Pool was completed in 1931, and it was entirely rebuilt in 1979.

There’s nothing like having one of the world’s best right in your own backyard.