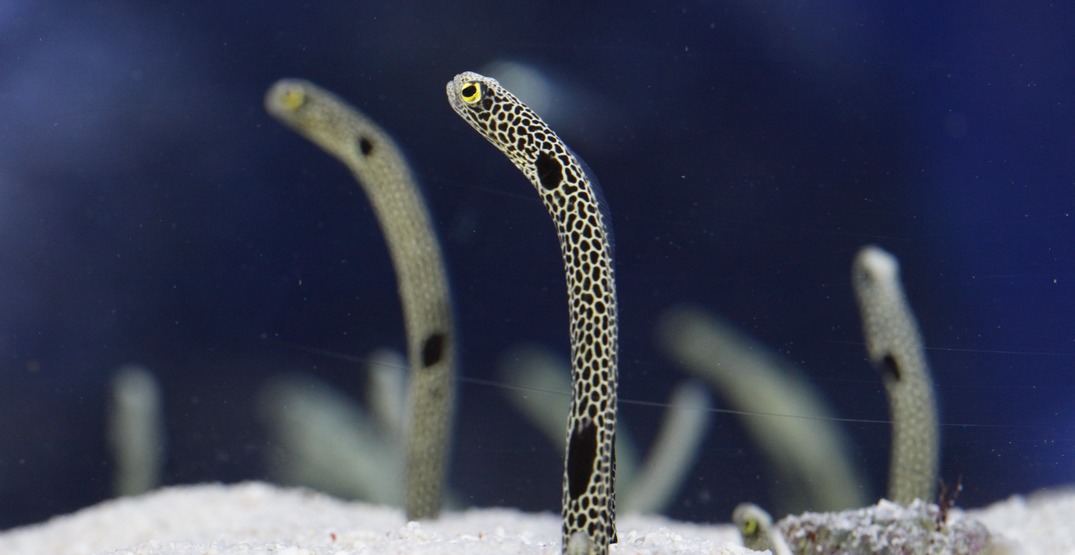 It seems as though humans aren’t the only ones experiencing the trials and tribulations that come along with physical distancing.

Sumida Aquarium in Tokyo, Japan, is seeking virtual visitors for their socially shy spotted garden eels for a “Face-Showing Festival”  from May 3 to May 5. The motivation behind the event is to have the eels become reacquainted and accustomed to human presence as they become more socialized in their environment.

According to a press release, initially published in Japanese, the eels are delicate but attentive creatures and are known to dive and hide in the sand.

However, the eels of the Sumida Aquarium “where about 300 live in one aquarium” are more used to the presence of humans, with dozens of visitors frequenting the establishment every day. Thus, they don’t typically dive when approached by people.

Since the aquarium closed on March 1 due to the ongoing COVID-19 pandemic, staff have noticed behavioural changes in their spotted garden eels. They are no longer as comfortable around humans as they once were, and are now starting to hide away from their caretakers when they get too close.

Thus, the “Face-Showing Festival” is meant to have the eels once again become used to and comfortable with human faces and the sounds of voices, to help them become comfortable again.

“It is a wish that the Chinese eels should be able to show a healthy appearance without diving into the sand even if humans approach them as before,” the release explains.

Five people at a time will be able to virtually visit the eels between 10 am and 2 pm (6 pm to 10 pm PT) by video calling one of five email addresses:

Sumida Aquarium set up these emails to receive iPhone and iPad video calls to the eel tank. At this time, it’s not setup for Android phones.

Users are encouraged to move around and show their faces up close but are requested to “refrain from crying loudly.

Each call will last five minutes before another caller will have their chance for some quality eel time.

The initiative serves to prepare the eels for further social interaction once Sumida Aquarium can once again open its doors to the public. Additionally, it will allow caretakers to gain further insight into their behaviour.

So, if you’re looking for a unique activity for your quarantine this week, why not set some time aside to give a shy little spotted garden eel a much-needed pep talk? You never know, it may do you both some good.