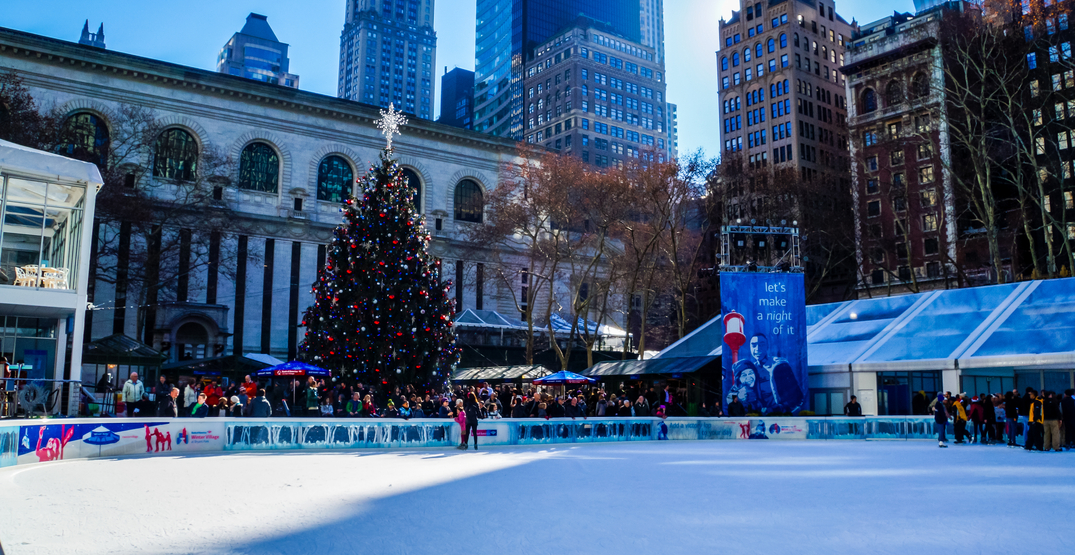 Depending on your preference, the winter months are either a seasonal wonderland or time for hibernation.

For those who choose to brave the colder temps, you may be interested to hear that The Bank of America Winter Village in Bryant Park is one of the top attractions for wintertime in New York City.

Not only does the park house one of the city’s top holiday markets, but it also provides a multitude of family-friendly activities such as an observation deck, a food hall, a rink-side bar, and skating rink.

The rink isn’t just for skaters, however.

For the second annual year, the Winter Village is encouraging guests to get their bump on with ice bumper cars for FrostFest, coming January 2020, according to the Bryant Park website.

“Not your typical bumper car. Presented by Bank of America, our bumper cars go on the ice! Slide, spin, and bump on The Rink.”

FrostFest is a ten-day winter event featuring seasonal food and drinks, igloos, entertainment at The Lodge — including karaoke and live music — a Silent Disco, and much more.

Last year, guests were able to bump and glide up and down The Rink in ice bumper cars.

The activity was so popular that it was extended through to February due to popular demand, according to the official Bryant Park Facebook page.

From January 25 to February 3, visitors will be able to bump and slide as much as their hearts desire. However, as with anything fun and physical, there are a few rules to consider before reserving a spot.

According to the Bryant Park website, participations must be aged seven or older, be at least 42 inches (3.5 feet) tall, and weigh less than 300 pounds.

Rides are 10 minutes. However, each session is 20 minutes to allow for time to sign in, and get on and off the ice.

Bumper car tickets are $15 per ride plus fees (additional fees include tax).