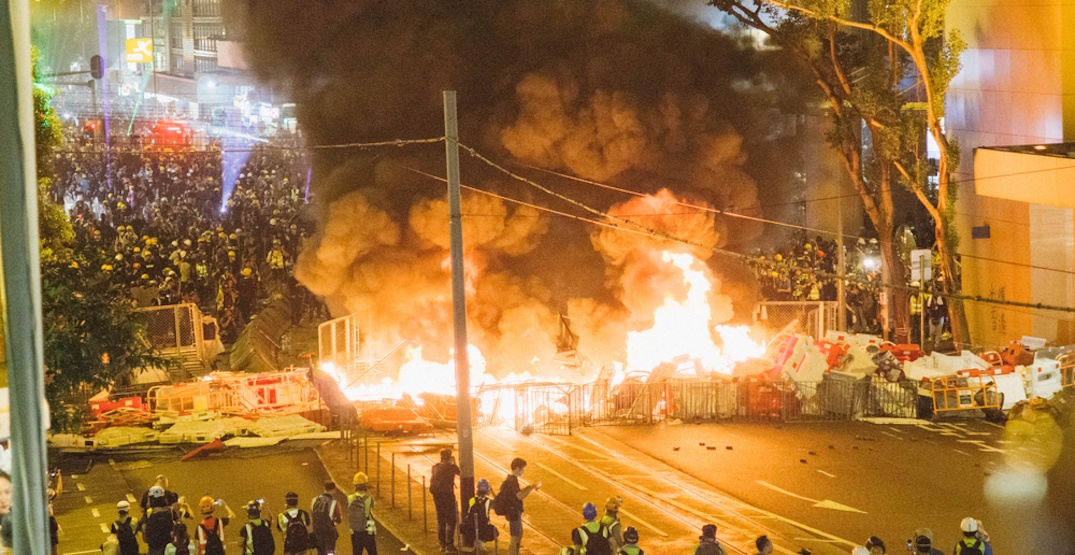 Scenes of violence in the streets, subway, and international airport of Hong Kong have scared away tourists, prompting the highest decline in visitor arrivals in the former British colony since the 2003 SARS virus outbreak.

According to a blog post by Paul Chan, the financial secretary of the Hong Kong Special Administrative Region, tourist arrivals dropped by about 40% in August compared to the same period in 2018.

This followed more marginal year-over-year decreases of 5% in July.

According to a passanger taking the Cathy Pacific airplane from #Hongkong to Shanghai, September 7th, 2019. You can see it’s nearly empty. Before the protest, usually it’s nearly full. #HongKongProtesters are destroying the tourism and economy of Hongkong. pic.twitter.com/CrUNw2RsU6

Hong Kong-based airline Cathay Pacific also expects to see a major drop in its revenue in August, after only slight impacts to its business in June and July as a result of the protests.

“Recent events in Hong Kong over the past two months did not substantially impact our passenger business in July; however, we anticipate a much more significant impact to our revenue in August and onwards,” said Ronald Lam, Cathay Pacific’s chief customer and commercial officer, in a statement last month.

Numerous foreign governments have issued various travel advisories to their citizens considering visiting Hong Kong, including the Canadian government’s warning that requests travellers to “exercise a high degree of caution.”

Three weeks away from home, back to a sobering and almost totally empty #HongKong airport. pic.twitter.com/suzkVqBERs

A lot of empty seats on this Dragon flight out of #HongKong. Certain parts of the city’s economy taking quite a hit from the crisis. Actually a great time for a holiday to Hongkers. Cheap flights and hotel deals galore. 😉 pic.twitter.com/gemXY90k5o

Last month, wrote Chan, occupancy rates for hotels dropped by nearly 50%, and room rates fell by between 40% and 70%.

“Repeated vandalism and disruptions to major transport infrastructure, such as trunk roads, railway and airport, not only have disrupted the daily routines of citizens, but also affected many international conferences, exhibitions, and mega events,” reads Chan’s post.

“Many conferences and business journeys have been postponed or even directed to other destinations.”

Hong Kong’s annual National Day major fireworks display in Victoria Harbour on October 1, marking the founding of the People’s Republic of China, is currently still scheduled to go ahead as planned.

With protests now entering their 14th week, multiple major sectors that are a cornerstone to Hong Kong’s economy are being hurt — everything from both small business retail and luxury retail to catering and restaurants.

Shopping districts and indoor malls that are normally packed with locals and tourists currently only see a relative trickle in foot traffic, with sales likely seeing a representative drop.

Chan also noted that the increasing tension of the China-US trade war is leading to a decrease in the value of total goods exported through Hong Kong.

Aww. So different from yesterday, that it took us an hour just to have photos with Minnie and Mickey. May peace prevail on your country!