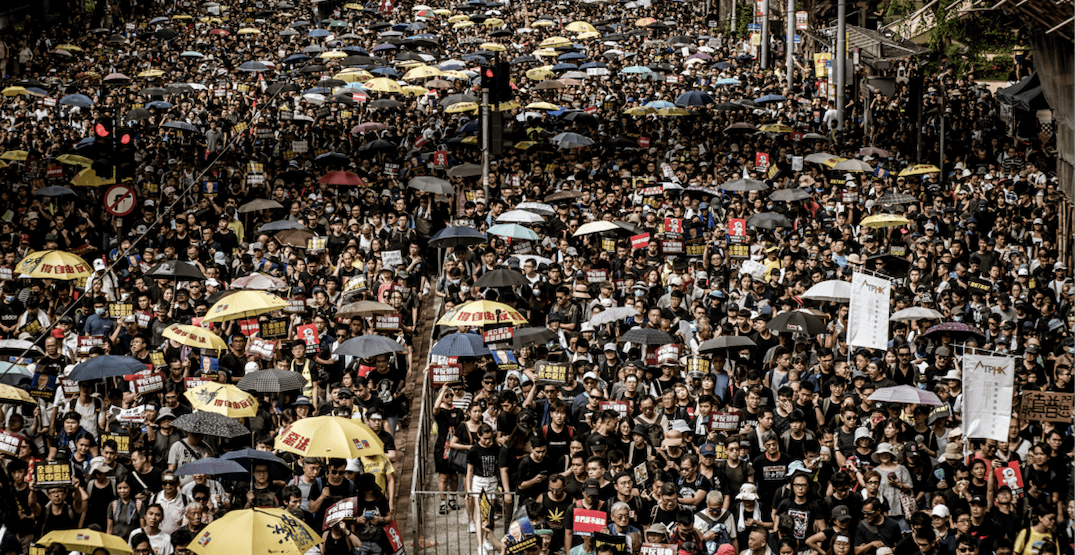 A community forum held last week at Simon Fraser University’s downtown campus led a discussion on the role of Canada in the midst of the protests that are currently plunging Hong Kong into a state of social unrest.

The protests also reached Vancouver this weekend, where thousands of people converged for duelling rallies between Hong Kong pro-democracy supporters and Pro-China nationalists.

Three panelists, Daphne Bramham, Dr. Chow Sung Ming, and Joel Wan spoke about what led to Hong Kong’s current state and if there was anything that Canada can do in response.

Bramham, a columnist from The Vancouver Sun, points out that Canada is complacent as a country.

“We should learn from Hong Kong… the importance of the right to free speech. We need to understand that debate and to set a key to a well functioning democracy. And whether in government or business, we have to understand that the best decisions result from the diversity of voices and opinions.”

Chow pointed out that the problem stems from something much deeper than simply a sudden burst of outrage at the extradition bill, which was said to be ‘dead’.

According to him, Hong Kong citizens have been living with a political passivity “in order to maintain the stability or prosperity in the society.” He believe that this is a general trend that has perpetuated for most of the time over the past 22 years.

This silence and the political culture of the city indirectly led to the rise of a dictatorship, says Chow.

The head of government is responsible for the unrest, he says, but the citizens, themselves, should also take responsibility because “they don’t [sic] really speak up during the normal times.”

He also points out that the economy also plays a part in the ideology that has perpetuated Hong Kong. “Hong Kong people are too busy… mainly because the economy’s still running so good. We treasure our economy prosperity… that we cannot sacrifice economics for politics.”

He thinks that education is the key. He believes that the government should teach citizens to not be materialist and selfish, “but teach them the correct values and morals and how to provide not only for family, but for the Hong Kong society.”

“The movement is not about the extradition bill anymore, but it’s about a long unresolved social unrest problem,” says Wan.

Wan adds that Canada and the international community should “recognize that the people of Hong Kong is unique in this world.”

“I’m not saying that Hong Kong is not China, but Hong Kong people is unique in their own sense: we have our own culture, and we have our own government system… jurisdiction system, legislative system.” Wan said. “And those are the values that we should protect.”

The response from the community

Some audience members remain skeptical on the power that Canada has. One didn’t see how effective the government could be, given its overall international influence.

A question on their Facebook Live raised a core issue: “On what basis can we expect Canadian politicians to care about Hong Kong over China?”

It gave the panelists pause.

“Canada has been hit by China because of [the Huawei incident].” China has barred canola shipments from Canada, making the relationship with China more strained.

“It’s only recently that we’re seeing that perhaps our appeasement, in terms of trying to always excuse China for what it’s doing, and maybe not speaking up, is starting to maybe not work out so well,” she said.

“It’s very important that we understand in Canada that our policy towards China has very much been a pro-China policy. And for that to change, it means that Canadians need to talk seriously with the politicians about change.”

Wan says that the people he encountered didn’t show a stance but it may be because they do not really know what’s happening in Hong Kong right now.

“There’s not a very strong voice right now.” He said. “What we can do to get that voice out is to… spread the news.”

Bramham adds that many Canadians are willing to hear more.