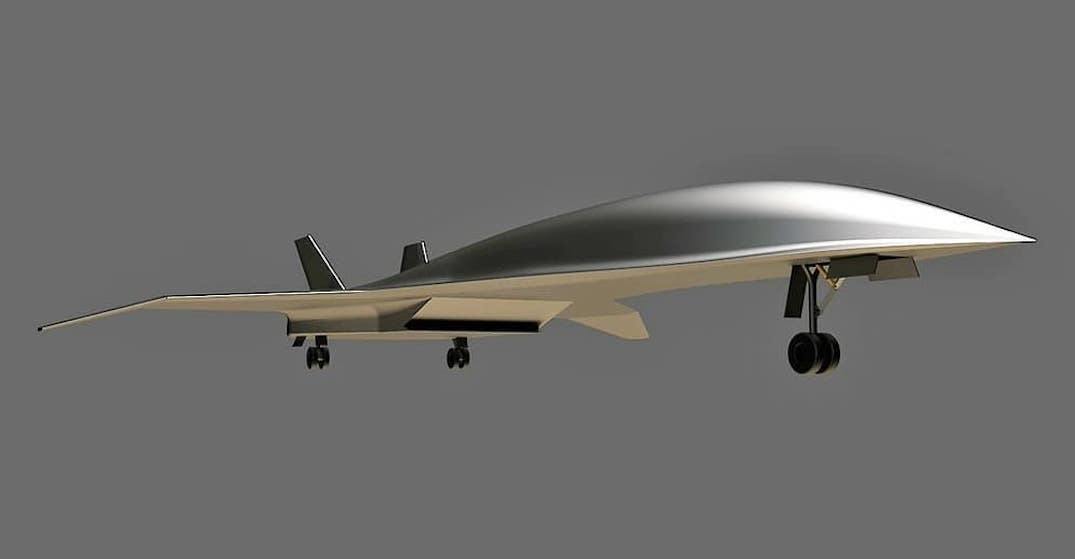 As the aviation industry continues to push boundaries, an American start-up has revealed juicy plans to develop a hypersonic jet. Their aim is to bridge New York and London with a 90-minute flight connection.

To achieve this, the plane will travel at Mach 5 — five times faster than the speed of sound. The current flight time between London and New York is over seven hours. If plans are realized, a hypersonic jet could cross the Atlantic faster than passengers can watch a movie.

This hypersonic plane comes from the imagination of the Hermeus Corporation. Based in Atlanta, the company has already gained funding from private investors and seed funders. Their hypersonic jet is proposed to fly with a casual cruising speed of approximately 5,300 km/h (3,300 mph) and travel a range of 7,400 kilometres (4,600 miles) without refueling.

It is also designed to operate with minimal changes to current aviation infrastructure, the Hermeus website says.

For comparison, the Smithsonian National Air and Space Museum cites that a modern Boeing 747 can cruise at a speed of 900 km/h (550 mph) and fly about 15,000 kilometres (9,500 miles) without refuelling.

If the project succeeds, it could change the way people fly. Long-haul flights, not to mention those annoying refuelling stops where you can’t even deplane, may become a thing of the past. London execs could pop into NYC for a board meeting and day trips to Paris would technically be possible.

“We’ve set out on a journey to revolutionize the global transportation infrastructure, bringing it from the equivalent of dial-up into the broadband era, by radically increasing the speed of travel over long distances,” co-founder and CEO AJ Piplica said, in a Hermeus press release.

All four founders worked together at Generation Orbit on the development of the US Air Force’s latest X-Plane, and on another hypersonic rocket-plane called the X-60A.

“There are many other difficulties with flying that quickly routinely — we do have the engineering capabilities to do it,” he said.

“The bigger issue is the financial and perhaps the environmental issue; flying that fast will burn an awful lot of fuel, and will be much more inefficient than flying slowly. But if there is a market for it, I don’t have any doubt that we could build one of these types of planes.”

Other airlines have shown that commercial air travel and sustainability are not mutually exclusive. Various airlines are developing biofuel planes, including Alaska and Qantas. Qantas launched the world’s first zero-waste flight earlier this year.

In an introductory video, Shuford lists some benefits of hypersonic travel; it drives global GDP and generates “a more nuanced cultural conversation.”

Ultimately, you shouldn’t hold off on a trip to London for the hypersonic experience; the technology could take up to a decade to develop.

“We have a ton of flying to do in that time,” Piplica told CNN. “We’ll have at least two smaller iterations of aircraft that we’ll build, test, and learn from.”

So fasten your seatbelts and put your tray tables up…