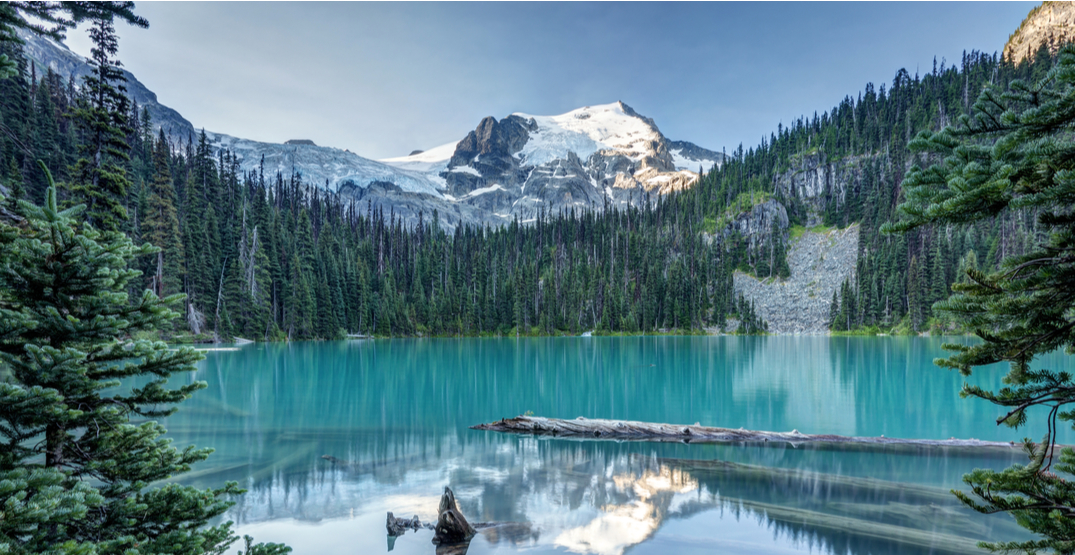 We all have a lot of pent-up travel energy to get out of our systems this summer. The time has come to explore beyond the five-block radius surrounding our apartments that we now know a little too well — and channel our wanderlust into some awe-inspiring adventures.

Canada is a road trip haven. With endless routes to take and sights to see in every province, the lessening border restrictions have hardly even tempted us to shift our focus from all there is to conquer in the great north.

Any good vacation requires some planning, and in the case of a road trip, that means knowing your route and making sure your car is good to go. To get you on the road, we’ve teamed up with Kal Tire to round up five gorgeous places across the country that make for idyllic road trip destinations. 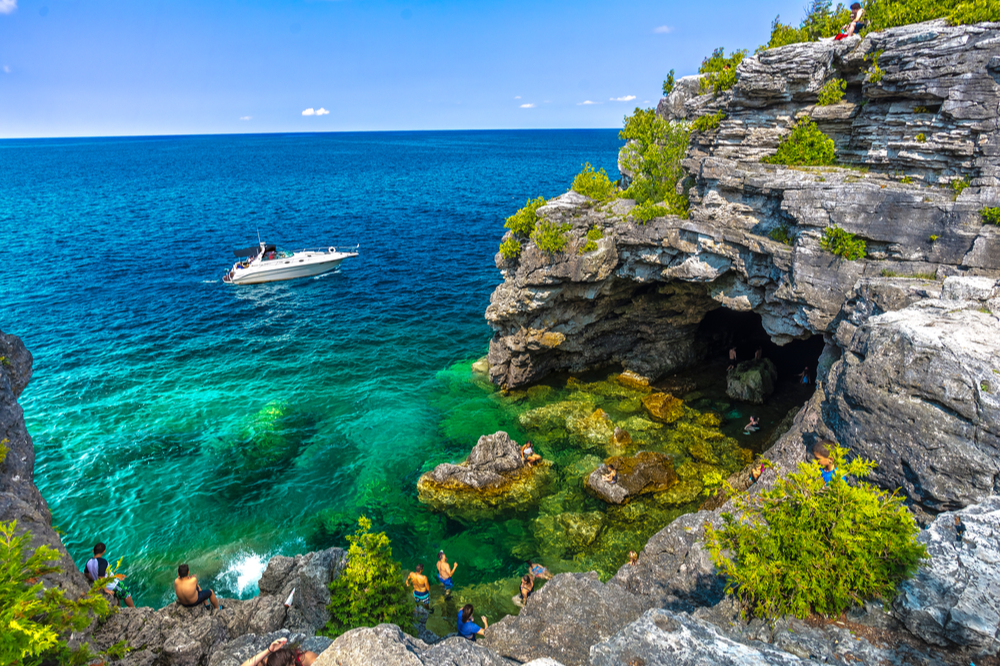 The next time you hear someone refer to Ontario as “Onterrible,” just show them this picture.

Located in Tobermory, Ontario, Bruce Peninsula National Park is a magical oasis tucked in Georgian Bay, where the turquoise colour of the water could be mistaken for that of an ocean in the tropics. Cliffs rise from the mesmerizing waters, sea caves are abundant, and ancient cedar trees house various species from reptiles to black bears. The park is a playground for everything outdoors, from wildlife watching to backcountry hiking, from canoeing to snorkelling along the limestone coasts.

The park area itself offers day-use spaces and well-kept campgrounds along Cyprus Lake, yurts, and backcountry options, and it’s easily accessible from Highway 6 or Owen Sound. Roughly a four-hour drive from Toronto, this summer escape that is the traditional home of the Saugeen Ojibway First Nations is a must-visit Canadian road trip destination. 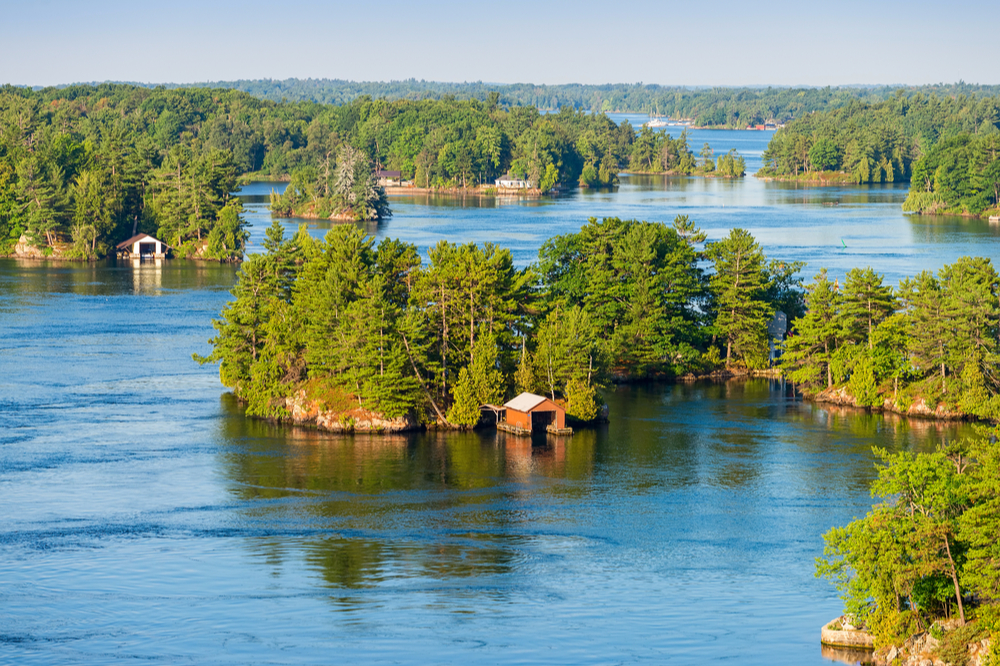 Nestled in Southeastern Ontario along the New York State border lies an archipelago of 1,864 islands with a rich history speckled throughout the St Lawrence River.

As such a serene cottage destination, travellers have been visiting the 1000 Islands for more than 150 years — even back when the area was still patrolled by literal pirates, prior to control being passed over to prohibition bootleggers. Today, you won’t catch any of this drama, but it still serves as a gorgeous place to explore, with castles to spot and fish to catch off the shores. 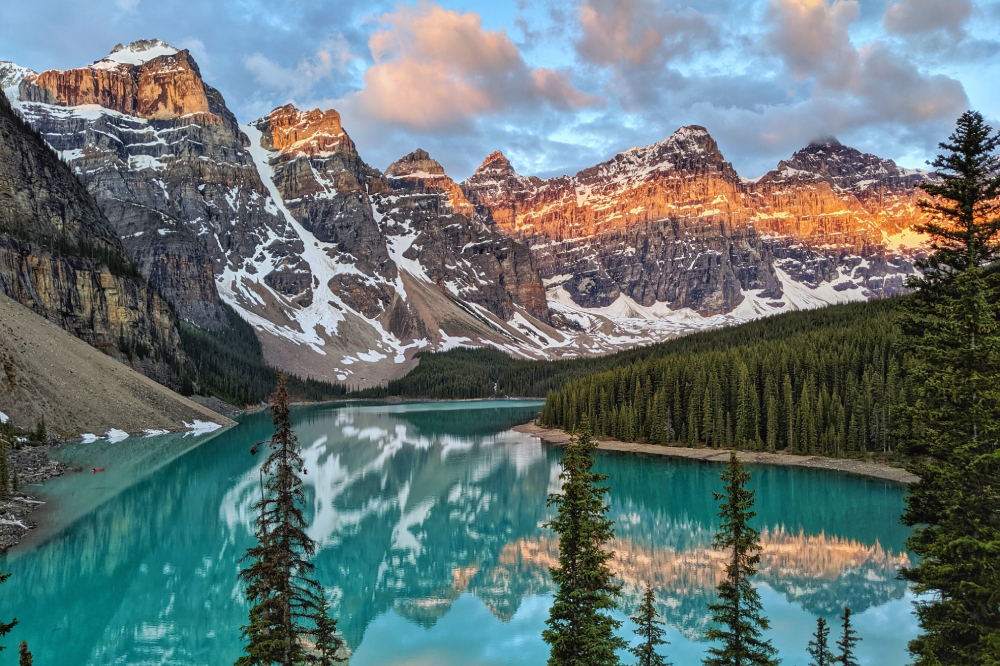 This is the kind of place that immediately proves all of the wonders of Canada. Sky-scraping mountains frame a painting-like scene of lush bright greens from the trees and vivid water of the park’s turquoise lakes. Banff lives in the jaw-dropping, traditional territory of the Iyârhe Nakoda Nations, the Blackfoot Confederacy, the Tsuut’ina, Ktunaxa, Secwépemc, Mountain Cree, and Métis.

In the great outdoor wonderland that is Alberta’s Banff National Park, there is so much to do — from lake hopping to embarking on multi-day, overnight hikes — if you can ever pull yourself away from gawking at the views.

Even though it’s just under a two-hour drive from downtown Calgary, Banff feels like a world away from office towers and work commutes, making it the perfect place to disconnect. 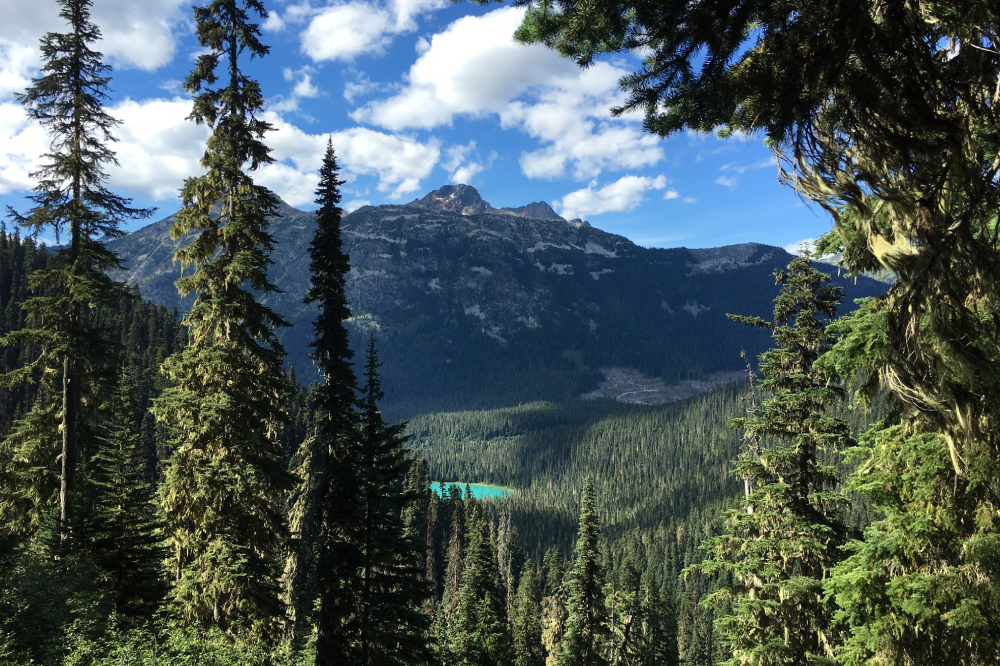 There is truly nothing like driving along the Sea to Sky highway. Winding from Horseshoe Bay all the way through Squamish and Whistler, the road is a wedge between dramatic mountains and the sparkling Howe Sound.

It makes for the most scenic path to its final destination of Pemberton, BC — a small mountain village just past Whistler that is quieter than its internationally known neighbour and close to famed hiking areas like Joffre Lakes Provincial Park. The home of the Lil’wat and N’Quatqua Nations has a sense of magic about it. Here, you’re detached from your nine to five and effortlessly at one with the earth and air around you. 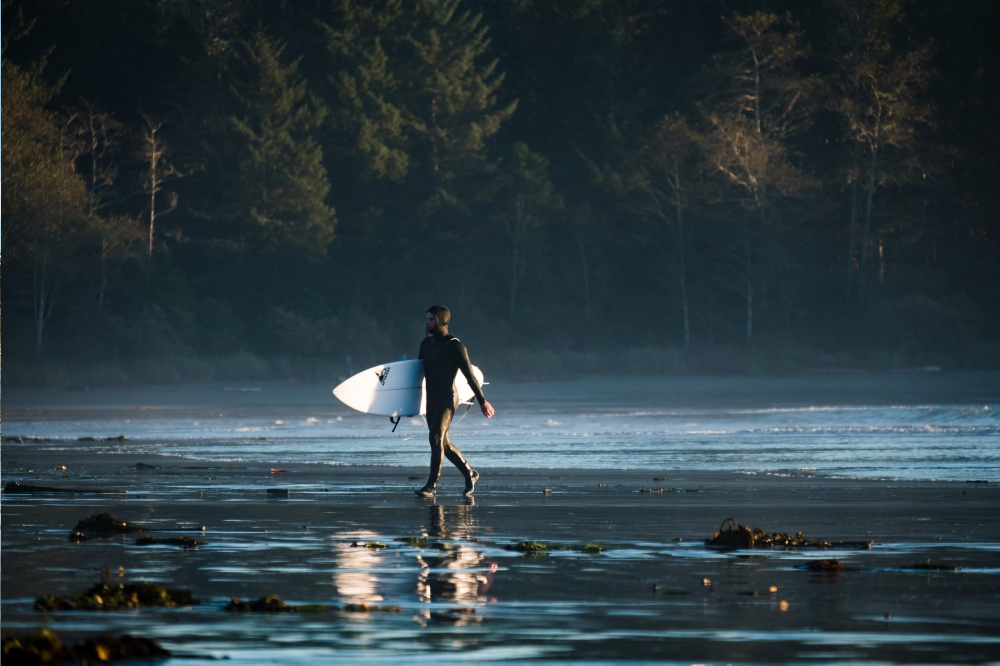 Yes, we know that this one is a given, but it could never be stated enough how beautiful the two towns at either tip of the Pacific Rim National Park are. Both Ucluelet and Tofino share the peninsula on Vancouver Island that is home to one of Canada’s most popular national parks, where the open natural spaces feel never-ending. Long sandy beaches make the space a surfer’s paradise, where you would catch people riding waves even during a visit in January.

Tofino is home to the Tla-o-qui-aht First Nation and is a tourist favourite where all the best features of the town (from beaches to trails to places to grab mouthwatering fare) are mere minutes’ drives from each other. It’s also home to the original Tacofino, a food truck cemented in an open-air artisan market, and incredible restaurants like the elevated neighbourhood fixture Shelter and the trendy new Korean spot Jeju. 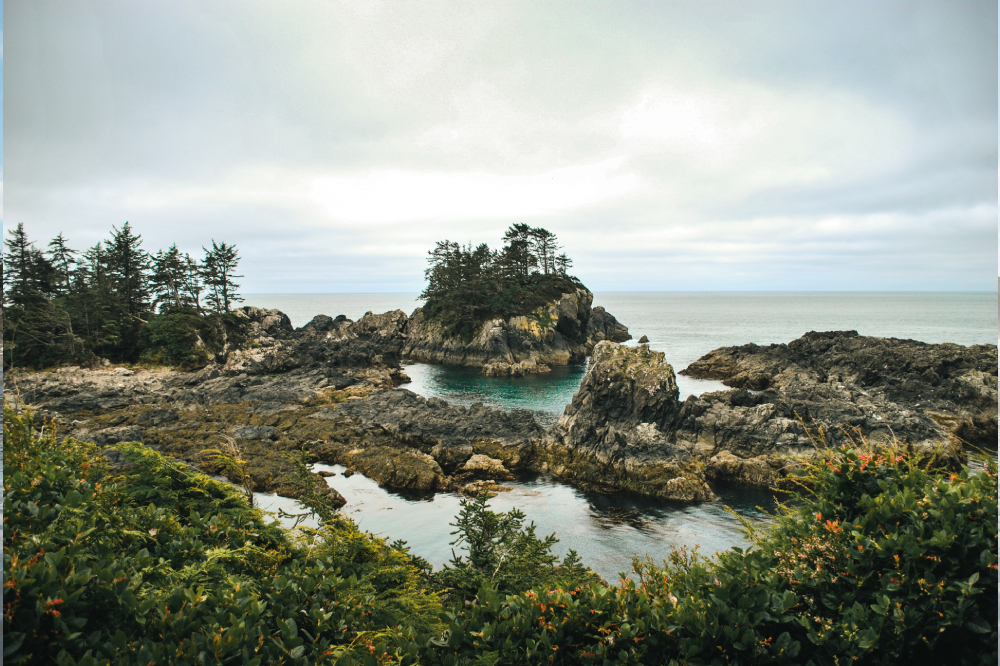 Located within the traditional territory of the Yuułuʔiłʔatḥ, Ucluelet is just as breathtaking as Tofino and a tad quieter. Boasting plenty of places to purchase some of the best seafood you may ever have, the town is lassoed by the Wild Pacific Trail — a route that winds you along cliffsides that are continually smacked by unruly waves. You couldn’t go wrong in choosing either location to serve as your home base while exploring all the wonders of this West Coast paradise.

Ready to get behind the wheel? Kal Tire is offering its expert services to make sure you’re set to hit the highways. After all, properly aligned wheels increase tire life, fuel economy, and provide a smoother ride for your adventures.

It’s recommended to have a wheel alignment completed on your vehicle once a year, and following winter’s harsh driving conditions, there’s no better time than now to get this checked off your to-do list — before you head to any of the above-mentioned stunning settings.