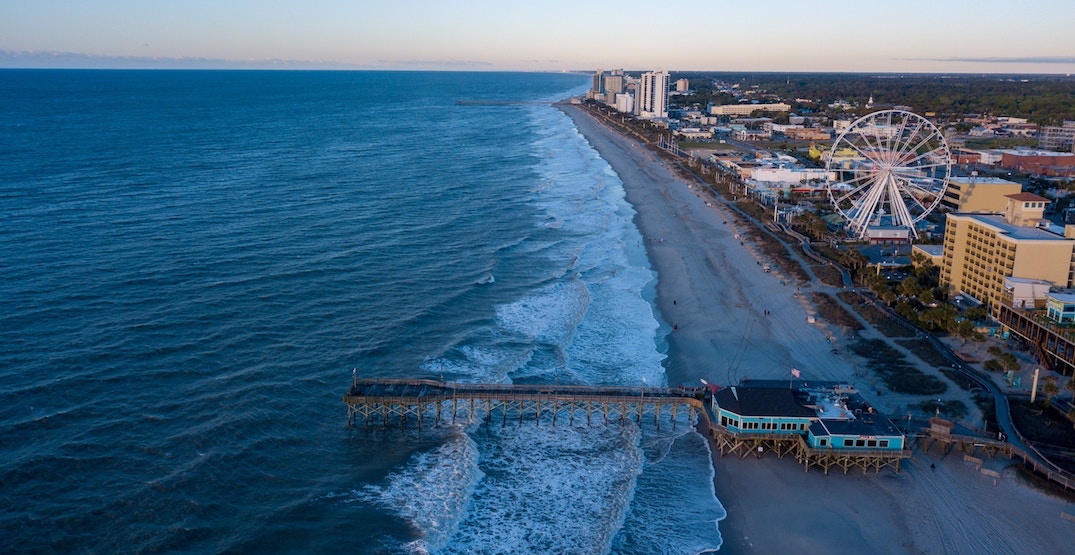 National Geographic set out on a mission to name the 28 friendliest neighbourhoods in America! But what makes a neighbourhood friendly?

To answer this question, Nat Geo came up with a unique method to pinpoint America’s most welcoming urban areas. They determined results based on factors such as walkability, public spaces, home affordability, and the abundance of third spaces like restaurants, cafes, and breweries.

Their data comes from a partnership with Resonance Consultancy, a Vancouver-based company whose Best Cities analytics drew data from over 200 US cities. They combined this Best Cities data with social media data from Trip Advisor and Yelp to generate a list of America’s ‘most welcoming’ zip codes.

National Geographic editors then matched these zip codes to their corresponding neighbourhoods using this to create a list of the 28 friendliest urban enclaves.

Some are historic towns with a rich cultural past, like Chihuahuita and El Segundo in Texas. Others—including Charleston’s French Quarter, San Jose’s Japantown, and San Francisco’s North Beach—have flourished with the influx of immigrants.

Those like Austin’s Second Street cultivate a sense of community through the arts. Meanwhile, the likes of Rogers Park in Alaska bring folks together through the common use of wild spaces.

Welcoming in their own way, here are the cities Nat Geo has dubbed the ‘friendliest’ in America…

Home to the Boston Marathon, Red Sox parades, and all the chowder you could ever want.

Seventeenth-century French Protestants fleeing religious persecution created a safe haven in the Carolinas, creating the neighbourhood of steepled churches, columned buildings, and City Market we see today; get your fill of southern comfort food and hospitality.

This green and outdoorsy community is a gateway to the 11-acre Camel’s Back Park and home to an extensive Ridges to Rivers trail system for riders of all ages.

A mecca for music, art, cinema, cuisine, and fans of Willie of Nelson, whose eight-foot-tall statue marks the heart of this neighbourhood.

Looking for a Little Italy with a West Coast vibe? Head to North Beach, where beat poets, jazz, and Italian immigrants have all found refuge.

First established as a Spanish outpost in 1706, the historic old town boasts traditional adobe buildings, churches, restaurants, and galleries. Follow up a visit to the Indian Pueblo Cultural Center with green chili bread and a local microbrew.

You’ll find Little Tokyo and the Arts District in downtown Los Angeles, meaning a diverse offering of restaurants, art galleries, and urban hotels are clustered there too.

This peaceful network of nature trails lures bikers, runners, and cross-country skiers out of Anchorage’s downtown core—just watch out for moose!

The Myrtle Beach Boardwalk and its 187-foot-tall Ferris wheel offer an east-coast take on Santa Monica’s pier, while the nearby Market Common has converted a former Air Force base into a collective of cool shops and cafes.

Between the Saturday farmers’ mercato, traditional Italian joints, and Ballast Point Brewery, there’s something for everyone from foodies to families.

New York‘s iconic Times Square is a crossroads for theatre and music lovers and also a stone’s throw away from the LGBTQ-friendly Hell’s Kitchen area; between the two, there’s no shortage of bars, restaurants, and entertainment for all.

Cheer for the Badgers and you’re basically a member of this lakefront university town.

This dog-friendly neighbourhood is loaded with live music joints, sidewalk cafes, and a Saturday farmer’s market.

If soaring high-rises, rooftop lounges, and shopping centers are your cup of tea, you’ll fit right in at these downtown Miami ‘hoods.

Outdoorsy types will feel at home in this town, one surrounded by mountains and known for Seven Falls box canyon’s trails and waterfalls.

Thanks to some of the 20th century’s biggest oil tycoons, downtown Tulsa is home to some stunning art deco buildings that jive with the adjacent Tulsa Arts District and Guthrie Green Park.

This neighbourhood in the nation’s capital is designed for weekend strolls, rooftop patio hangs, boutique shopping, and antique-store rifling.

West Omaha’s historic orphanage site, Boys Town, was founded by a Roman Catholic priest by the name of Edward Flanagan in 1917. It remains a home for some of Nebraska’s at-risk youth and was the subject of an Oscar-winning film.