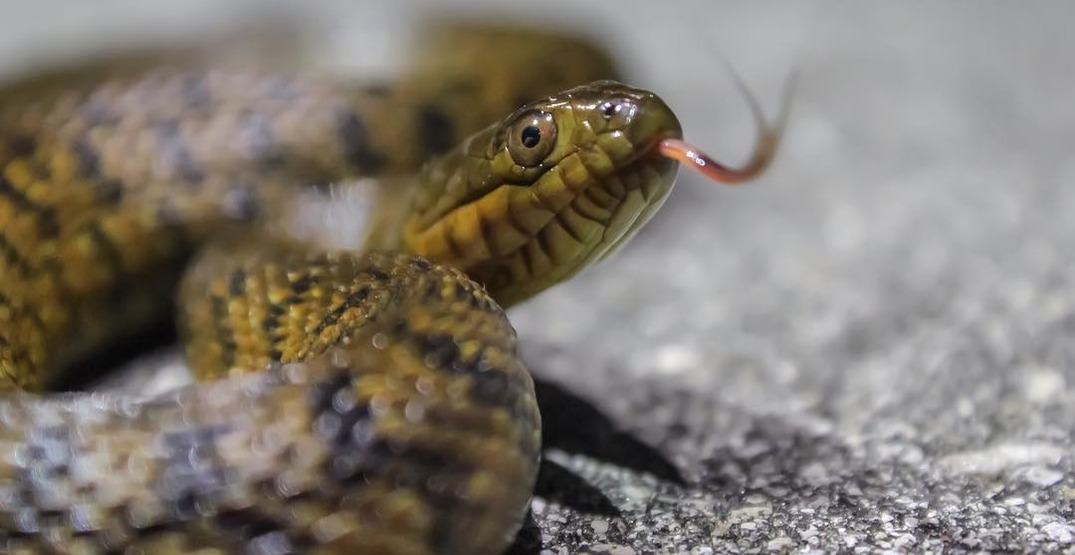 Serpents are exhibitionists! Who knew!

According to a Facebook post issued by the City of Lakeland Parks and Recreation, a portion of a park near Lake Hollingsworth was taped off to the public after a substantial number of sneaky sex-fiend water snakes were sighted.

“They are non-venomous and generally not aggressive as long as people do not disturb them,” the post reads.

“Once the mating is over, they should go their separate ways.”

If that doesn’t sound like a slogan for Tinder, we don’t know what does.

Caution tape was put up in the area as well as signs to ensure that the public was aware of the serpents’ dirty deeds.

The water snakes are native to Florida and, as their name suggests, they typically exist in aquatic habitats.

They are an essential component of the overall ecosystem, and the City of Lakeland Parks & Recreation explains that they should not be disrupted.

“While we cannot rule out the presence of other species being in that location or other locations around the lake, we believe the water snakes have congregated in that area as they seem to do yearly,” the post reads.

Basically, it’s like a sensual spring break for snakes.

However, we are not here to kink shame. If these snakes want to get down and dirty in public, more power to them!